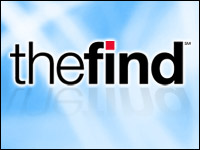 In May, TheFind reached a notable milestone: It overtook Yahoo (Nasdaq: YHOO) Shopping to become the No. 2 search engine for retail queries, according to comScore. Google holds the No. 1 slot.

A relative newcomer, TheFind has posted remarkable growth in a short period of time. In April, for example, it grew 175 percent year over year, noted founder and CEO Siva Kumar, who spoke with the E-Commerce Times about his company’s strategy and the healthy growth prospects for e-commerce, despite an overall economy that continues to be lackluster at best.

E-Commerce Times: How and why did you form TheFind?

We started Find about four-and-a-half years ago. Before then, there were some established comparison shopping sites but they didn’t pull up practical information that buyers wanted — like a complete list of all of the sellers or what items being searched could be found on sale. So people would gravitate back to the Google search engine for their shopping searches. We thought that was a disservice to shoppers and the retail space. It took a couple of years to build the technology we wanted, but in time for the 2006 holiday shopping season, we launched.

ECT: What did you do that was different in building the site?

We took a new computing approach, new algorithms. It is hard to explain without getting too technical — we have five patents on these algorithms, which is somewhat unusual.

ECT: How did the site start to build traction? In other words, how did it get to the number two spot?

A lot of it was word of mouth and then later on, press. We also got a lot of traffic from organic search results — that is, we would show up in the results of people searching for a specific item. They would try us and then become repeat users. According to comScore, people come to our site between 2.3 to 2.7 times per month, which is pretty high.

ECT: Do you think your jump to number two took the industry by surprise?

Yes, because retail search has been static for so long. Also, we don’t follow the typical model in this area, which tends to be pay for play. I think most people in the space had a “been there, done” that type of mentality for search and hadn’t thought to innovate or explore it further.

ECT: Do you think other search engines will follow your lead — that is, will new search engines coming online take a similar approach to retail search?

Not any time soon. It takes a long time to build something like this — and even longer to build traffic. I don’t know of anyone else that is working on something like this. Also, this is not a simple business to run or maintain. We are in the process of building a second data center now to handle capacity. So it is complicated and expensive.

ECT: If you don’t do pay for play, how do you make your money?

Well, any merchant can list with us for free, and we crawl the Web for results. So our search results are complete, no matter what. But we also have a cost per sale model, which means that if a retailer participates and it makes a sale because of someone we delivered to them, we split the revenue.

ECT: What is the revenue split?

It varies by category. Some products, like electronics, are lower-margin — so the revenue split reflects that. I would say it is similar to Amazon’s revenue split.

ECT: What projections do you have for the e-commerce space for the remainder of this year?

The industry is growing quite rapidly despite the recession and high unemployment. That in fact helps us, as it is also causing people to search much more to make sure they are finding the best options. People are looking for coupons, local stores, bargains.

ECT: What about mobile retail search?

Oh yes, that is very big — I was just getting to that. There is enormous growth in that. We already power all of the top mobile retail applications, such as ShopSavvy and Red Laser. We also have our own application. Our website is optimized for mobile search — plus we have our own search app as well.

ECT: Applications like Red Laser are changing the way people shop — being able to compare prices at the point of sale. Are you seeing that as having an impact on retail sales as well?