SpaceX Falcon 9 Returns Without a Hitch After Dragon Launch 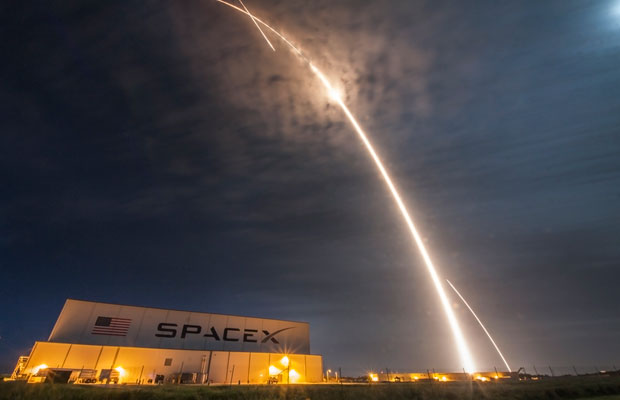 SpaceX’s Falcon 9 rocket on Sunday returned safely to Earth, touching down at Landing Zone 1 after launching the Dragon spacecraft into low-Earth orbit.

This is the second such landing at Cape Canaveral by a returning Falcon 9 rocket. The first was Falcon 9 Flight 20’s return on Dec. 22. SpaceX also accomplished three successful drone-ship landings this spring.

“As with previous first stage land and drone-ship landings from SpaceX, this achievement is a testament to the leadership and innovation of America’s commercial space industry,” NASA spokesperson Cheryl Warner told TechNewsWorld.

The Dragon’s 5,000-lb. payload included science and crew supplies, a space suit, and an international docking adapter that will enable commercial spacecraft to dock to the station when transporting astronauts as part of NASA’s upcoming Commercial Crew Program.

The ISS crew will use the station’s 58-foot robotic arm to reach out and capture the Dragon spacecraft, and attach it to the station at 7 a.m. ET on Wednesday.

Reusable Rockets on the Way?

“This is an exciting time, as we will all soon find out whether reusability really is the key to unlocking lower launch costs and higher levels of space activity, but it will probably be at least another year before early results can be measured and properly analyzed,” noted Micah Walter-Range, director of research and analysis at the Space Foundation.

“Before I say this is the age of reusable rockets, I would want to see them being reflown with paying customers or cargo aboard, and the companies making a higher profit as a result,” he told TechNewsWorld.

“If it turns out that the cost of inspecting and refurbishing flown hardware eats up the cost savings from not having to build new hardware, there’s no net gain,” Walter-Range noted.

“In real terms, the cost to lift a pound into orbit has declined by about 90 percent since the beginning of the Space Age,” noted Michael Jude, a program manager at Stratecast/Frost & Sullivan.

“Launch costs will need to decline by nearly as much,” he told TechNewsWorld. “Part of this will be the cost of launch hardware, but the real cost driver is the overhead associated with assembly, management and payload deployment.”

There were two efforts to make reusable rockets in the 1980s, noted Jim McGregor, a principal analyst at Tirias Research.

One was a single stage to orbit — a single-stage rocket that could launch and land in one piece. The other was the National Aerospace Plane, or NASP — the Rockwell X-30.

The NASP was designed to “replace the space shuttle and be able to fly directly into space at Mach 25 (25 times the speed of sound),” McGregor told TechNewsWorld. “Unfortunately, the Clinton administration killed both efforts.”

The return of the Falcon 9’s first stage to land safely at Landing Zone 1 shows SpaceX “should reduce the number of future failures to recover the booster,” he suggested. “It’s a step in regaining lost momentum in our space technology, [and] will make delivering people and equipment to space less expensive.”

What does SpaceX’s success imply for NASA’s future?

NASA “is probably much more useful providing an incentive for commercial launch operations,” he said. “If commercial carriers begin taking astronauts to the ISS, its costs will decline,” and that might lead it to contract for most of its space initiatives.

The Next Challenge for SpaceX

SpaceX is planning an unmanned mission to Mars in 2018 or 2019, Jude said. NASA “is ponying up some money to help, but it will be a SpaceX operation.”

The Mars mission will require a “fully functional Falcon 9 Heavy and a substantial number of improvements on the Dragon capsule,” Jude noted. “If it can accomplish this, then it will be ahead of the competition.”