Starboard to Yahoo’s Mayer: Our Way or the Highway 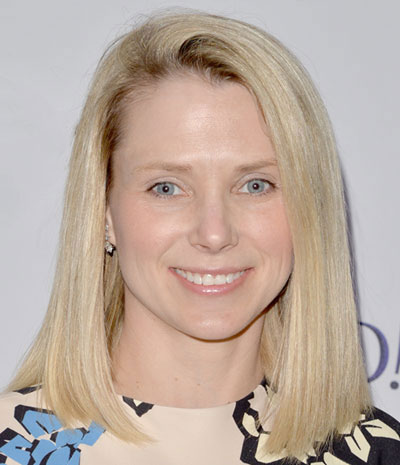 Activist hedge fund Starboard, which has been expressing dissatisfaction with Yahoo CEO Marissa Mayer’s strategy for some time, on Thursday sent a letter advising her to toe the line or expect to be ousted.

Starboard expressed concern over recent media reports that Mayer has been considering the acquisition of CNN or Scripps Network Interactive.

Starboard also appears worried about what Yahoo will do with its remaining shares of Alibaba, now that more than 60 days have passed since its IPO.

Rumors that Yahoo is considering a cash-rich split-off of non-core minority equity interests are problematic for Starboard, which called on Mayer to significantly reduce costs to improve profitability in the company’s core business.

Finally, Starboard reiterated a demand it first made in September that Yahoo consider a deal with AOL.

Not heeding Starboard’s advice “would be a clear indication to us that significant leadership change is required at Yahoo,” wrote Jeffrey Smith, managing member of Starboard.

The Thrust of Starboard’s Arguments

A cash-rich split-off would have Alibaba create an entity with two-thirds cash and one-third operating businesses that would be exchanged for Yahoo’s remaining stake in it.

Yahoo owned 24 percent of Alibaba’s stock before the latter’s IPO in September. It sold 40 percent of its shares following the IPO, raking in US$9.4 billion.

Starboard is concerned that assessing the valuation of the operating businesses Yahoo would get, which are in China and Japan, would be difficult.

Further, the exchange could shortchange Yahoo shareholders. It would give Yahoo lots of cash “which could then be used for large and potentially value-destructive acquisitions,” wrote Smith — presumably a reference to CNN and Scripps — and “introduce unnecessary transaction complexities and execution risks given the required third party participation.”

However, Yahoo has not approached Time Warner about buying CNN, or talked to Scripps about acquiring it, The Wall Street Journal reported.

A properly structured combination with AOL could allow for a tax-efficient separation of Yahoo’s non-core minority equity investments, produce cost synergies of $1 billion to $1.5 billion, and provide a strong growth platform given AOL’s progress in mobile and video advertising, according to Starboard’s Smith, who has been advocating for such an arrangement since last year.

“Pushing AOL is just like injecting poison into Yahoo,” declared Trip Chowdhry, managing director of Global Equities Research. We don’t know what will work, but we know for sure what won’t work — and AOL is not going to work.”

On the other hand, AOL “is stronger in content [than Yahoo] and the two firms are similar enough that one team could likely run both with possibly some economic advantage,” suggested Rob Enderle, principal analyst at the Enderle Group.

However, Starboard’s “view is tactical — investors tend to think in quarterly periods — so a critical strategic problem would go unseen by them,” Enderle told the E-Commerce Times.

Is Starboard Helping Yahoo or Itself?

Starboard “is sowing the seeds of a total disaster for Yahoo, and Mayer should ignore them,” Chowdhry urged. “Its recommendations will push Yahoo into the day-before-yesterday’s world.”

Mayer’s strategy “is the right strategy,” he told the E-Commerce Times.

Yahoo “should buy the future — spend $1 billion every quarter buying the top five companies in each category,” Chowdhry recommended. “The strategy should be how to be a company three to four years out which neither Facebook nor Google can be, not buy something that’s a declining business asset.”

Can Starboard Force Mayer Out?

It’s not clear whether Starboard has the clout to see Mayer ousted.

Over the past 52 weeks, Yahoo’s share prices have risen from $32 to $52, and Mayer’s spending spree — she bought 37 companies in 20 months — is focused on small firms in four areas: core content; social; gaming; and video and conference calls.