Storage Analyzer: A Must-Have App That Has No Business Being Free 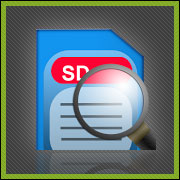 Storage Analyzer,a mobile app from LeveloKment, is available for free at Google Play. 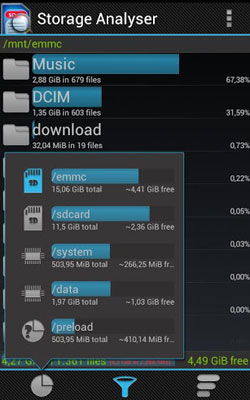 I’ve been running into major headaches with file-storage memory on my Android tablet.If you too have been having problems getting files to fit on your device, it may notbe that your device’s memory or SD card is full, but that phantom files are hoggingresources.

I’m usually — carefully — buying cheap gear. In the device business, that usuallymeans limited on-board memory. I justify these self-imposed memory limits tomyself by arguing that I generally stream media and don’t use file-sharing. Therefore, Idon’t need much memory. I believe myself.

Of course, we all know that this memory Scrooge-ery doesn’t work. You need as muchmemory as you can get your hands on. Or do you?

I got to find out the other day when I was trying to perform a simple, lean PDF downloadfrom a Web browser. The minuscule file failed to download. Reason: Memory was full.This had happened a few times and was beginning to turn into an irritation.

A file exploration with the stock-file manager and then Root Explorer — which requiresroot — didn’t find any voluminous files that could be using resources. There were nophoto albums or movies on the device, and I’d already cleared out the topographic maptiles I hoard.

I was about ready to do an onerous factory reset when a Web-based search prompted mydiscovery of LeveloKment’s free Storage Analyzer tool in the Google Play Store.

The app promised to identify bulky, space-consuming files and folders.

Would Storage Analyzer let me identify an outsized, space-hogging file that was makinga device useless? The answer is, yes it did.

Within a few seconds of install and launch, it had identified an overweight DCIM imagethumbnail. The multiple-gigabyte file had taken on obese proportions and was in needof gastric surgery. A simple file delete got rid of it, the device didn’t blow up, and I wasable to continue. Nice job.

Unlike other storage optimization apps — like Kalyani’s SD CARD Storage Optimizer Pro, for example — LeveloKment’s Storage Analyzer searches for bloated files across partitions. That meansit looks in hard-to-find SD Card partitions, obvious SD cards, and on the system itself. Thatresults in a better chance of finding the corpulent file. A quirk in Android file structuremeans that multiple SD card partitions can be used — all named “SD Card.”

Files can be ordered graphically by size with this app, so it’s amazingly easy to see wherethe problem is.

For those rooted, root options allow file size-readings in the data folder. A simple “use surights” check box gets you superuser rights and lets you into the troublesome folder.

Data folders can hold file chunks left over by removed apps, so it’s a good source of space-liberation. Even if you’re not rooted, you might be able to free-up space by checking datafolders on your accessible SD card or cards.

For my purposes, all I needed was the large file-size functions. However, includedfeatures that may come in handy sometime include ordering by the amount of files, copyingand moving, and including or excluding folders.

This is one of those must-have apps for anyone who has owned an Android tablet orsmartphone for a while. Redundant files accumulate with time. Before going out andbuying a new device because memory is full, or even investing in an upgraded SD card,run LeveloKment’s Storage Analyzer.

You may not need more memory, or a new device. LeveloKment — you need to charge for this. 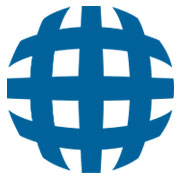 News Corp. Goes Back to School With a Teacher-Friendly Tablet