Consumers are becoming increasingly accustomed to being able to consume online content at the time they want and on the device they want — and that device now includes the television set, according to a new study by NPD.

The television is encroaching on turf usually occupied by mobile devices or PCs mainly because an increasing number of them have built-in connectivity or can be connected to the Internet through a connected Blu-ray player or set-top box, according to Riddhi Patel, NPD DisplaySearch Research Director of Consumer Insights.

For cable companies fearful of the cord-cutting trend gaining traction, there is some hope to be gleaned from the study. It also found that 44 percent of consumers surveyed said they have no interest in viewing that content on their TVs. Thirty percent indicated they simply do not own the necessary devices, but of these respondents only a third said they would be interested in doing so if given the possibility of viewing online content on their TV.

How Will Cable Companies React?

Still, even a solid constituency of viewers declaring they will never turn to the Internet for content to watch on their televisions, cable companies have simply got to react to the growing demand of users that want to access online content via their television sets, David Johnson, principle of Strategic Vision, told the E-Commerce Times.

“If the cable companies see demand reaching overwhelming levels, like they do now in cities such as New York or Los Angeles, this is something they will have to do,” he said. “They may not like it, but they will do it — cable companies don’t want to do the way of the phone booth.”

If they don’t move now, they will have to in a few years, Johnson added. “I have seen studies that show that while the older generation doesn’t necessarily want to go through the trouble of tapping the Internet for content, the younger generations like the idea. So demand will increase by each passing year, especially as the Millennials buy more durable goods — like expensive television sets.”

NPD did not respond to our request for further details. 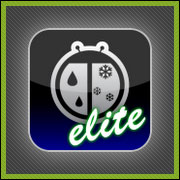