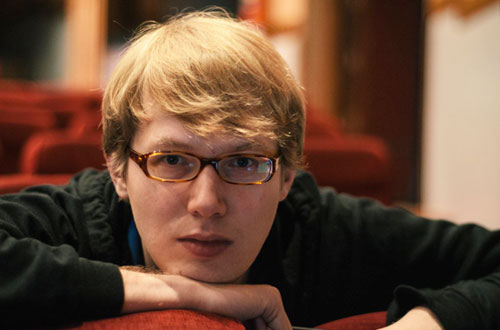 The open source community is “quite a sick place to be in,” Red Hat engineer and Systemd developer Lennart Poettering said Monday in a post on Google+.

“The open source community is full of [assh*les], and I probably more than most others am one of their most favorite targets,” Poettering added. “I get hate mail for hacking on open source. People have started multiple ‘petitions’ …. asking me to stop working. Recently, people started collecting Bitcoins to hire a hitman for me (this really happened!).”

Linux creator Linus Torvalds himself gets a significant share of Poettering’s blame, but in general, “the Linux community is dominated by western, white, straight, males in their 30s and 40s these days,” he wrote. “I perfectly fit in that pattern, and the rubbish they pour over me is awful. I can only imagine that it is much worse for members of minorities, or people from different cultural backgrounds.”

Bottom line, though, is that “open source is awful in many ways, and people should be aware of this,” he concluded. “I have no intentions to ever talk about this again on a public forum.”

“While community members may engage in healthy, sometimes spirited dialogue, it is essential that all community members are treated with respect,” she added. “Hateful or abusive behavior is unacceptable and cannot be tolerated in any community.”

Poettering did not respond to our request for further details.

“Poettering makes some good points, and they’re not new — I’m always a little surprised that civility is still controversial,” Linux guru Carla Schroder told LinuxInsider. “I don’t blame him for being upset, because he has been the target of some seriously twisted and vicious attacks.”

The world of free and open source software is “far from being a meritocracy; it is as political and personality-driven as any other human endeavor,” Schroder said.

As for fixing the problem, “it’s futile to hope that Linus or anyone else will change their management styles; it would be nice if having rhino hide were not the No. 1 requirement to become a contributor in so many Linux projects,” she added. “You don’t attract and keep contributors by being abusive, a simple truth that still escapes many.”

Looking ahead, “it’s going to take a ground-up, grassroots shift as the old guard ages out and new generations come on board, and I think it will happen,” Schroder predicted. “There are quite a few non-kernel FOSS projects that make diversity and community-building priorities, and those are the ones that succeed and grow over the long term.”

Poettering is “an amazingly talented guy, doing a really good job of pulling Linux into a sensible, maintainable shape — so I’m rooting for him,” agreed LibreOffice contributor Michael Meeks.

“To a degree I think he is right, but it is perhaps more to do with Internet discourse than open source,” Meeks told LinuxInsider.

“Often in life vehemence is inversely proportional to influence, so I would expect Lennart to say little and mean much, and in contrast his opponents to spew bile, if only to get heard,” Meeks said. “I’m slightly surprised that Lennart seems to be suddenly hearing them, though. ;-)”

It’s interesting to note that “at conferences, when you have to look someone in the eye and say this stuff, people tend to get on really rather better,” Meeks pointed out.

In general, though, “Lennart talks about curating his community with moderation and other tools; in the LibreOffice community, I see those tools get used extremely reluctantly and sparingly — which is to my mind a good thing,” Meeks added. “I certainly agree that some form of positive leadership by example in constructive discussion is helpful, and it is certainly hard to build a friendly and focused community — but that’s true in any nonprofit setting.”

‘Bullies Are Not Happy’

There has always been “a rudeness in the Linux kernel development community and in many, if not most, open source software projects whereby mailing lists, IRC, social media and other outlets can become breeding grounds for disrespect, harassment and bullying,” suggested Jay Lyman, a senior analyst for enterprise software at 451 Research.

“I tend to think this shows a lack of self-respect by the people saying nasty things, making threats and trying to play out high school social games and intimidation instead of focusing on code, improvement, innovation, communication and respect,” Lyman told LinuxInsider.

“We know from grade school that bullies are not happy, that they are threatened, and that they can be a danger to themselves and to others if they are not confronted,” he observed.

Meanwhile, “anyone who has ever been involved with an open source project knows that it’s not just about the code — it’s about the community,” Lyman said. “Disrespecting, threatening and generally turning people off does not build community.”

In fact, “by mistreating and repelling talented contributors and community members, the bullies of open source software are reducing their opportunity and increasing their risk while taking their eyes off the code,” he pointed out.

‘Part of This Is Human Nature’

There is dysfunction in any organization, and in an electronic and geographically distributed community, a lot of that dysfunction gets documented and exposed in ways that may be more obvious in a Google search than via private settings, Al Hilwa, a program director for software development research with IDC, told LinuxInsider.

“I am going to guess that the issues in the open source communities are not very different than in many dev teams in the corporate world,” he said.

“I do think that there is a bit more accountability and checks and balances that sometimes help re-set things in the corporate world, such as HR departments and such,” Hilwa observed, “but part of this, sadly, is human nature.”