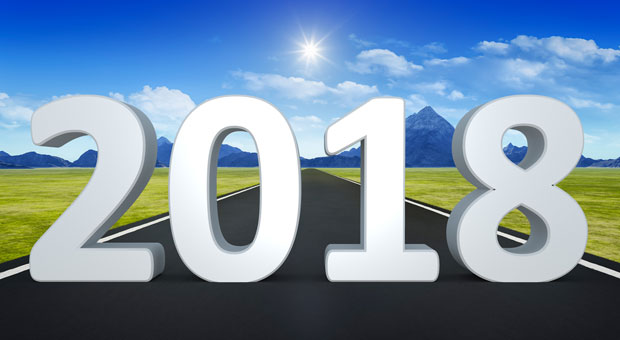 Guesswork is often involved in predicting the “next big thing” — butwith CES just a week away, the future is almostnow. The annual international trade show, as well as other industry events following one afteranother — including ITExpo, Gitex, Mobile World Congress and Techspo — means there will be no shortage of product announcements, technologyunveilings, and proclamations about the tech of the future.

However, the truth is that for every hit product or trend in years past — such as the DVDplayer, iPhone or streaming media — there have been plenty of misses. In recent years, 3D made a comeback of sorts, and it was heralded as the future of movies and TVs. Yet few viewers are donning the cumbersome glasses today. Who remembers DivX or the Zune? And whatever happened to WiMAX?

To predict the future, one must not only consider what is trending now, but alsoponder what is missing. 3D didn’t take off in 2012 for the same reasons that it was a novelty in the 1950s, again the 1960s, and even in the 1980s.

Technology that truly is innovative doesn’t look to solve a problem that isn’tthere. The next big thing — or things — will address the demands ofconsumers and the needs of businesses, and make life better. Tech innovation could comein many different forms.

Digital money, also known as “cryptocurrency,” was certainly in thespotlight at the end of 2017, thanks to bitcoin’s meteoric rise. However, bitcoin is just one of the more popular alternatives to traditional cash. Cryptocurrency could be among the big trends to watch in 2018.

“We now have something like 1,200 different [digital currency] productsout there, and more every day,” said Jim Purtilo, associate professorin the computer science department at the University of Maryland.

“This tells me we’re in for a ‘trough of disillusionment,’ as morepeople look into this but without the perspective to figure out whenthey are getting value or even to tell when the products work,” he told TechNewsWorld.

One downside could be that these technologies aren’t quite asuntraceable as people may think — but that likely won’t dissuade those intent oninvesting in cryptocurrency.

“There is spectacular promise in the algorithms, but the markets have alot of shakeout to go through before the promise is realized,” Purtilosaid. “We’ll see some of that shakeout in the coming year before somesmart innovator can blend together ingredients for the right secretsauce that everyone likes.”

It is still doubtful that the machines will rise up against the humanmasters in 2018, but it is likely that artificial intelligence will continue to get smarter and possibly take on new roles.

“Machine learning and artificial intelligence will penetrate furtherinto our lives and impact a lot of the processes that are currentlymanual,” said Greg Sterling, vice president of strategy and insights at the Local Search Association.

“This will be especially true in online marketing and digital media,”he told TechNewsWorld.

However, hype may outpace reality in terms of what exactly computers cando, and many of AI’s advances may be evident only behind the scenes.

“AI is going to surpass robotics in the public’s eye when we discussautomation and work force policies,” suggested Purtilo.

“That is a little artificial as a distinction, since robotics hasalways been perceived as an AI thing, but AI’s increasing power willbroaden the discussion,” he said.

“In 2018, it won’t be just entry-level workers in a fast food chainlosing jobs to a burger-flipping robot,” Purtilo predicted. “It will be financial servicesadvisors and law clerks losing jobs to deep learning algorithms.”

To get there, companies may need to rely on consumers to providethe raw data points that will be needed to improve such systems.

“It will be a frustrating year as these assistivetechnologies, which aren’t quite helpful yet, offer suggestions andrecommendations that don’t provide the solutions we are really lookingfor,” said Crandall, “but don’t fret — the technologies will continueto improve and become more personalized.”

Another trend that has long been on the cusp has been wearables — yeteven Apple has been only marginally successful with its Watch. 2018could be the year that wearable devices finally go mainstream — but to doso, they may need a redesign.

“The [current] form factors are simply too limited to justify whatcontinue to be premium prices for smartwatches and high-end fitnesstrackers,” said Charles King, principal analyst at Pund-IT.

That development could require a shift away from wired devices — such as earbudsfor smartphones — to Bluetooth-enabled headphones and speakers.

“This could also portend the rise of other wireless peripherals thatleverage smartphone brains for enhanced functions and services,” Kingsuggested.

Seeing — or in the case of wearable devices, not seeing — may be believing.

“Wearables are going to be more present and more invisible than ever in 2018,” said Julie Sylvester, a producer at Living in Digital Times.

“Longer battery life, more fashionable form factors, easier to wear, and more sustainability are going to contribute to wider adoption of wearables in 2018,” she told TechNewsWorld.

Where wearables are worn likely will continue to evolve in 2018 and beyond.

“More and more workplaces will be either issuing wearables to theiremployees or making accommodations for wearables,” said Robin Raskin,founder of Living in Digital Times.

They could be used for training, facility access and evenpayment. Glasses may make a comeback in the workplace, for applications such as training,she told TechNewsWorld.

Circuits could be woven into the bioengineered materials — thinkleatherless leather — which could be useful for retailersand consumers alike.

“Imagine a tag that knows that it’s real not counterfeit, or that it’sleft inventory, or that the owner should get a coupon for shoes tomatch,” said Raskin.

Putting one’s best face forward could be the akin to showing a photo ID. Just as fingerprints can be matched to one individual, the characteristics of one’s face also are unique — even though people may seem to look alike. Facial recognition technology could becomefar more widespread in 2018.

Apple already has taken a leap with the release of the iPhoneX, which allows users to unlock the handset by looking at it.

Apple isn’t the only company to explore the possibilities.

“Facial recognition is already here, behind the scenes in anincreasing number of commercial and public spaces,” Rogers told TechNewsWorld. “Soon it will show up everywhere from cash registers and ATMs to homesecurity systems and smart signs that tailor content to the viewer.”

The ease of simply being scanned to be recognized maycome with a downside, however.

“It will represent another significant loss of privacy — this time,public anonymity,” Rogers explained. “It may be some kind of consumerapplication that actually creates the most public concern — somethingalong the lines, perhaps, of ‘Who’s that cute girl?'”

It would be easy to suggest that the years 2007 to 2017 — from thearrival of the first iPhone to the latest model — have been thedecade of the smartphone. Apple’s iPhone and Google’s Android operating system helped grow and transform the market, snatching it from previously dominant BlackBerry and Palm.

“Video will drive the market for mobile service and devices in 2018,”said Steve Blum, principal analyst at Tellus Venture Associates.

“Consumer electronics is collapsing into a two-product industry –smartphones and big screen televisions — and the balance is tippingtowards phones,” he told TechNewsWorld.

“The end of Net neutrality will accelerate the shift, as the big fourU.S. mobile carriers use their control over network traffic andservice pricing to sell more content and capture more viewing time,”Blum added.

It’s likely that an old buzzword could make a comeback.

“That is ‘convergence,'” said University of Maryland’s Purtilo.

“I base this prediction on the emergence of tools for leanmanufacturing of progressive apps, which are browser-based programsthat work seamlessly across many platforms,” he explained.”Instead of making one app for an iPhone and a second for Android, abuilder can create a single product for all, and leverage very clevercaching techniques to ensure it works fast too.”

That could keep build costs low, while inviting developers to investeffort into designing products that combine the functionality of many smaller apps.

“Why have dozens of inconsistent apps on your phone when one servicewith a common interface will offer better value?” Purtilo pondered.”Consumers will converge on progressive apps because of the utility,and companies will have business incentives to be the ones offeringconsumers those services.”