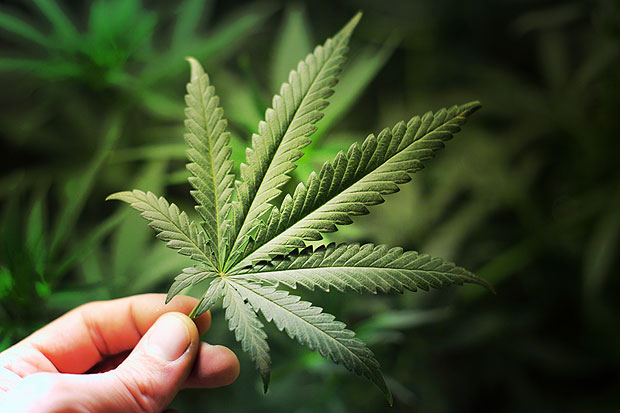 The budding online cannabis industry has a long way to go before it delivers bumper crops. The market for both recreational and medicinal cannabis has been plowed and pre-seeded by the previous underground market and the impetus of state laws legalizing its use.

Still, the cannabis industry is almost invisible online, cloaked as it is in a broad ad and search engine blackout. A micro-compliance hazard requires not just a state-by-state approach to addressing legal requirements, but navigation of a city-to-city snarl of rules too.

“The cannabis industry is very tricky in terms of selling products online. Even though CBD is technically legal and some companies are selling their products online, the reality is many websites, email marketing, and banking platforms are shutting down accounts who are affiliated with cannabis,” said Chelsey Moter, CEO of marketing firm Cannack.

“It is still illegal on a federal level so many companies like Mailchimp, Paypal, Stripe, Wix, Shopify and many others are choosing to abide by the [federal] law,” she told the E-Commerce Times.

“Marijuana industry experts estimate that the nation’s medical and recreational marijuana market is currently valued at US$8.3 billion, and project that it will surge to $25 billion by 2025,” said Michael Coleman, VP of online sales and marketing at Medical Marijuana Inc., the first publicly traded cannabis company.

“In four years’ time, the U.S. cannabis industry is expected to deliver as many as 340,000 full-time jobs, and make a nearly $80 billion economic impact,” he told the E-Commerce Times.

Lost in a Blackout

While estimates vary, the consensus is that the cannabis market is massive and yet to be tapped. It is essentially the gold rush of our time.

“People have already said we sell more marijuana than Oreos. Once the federal government decriminalizes the industry, growth will be endless and international trading will open up as well,” said James Christensen, co-owner of Territory Dispensary, a medical cannabis dispensary in Arizona.

However, it’s exceedingly difficult to sell a product online when the product and entire websites are effectively blacked out. Efforts to sell such products become invisible to prospective buyers.

The first and most obvious problem is that cannabis-related companies can’t run Adwords campaigns,” he told the E-Commerce Times, “and ad campaigns on Facebook and other ad networks are highly restricted.

One way around that obstacle is using third-party tools — such as SEMrush or Ahrefs — that use clickstream data to estimate search volume, he suggested.

Finding the Light – and the Buyers Online

“All this really means is that cannabis companies with an online presence have to be conscious and creative when it comes to promotion,” said Barajas.

“You CAN mention marijuana and related terms on your landing pages, just not in the ad. SEO is still a very profitable source of traffic for marijuana-related companies, but they really need to put their marketing hats on to promote their businesses online,” he added.

There are other workarounds too, since not all companies are discouraged by federal law in the face of such a huge market — and much of it legal in various states.

“Hubspot is a very cannabis-friendly CRM which can integrate with these platforms and still save all client data even if one platform shuts you down,” said Cannack’s Moter.

“It also has sales and marketing tools that allow businesses to host a website, conduct email marketing, automate social media, and so much more that’s ideal for these types of businesses,” she noted.

However, you can’t legally sell cannabis online — yet. So that requires a workaround too.

“Some growers have set up a catalog-style type of website for distributors to check inventory or for dispensaries to display products,” said Moter. “It’s like a pre-order system without the actual transaction taking place online.”

Be aware, there’s still some danger in putting yourself “out there” where the feds can see you and soon might come knocking at your door.

“Since marijuana — medical or recreational — is still federally illegal but legal in many states, any marijuana business is technically in a legal gray area. DEA raids of state-legal dispensaries unfortunately used to be very commonplace,” recalled Medical Marijuana’s Coleman.

“In the last couple of years, federal policies have prevented the DEA from allocating funds toward enforcing federal laws on state-legal dispensaries. This has helped dispensary owners breathe a little easier, but there is still risk these protections won’t be permanent,” he added.

Blame conflicting laws for banking, transactional and delivery issues too.

“We can’t make or sell anything online yet, but patients can place an order online and pick it up in the dispensary. Next steps will be to venture to the delivery game,” said Territory Dispensary’s Christensen.

“Right now, because online ordering is only subject to order and pick up in store, we only have to worry about complying with Arizona’s cannabis laws. Once delivery goes live, we will have to take the laws regarding which state the products are being shipped to into account,” Christensen explained.

Delivery issues become moot if transactions can’t be concluded online. Indeed, banking issues haven’t even been ironed out in states where cannabis sales are legal.

Some think there may be an eventual upside to the banking problems.

“Finding a merchant account with a reputable bank behind it is becoming harder to do as banks are staying away from CBD products. The silver lining is that this will weed out the bad players and those that operate above the law, with accurate advertising claims and quality product, will survive,” observed Paul Miller, president of Lokus Nutrition, an e-commerce CBD company.

Despite the many challenges, the industry is unconcerned that the dreams of big money will go up in smoke.

“There is massive demand for medical and recreational marijuana,” said Coleman, “so dispensaries make do despite the extra hoops that they must jump through.”