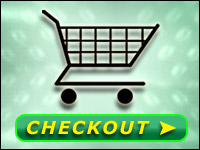 This story was originally published on Aug. 23, 2013, and is brought to you today as part of our Best of ECT News series.

What are the three objects that you’re most likely to grab as you leave the house today? They are likely to be your keys, your smartphone and your wallet, complete with cash and plastic bank cards.

Well, if some forward-thinkers have their way, within a short time you’ll just be grabbing the keys and phone only — the plastic stays at home.

Digital wallets — a theoretical promise since the inception of the chip-based smart bank cards that are common outside the U.S. — maybe about to go mainstream.

The shift may not be to chip-and-PIN-enabled plastic cards or touchless Radio Frequency Identification, also called RFID cards, common in public transport systems.

Rather, changes in consumer behavior and take-up of smartphones means that many consumers would rather grab their phone than an inanimate wallet with its paper and cards — an almost 100-year-old and rather dull technology.

Instead, we may be about to see a technological leap in the U.S. whereby classic magnetic-stripe cards are superseded by various software-driven, smartphone-derived technologies rather than electronic smart cards like we have seen proliferate in the rest of the world.

Katie Baynes reckons her product, Square Wallet, is the most seamless way to pay with a phone.

“Customers can simply open the app and check in to the nearby business they’re visiting, then simply say their name at checkout to pay,” she told the E-Commerce Times. 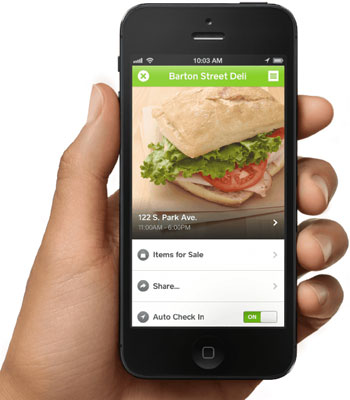 Square Wallet uses some remarkably low-tech solutions, one of which is to get the user to register an existing bank card along with a photograph of themselves. Then, when they want to pay for something in-store, the merchant can verify the user based on the photograph that appears on the store terminal.

PayPal has been working on a similar photo-based identification system.

The technology used includes WiFi rather than Near Field Communication, which involves additional hardware that adds to the cost. It is expected that future smartphone growth may be in mid-range phones, not high-end.

Baynes also thinks smartphone-based interactions allow for customer discoveries and merchant intelligence on the customer that cash and cards don’t.

“Customers can pay at their favorite neighborhood businesses, discover new ones nearby, explore menu listings and view purchase receipts,” she explained.

“For sellers, Square Wallet is a great way to get to know their customers better, welcome first time visitors and reward their regulars,” Baynes said.

“The payment card is charged automatically, without taking anything out of your pocket or purse,” she added. “For your favorite merchants, there is the option to set up automatic check-ins, which will inform the cashier that you’ve arrived when you enter the business, without even taking out your phone.”

Another digital payment player, of course, is Google.

Google has been going the hardware route with “Tap and Pay” development, but it’s also hedging its bets by building heavily on its APIs for mobile. APIs are easy-to-use tools for building applications that a programmer can work with rather than coding from scratch.

The user sets up their account in advance and then presses an in-app button to make the purchase. Taxi apps are an example of how Google sees this API being used.

A second Google API is the Wallet Objects API that connects loyalty cards to Google Wallet, tying in with location services along the way.

In general, users can be split into those making mobile and online transactions and those making in-store transactions, suggested Jenna Wyer, chief sales officer for Lemon, a cloud-based digital wallet service that’s device-, platform-, carrier-, country- and processor-agnostic and that stores a digital copy of your cards on your smartphone.

“For mobile and online transactions, we are absolutely seeing a move as consumers try to avoid pulling out their physical wallet,” Wyer told the E-Commerce Times. “For in-store transactions I think consumers are perfectly comfortable paying with cash and credit cards.

“A consumer never wants to ‘hold up the line’ or give the perception their card was declined, so paying the old-fashioned way is fine,” she added. “What if the app crashes as you are trying to pay? Or you need to get online while in the store and don’t have wireless access?”

For mobile and online transactions, consumers are looking to finish with the least number of taps or clicks, Wyer added.

“The process of just creating the profile for the first time can take too long,” she said. “A consumer wants to create their profile including billing, shipping and payment info just once and manage that data in one place.”

Lemon stores the user’s whole “transactional identity” in the cloud, not just payments and rewards. That can include everything they store in their physical wallet, including IDs, medical cards, payment cards, receipts, rewards cards and so on.

Since the 1950s, consumers have been accustomed to processors such as VISA, Diner’s Club and a few others. Then money-sender PayPal showed up in the naughties, as the Web got going.

Facebook will soon test a mobile payment system with verification through Facebook credentials, whileIsis is prepping for launch with banks on board.

“Most people don’t sleep with their purses on their bed stand,” Wyer pointed out. “However, they do sleep alongside their mobile devices.”