Salesforce.com at its Dreamforce conference in San Francisco today debuted a database in the cloud service, Database.com, that combines attractive heterogeneous features for a virtual data tier for developers of all commercial, technical and open source persuasions.

Salesforce.com is upping the ante on cloud storage services by going far beyond the plain vanilla elastic, pay-as-you-go variety of database and storage services that have come to the market in the past few years, with Amazon Web Services as a leading offering. [Disclosure: Salesforce.com helped defray the majority of travel costs for me to attend Dreamforce this week.]

Database.com offers as a service a cross-language, cross-platform, elastic pricing data tier that should be smelling sweet to developers and — potentially — enterprise architects. Salesforce, taking a page from traditional database suppliers like Oracle, IBM, Microsoft and SAP/Sybase, recognizes that owning the data tier — regardless of where it is — means owning a long-term keystone to IT.

If the new data tier in the cloud service is popular, it could disrupt not only the traditional relational database market, but also the development/PaaS (Platform as a Service) market, the Infrastructure as a Service market, and the middleware/integration markets.

Even more fascinating is the prospect of Database.com becoming a new data services resource darling of open source developers, just as they are losing patience and interest in MySQL, now under the stewardship of Oracle since it bought Sun Microsystems. This is a core constituency that is in flux and is being courted assiduously by Amazon, VMWare, Google and others.

IBM, Microsoft and Oracle will need to respond to Database.com — as will Google, Amazon and VMware — first for open source, mobile and start-up developers and later, to a yet uncertain degree, enterprise developers, systems integrators and more conservative ISVs.

So, be sure, the race is on generally to try and provide the best cloud data and increasingly integrated PaaS services at the best cost that proves its mettle in terms of performance, security, reliability and ease of use. If recent cloud interest and adoption are any indication, this could be killer cloud capability that becomes a killer IT capability.

Database.com already raises the stakes for cloud storage providers and wannabes: The value-add to the plain vanilla storage service has to now entice developers with meeting or exceeding Salesforce.com. By catering to a wide swath of tools, frameworks, IT platforms and mobile device platforms, Salesforce.com is heading off the traditional vendors at trying to (not too fast) usher their installed bases to that own vendor’s brand of hybrid and cloud offerings. Think a lock-in on the ground segue to a lock-in in the sky slick trick.

Both Amazon and Salesforce.com have proven that developers are not timid about changing how they attain value and resources. This may well prove true of how to access and procure data tier services, too, which makes the vendors slick cloud segue trick all the more tricky. Instead of going to the DBA for data services, all stripes of developers could just as easily (maybe more easily) fire up a value-added Database.com instance and support their apps fast and furious.

The Race for Scale

The stakes are high on attracting the developers, of course, because the more data that Salesforce attracts with Database.com, the more integration and analytics they can offer — which then attracts even more data and applications — and developer allegiance, and so on and so on. It’s a value-add assemblage activity for which Salesforce has already shown aptness with Force.com.

What remains to be seen is if this all vaults Salesforce.com beyond it roots as a CRM business applications SaaS provider and emerging PaaS ecosystem supporter for good. If owning the cloud data tier proves as instrumental to business success (as evidenced by Oracle’s consistence in generating envious profit margins) as the on-premises, distributed computing DB business — well, Salesorce.com is looking at a massive business opportunity. And, like the Internet in general, it can easily become an early winner takes all affair.

It’s now a race for scale and value, that cloud-based data accumulation can become super sticky, with the lock-in coming from inescapably attractive benefits, not technical or license lock-in. Can you say insanely good data services? Sure you can. But more easily said than done. Safesforce has to execute well and long on its audacious new offering.

But what if? Like a rolling mountainside snowball gathering mass, velocity and power, Database.com could quickly become more than formidable because of the new nature of data in the cloud. Because the more data from more applications amid and among more symbiotic and collaborative ecosystems, the more insights, analytics and instant marketing prowess the hive managers (and hopefully users) gain.

In the end, Database.com could become a pervasive business intelligence services engine, something that’s far more valuable than a cheap and easy data tier in the sky for hire. 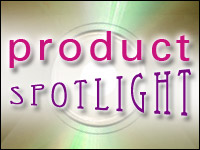