The Fine Art of Belly Scratching

I was at a dinner at a working cattle ranch outside of Denver not long ago, but it was a ranch with a difference. Rather than raising cattle for the table, the business raised breeding stock and sent animals and other products, like embryos, all over the world.

Every animal on the ranch had its genetic makeup tracked in a database and a unique ear tag that told something about it. I thought it was cool the way this business applied science to the ancient practice of animal husbandry. Not everything was about genetics, though — some of it was more about psychology.

As entertainment, a real cowboy (hey, I’m from Boston, OK?) was tending to a young bull outside the restaurant, and I went over to check things out. The bull was not full-grown, weighing in at about 2,300 pounds. The cowboy gave me a lot of information.

Then the bull got a little restless. Honestly, it was something I couldn’t pick up on — but the cowboy, with his experience, easily could. He picked up what looked like a long prod. I couldn’t figure out what he was going to do with it, but what he eventually did completely surprised me. He began gently stroking the bull’s belly — that’s all.

When I asked what he was doing, in typical cowboy fashion he said something I didn’t consider an answer to what I thought had been a direct question — but I haven’t forgotten it.

“Everybody likes to get their belly scratched,” he said, and that was that. As confirmation the bull seemed to relax.

Of course everybody likes to get their belly scratched — both physically and metaphorically. Whether it’s in business or your personal life, a little communication that says, I understand you and you’re OK, is an important elixir.

Hold that thought for a moment, please.

About six months ago, I was speaking with a community manager, someone who helps businesses develop and run communities that reach out to improve bilateral understanding between vendors and customers. The woman happened to be a former elementary school teacher, and we were talking about the power of using gamification and badges in a community setting.

I was doing research for a book — and frankly, I was skeptical of the value of badges as rewards for community participation. After all, we were talking about adults, right?

“You’d be surprised,” the former teacher told me. “Everybody likes being recognized — kids, adults, it’s all the same.”

All this got me thinking about incentive compensation plans. They’re all a kind of belly scratching and it makes me wonder why in business, we treat incentives so casually. Why, for instance, don’t we put everyone on an incentive plan of some kind? Why just sales people? If we know incentives are so powerful, then why don’t we do a better job of targeting the behaviors we want to cultivate?

First things first. Many businesses provide some form of retrospective attaboys for a job well done. However, reward after the fact without some form of objective reduces the reward to a random act of kindness. I am not against kindness, but this is business. The goal should be repeatability, not randomness. If rewards are randomized, the idea of incentivizing good behavior flies out the window.

Incentives are not enough, in any case. Every day, we see examples of sales people with incentives and overly broad goals gaming their compensation plans, as Chris Cabrera points out in his new book, Game the Plan.

Incentives have to come with crisp and concrete objectives. Otherwise, if there is a path of lesser resistance to the goal, some people will undoubtedly take it — and they should, because it’s in their self-interest. This results in the incentives being paid without the objectives being attained, and that’s not good.

For example, in any company with more than one product, a sales goal focused only on a revenue target makes for a compensation plan that’s begging to be gamed. We all know that revenue mix is important, or one part of the business can get too busy while another does little. Worse, some products are more profitable than others, and tracking only gross revenue loses that. Yet creating objectives and incentives detailed enough to cover all this is a tall order.

For all of human history, the path of least resistance has been the standard operating procedure — but something amazing happened when database systems became available in the cloud, and companies like Xactly began tailoring them to the incentive compensation question.

With a system to monitor and report on all of the myriad happenings in the revenue generation process, it’s now a trivial matter to develop objectives and incentives for sales teams and even the whole enterprise. Individualized objectives and rewards can be programmed, and detailed scoring can provide unambiguous answers to some of the thorniest issues in motivating and managing a team.

Not long ago, incentive compensation systems were thought to be a boon to the CFO, enabling a business to reconcile all of the accounting for commissions at the end of a quarter. They certainly do that, but if you think that’s their sole mission, you might want to revisit how important it is to proactively incentivize the behaviors that maximize profits — and not simply to do the accounting.

In today’s decentralized businesses where individuals are supposed to take on responsibility for doing the right thing without being told, clear objectives and the certainty of a belly scratch have become key components of organizational success. Just ask any cowboy or teacher you know.

Denis Pombriant is the managing principal of the Beagle Research Group, a CRM market research firm and consultancy. Pombriant's research concentrates on evolving product ideas and emerging companies in the sales, marketing and call center disciplines. His research is freely distributed through a blog and website. He is the author of Hello, Ladies! Dispatches from the Social CRM Frontier and can be reached at [email protected]. You can also connect with him on Google+. 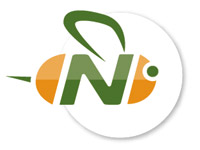