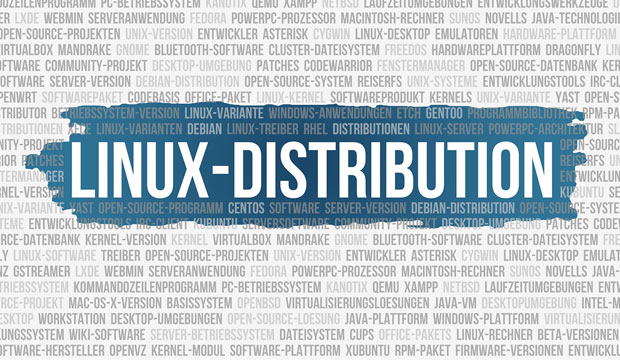 Picking the ideal Linux distribution takes research and planning. Not because Linux is a challenge. Rather, the Linux OS offers a seemingly unending selection of distributions to meet general computing as well as special needs for enterprise, SMBs, and personal use.

For enterprise and business-focused users, however, one popular choice has fallen into disfavor with CentOS 8 reaching its end-of-life status as a supported platform. But as is usually the case with the Linux infrastructure, ample replacements are available.

The CentOS community is turning its focus to the Stream fork as a replacement for a directional change by the CentOS sponsors. One major sticking point among CentOS users is that the CentOS community’s rolling releases may not align with most businesses’ infrastructural or organizational needs.

A rolling release is a Linux distribution that is updated from top to bottom on a regular basis, noted Thilo Huellmann, CEO of Levity AI. All, including user-space applications, the kernel, and daemons, is in a constant state of new.

“This style of release does away with traditional upgrades, such as major updates once a year and minor updates every six months or so, in favor of simply having an installed distribution up to date all of the time,” he told LinuxInsider.

Most Linux distributions use the non-rolling upgrade cycle. Often, an automated upgrade script does all of the new installations for you, even carrying over your applications, content, and settings. Those that do not require the user to reinstall fresh content or apply backup files.

Deciding which distribution of Linux is right for your business involves a number of variables and factors. Taking the time to really understand each offering, what it can help your business achieve, and where you might find friction in implementation is key to succeeding with your migration to Linux or a different Linux platform.

More on the CentOS Debacle

If your business relies on running CentOS 7, you do not have to rush into an upgrade or jump to another distro just yet, noted Timothy Robinson, CEO of InVPN. Red Hat will continue to sponsor and update CentOS 7 for the remainder of the Red Hat Enterprise Linux 7 (RHEL 7) life cycle.

Red Hat developed RHEL for commercial enterprise use. CentOS is a non-commercial, community-maintained distro that Red Hat sponsors and is based on RHEL. The community version serves as a free testing ground for features that may become part of RHEL.

“You are screwed with CentOS 8. It will only be updated until the end of 2021 by Red Hat. Users of CentOS 8 had hoped for assistance until 2029. That is not going to happen right now,” Robinson told LinuxInsider.

“That is good if that is what you need. But for most businesses, CentOS is not the best match,” Robinson cautioned.

For their websites and LAMP applications, they need a rock-solid Linux server. Before you make a rash decision, remember how you will use CentOS in the future. It is possible that CentOS Stream is a better match for your requirements than you initially thought, he advised.

CentOS’s future is bleak if IBM/Red Hat sticks to this new platform, in the view of Eric McGee, senior network engineer at TRG Datacenters . This is not a situation where a fork will help.

“Even if anyone forks CentOS Stream to make a server distro with the same reliability as CentOS 8, they will not be able to add Red Hat Enterprise Linux’s unique flavor,” he told LinuxInsider, calling the decision a death knell for CentOS.

That may sound apocalyptic, but CentOS is chosen for two main reasons, McGee explained. One, it is rock solid; two, it benefits from RHEL.

“Both of which are lost with CentOS Stream. I assume this decision would result in a mass migration from CentOS to Ubuntu Server. This was a huge blunder. Hopefully, IBM/Red Hat will change their minds before CentOS drowns,” he said.

Red Hat’s announcement that it would shift focus from CentOS Linux, the rebuild of Red Hat Enterprise Linux to CentOS Stream, tracks just ahead of a current RHEL update. Users of CentOS were not pleased, to put it mildly, offered Veronica Miller, cybersecurity expert at VPNoverview.

That means that funding for CentOS 7 will be available until June 30, 2024. RHEL and CentOS 7 could get extended life cycle support from Red Hat, but that has not been decided yet.

“They are suitable for tying. That is because CentOS has been used as a reliable point delivery for servers, virtual machines, and appliances by millions of people,” Miller told LinuxInsider.

That list of users is nothing small-time, either. Disney, GoDaddy, Rackspace, Toyota, and Verizon are among the top companies that use CentOS Linux. CentOS is used by several big technology firms to develop products. GE, Riverbed, F5, Juniper, and Fortinet are among them, she noted.

What would these and other businesses that use CentOS on a regular basis do? They will investigate other Linux distributions.

Another popular choice among enterprise Linux users — and a vast following of non-business Linux users — is Canonical’s Ubuntu distribution.

Ubuntu is listed more than any other Linux distribution in Miller’s conversations with Linux executives. Ubuntu is the most common server and cloud operating system, so this is not shocking.

“RHEL and Amazon Linux are two others that have been listed frequently. Developers, system administrators, and technicians are also more likely to promote CentOS forks,” she said.

“If you are talking about something that is scale, you really need what we would call prize class distribution of Linux, and there are actually only a few that are mainstream,” he told LinuxInsider.

His top choice in this case, somewhat ironically, is the Red Hat Enterprise Linux/CentOS brand of Linux. The reason that enterprises have gravitated toward these products is because of what Linux is, he said.

“Linux is not really any one thing. It is the Linux kernel and then a whole bunch of open-source software that is curated by a community and helps to support the overall experience of the operating system, as well as even further,” Reock told LinuxInsider.

Ubuntu is creeping into that space, he added. But the company really did not have scale in its DNA starting out.

“Canonical was definitely a company that was targeting startups and smaller businesses and also the desktop Linux did very well. I am not saying they did not do well. They did very well in those markets,” he continued, adding the Suse varieties of Linux as being very popular with businesses and enterprises in Europe and Asia.

“I actually think Suse kind of threw the gauntlet down in front of OpenShift and Red Hat saying that they are ready to play some of these other markets with this cloud-native illustration stuff. So at the enterprise-class, you really only get three to really pick from,” said Reock.

His top choice for smaller and mid-size businesses is Linux Mint. The distro has a stripped-down interface that is a little bit more ubiquitous and ideal for multiple users.

Then you have new contenders that are popping up. Many of them better suited for business are Red Hat derivatives that play at the midsize business market.

The Rolling vs. Annual Update Quandary

Returning to Levity AI’s Huellmann and the issue of rolling versus non-rolling Linux updates, he sees rolling releases as not such a bad option, especially if you want to always have the most recent versions of the apps you use — with a caveat.

“The problem with rolling releases is that they do not allow for nearly as much testing as a point release might. This could result in a loss of stability — with ‘could’ being the operative term,” he said.

To that end, Huellmann relies on keeping older versions of some applications like point releases are on his systems. The piece of software might be critical to his day-to-day job.

In those cases, he wants to avoid introducing a new release that might not be as stable as promised.

Whether migrating to Linux or looking for another distribution of the Linux OS, no clear-cut path exists for making a choice. One constant, however, is hands on research and reading expert reviews.

Just as you would not buy a car without kicking the tires and checking under the hood, you should not select a Linux distro without taking the OS out for a spin. Start your search by checking out the distribution websites.

Read the FAQ and wiki pages to learn how the different distros work. Check out the features and read what sorts of requests for help have been made on the community forums and how those requests were answered. This approach will help you to narrow down exactly what you are looking for in terms of support and ease of use.

The next step is using a live CD to test drive different Linux versions. You can download most Linux distros for free. The “live session” ISO file lets you boot the computer from the DVD drive without making any changes to the hard drive.

Then, check out two critical factors for the Linux distros you are considering, and compile a list of the programs that you are using under your current OS.

Compare your software needs with available programs provided in the packages that come each distribution or are available from the vast Linux free applications supported by the distro under review.

Finally, make sure any must-use hardware such as printers, scanners, and other accessories work with your intended Linux distribution.