The Internet of Things Is a Boon for B2B: Report 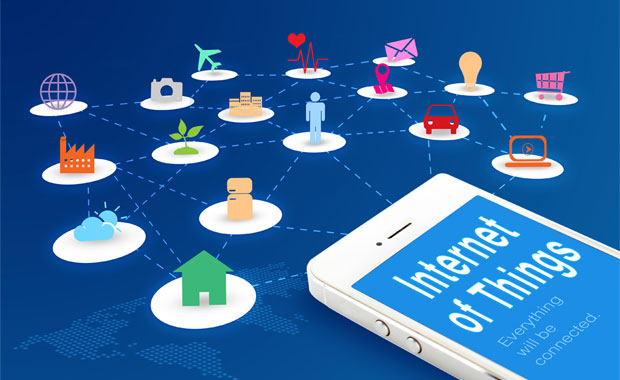 Businesses have been focusing on the Internet of Things as an enabler of growth and increased operational efficiency, as well as the means to provide a better experience to customers and partners, according to the State of the Market: Internet of Things 2017 report Verizon released this week.

Seventy-three percent of executives surveyed said they either were researching or currently deploying IoT, according to the report.

“Few industry sectors, business people or ordinary people will not be impacted by this, as augmented intelligence and machine learning use the data from IoT to transform markets,” Constellation Research Principal Analyst Andy Mulholland told the E-Commerce Times.

However, a variety of factors have dampened IoT momentum:

Ready for the Enterprise

Despite those challenges, the IoT has become enterprise-grade, with the focus on B2B communications, according to the Verizon report.

For example, 70 percent of the Fortune 500 property and casualty insurance firms surveyed indicated they were tapping network-connected drones to perform inspections and other claims-related work.

The energy and construction industries have been using drones to perform inspections, maintenance and other high-cost tasks, while the pharmaceuticals industry has been using IoT solutions to track and trace medicines from production to patients.

The current business focus appears to be on simpler use cases — to track data and send status alerts, for example, which are easier to deploy but lack data analytics capabilities.

Those limitations will prevent these businesses from fully exploiting the IoT, Verizon suggested.

There will be more development around 5G networks, which are expected to be up to 100 times faster than existing networks, Verizon predicted.

Verizon earlier this year unveiled a plan to deliver 5G precommercial services to select customers in 11 markets throughout the United States.

AT&T already has tested 5G for business customers in Austin, where it plans to stream DirectTV Now over 5G connections.

Chick-fil-A has begun using IoT — it has installed sensors to monitor the temperatures of coolers and freezers, for example — ABI Research reported.

Axius has teamed with real estate developers to integrate its Axius Hub, which actively monitors every device in a house, into smart homes.

Axius also has partnered with A/V pros, custom electronics installers and IT experts to install connected devices such as thermostats, lighting, locks and cameras “into more than 40 homes per month in communities being built by the top 25 U.S. builders and developers,” said Axius CEO Colin Barceloux.

An industry-wide standard is needed, because “there’s a myriad of kinds of sensors, they talk different languages, and there are really no standards for implementing IoT right now,” said Michael Jude, a research manager at Stratecast/Frost & Sullivan.

“More and more devices are becoming intelligent, but the fabrics that knit them together in terms of collecting data and processing aren’t there. If you just place sensors everywhere, it doesn’t do any good — you need big data to manage IoT,” he told the E-Commerce Times.

IoT “is being deployed across many verticals and for use cases within those industries, such as energy, healthcare and fleet management,” Verizon spokesperson Adria Tomaszewski pointed out.

The various issues holding back IoT deployment in general “are resolved for the use cases being deployed,” she told the E-Commerce Times.

That said, several malware attacks have been launched through compromised IoT devices.

Security “is a big issue,” remarked Frost’s Jude. “If you have all these intelligent devices watching you, the potential for security harm is exponentially greater.”