The Long Slog to Level the Document Playing Field 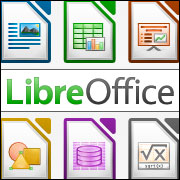 Free open source office suites to read, write, convert or replace the industry-standard Microsoft Office document formats are in ample supply. Yet their use in business and government, especially in the U.S., lags far behind proprietary products.

The Document Foundation, creator of the LibreOffice variant of the free OpenOffice suite, recently joined the Open Source Business Alliance to help deploy the free office suite on larger scales within companies and organizations. The Open Source Business Alliance aims, among other things, to help ensure compatibility and interoperability so alternatives such as LibreOffice become viable for larger organizations.

Perhaps open document standards are not becoming mainline office fare for the same reason that Microsoft Windows remains the leading desktop platform. The use of proprietary systems is a costly, but still expected, part of business protocol.

Are open source office suites like OpenOffice and LibreOffice inadequate software replacements for commercial software, or are they just undermarketed?

“Resistance is mainly psychological, based on over 20 years of Microsoft Office dominance in the office environment,” observed Italo Vignoli, head of media relations for The Document Foundation.

“People are scared by change and try to resist it by providing ‘technical’ excuses,” he told LinuxInsider. “Quite often, users react by saying that LibreOffice is missing some features, when it has been recognized by industry analysts that feature sets are close to identical.”

The Document Foundation (TDF) recognizes that inequities and misunderstanding exist over alleged differences between commercial and open source office suite software. It is trying to counter that problem.

“We do not blame these people, though, because they have a very human reaction to a usually mishandled migration process,” said Vignoli.

As a result, TDF has developed a migration protocol to provide a frame of reference to organizations willing to adopt LibreOffice.

That plan includes a recommendation that every enterprise deployment of LibreOffice be supported by contracting certified professionals able to provide migration consultancy, training and bug-fixing services. The foundation’s migration protocol will reduce the impact of the migration on the organization, Vignoli said.

The Open Source Business Alliance so far has met considerable resistance in its efforts to overcome the dominance of Microsoft Office in corporate and government workplaces.

Those efforts target adoption of open source software rather than preventing anybody from dominating any particular software market, according to Holger Dyroff, deputy president of the Open Source Business Alliance.

“The No. 1 challenge is that decisions are made to purchase Microsoft Office without an open and transparent tender which purchases office software with the [compatible] functions,” Dyroff told LinuxInsider.

“Those members have identified interoperability issues with Microsoft formats as the key challenges they are facing,” said Dyroff. “Two times in the past years, we have therefore done a workshop identifying those issues and raising funds to deal with certain work packages.”

Joining the Open Source Business Alliance was a natural consequence of The Document Foundation’s commitment to provide the best free office suite for enterprise deployments, noted Vignoli. It aligns with the foundation’s goal to improve interoperability with Microsoft Office and to make the transition to LibreOffice as smooth as possible for those using Microsoft document formats.

“The Open Source Business Alliance has been instrumental in providing the financial resources for some of these key improvements,” Vignoli said.Coexist, not Conquer The Apache Software Foundation, developer of the OpenOffice open source suite, provides the software free to all users. The organization does not have the goal of overcoming any specific vendor or vendors in general, according to Rob Weir, project management committee member of Apache OpenOffice.

“Certainly, we all take pride in seeing the use of Apache OpenOffice increase — over 125 million downloads so far — and in hearing about larger adoptions of ODF (open document format). But we have no sales force going out there pushing OpenOffice within companies or governments,” Weir told LinuxInsider.

That does not mean no one is pushing open source software as an alternative to proprietary office software. Third parties with commercial motivations and open source activists go to governments and businesses. They push for adoption of open source and work with their clients to make it happen.

“That does not directly involve Apache,” said Weir. “In many cases, the first time we hear of a major OpenOffice adoption is when we read it in the news.”

Open source office suites are the more sustainable solution. If just one-third of the costs of proprietary office suites would be put toward further development for two or three years, there would be no discussions about shortcomings or other challenges, argued Dyroff.

“However, it is about open competition, not about replacing one thing with the other,” he said.

In the case of LibreOffice adoption, end-users are drawn to the software by a number of factors, including its rich feature set, according to Vignoli. A key factor is the software’s diverse ecosystem with a large number of individuals and companies capable of providing value-added services to enterprises.

A majority of OpenOffice users responding to a recent Apache Software Foundation survey selected OpenOffice over LibreOffice or KOffice for its features (46 percent), according to Weir. The survey revealed 22 percent chose it for its quality, while 22 percent preferred it for its compatibility/interoperability. Nine percent of the respondents said they selected it based on reputation/familiarity.

“Of course, if you asked Kingsoft or Zoho users, they would probably answer the same way,” Dyroff said.

Determining the most suitable open source alternative to Microsoft Office products is not an open-and-shut case. Free office suites and free-to-use online services are all different, cautioned Vignoli.

“We should make a distinction between free office suites such as LibreOffice, Apache OpenOffice and Calligra, and proprietary freeware such as Kingsoft Office,” he pointed out.

Free office suites are based on the free software ethos and principles. They offer Microsoft Office interoperability together with distinctive advantages, such as a standard document format. In contrast, Kingsoft Office appears to be a Microsoft Office low-cost clone without any specific pluses, Vignoli explained.

“Web-based office suites are complementary, more than alternatives to LibreOffice, because they offer features such as collaboration but miss advanced features — for instance, sophisticated document formatting and data analytics,” he said.

Since early 2012, a large majority of migration projects to free office suites have been to LibreOffice.

The French Government, the Spanish Region of Valencia (Comunitat Valenciana), the Dutch Ministry of Defense, the Hospital System of Copenhagen, and many others have switched to LibreOffice, noted Vignoli.

The United States lags behind Europe, Latin America and Asia in terms of document standards implementation, he said, recalling that after the adoption of ODF by the State of Massachusetts in 2006, it seemed the entire market switched back to Microsoft Office proprietary or pseudo-standard formats.

“It is a rather unfortunate situation, especially after the decision of the UK government to adopt ODF as the official document standard after a thorough analysis which has clearly demonstrated that OOXML is not a real standard,” Vignoli pointed out.

TDF hopes that the U.S. government follows the example of the UK government — but it knows that the commercial interests behind the OOXML document format are huge.

“It will be extremely difficult for the U.S. government to ignore them,” Vignoli said.

Low or No Priority

The ODF format and open source office suites clearly have not played a prominent role in the U.S.

“We can’t judge why this is the case, but it seems that the U.S. agencies are more focused on moving to cloud services — which is generally fine, if they do not establish yet another set of vendor lock-in and long-term negative effects,” said Dyroff.

Commercial interests often pollute ODF adoption. So does a cultural gap at the user level, Vignoli pointed out.

“Most users are completely unaware of the existence of document standards,” he said, and “most North American LibreOffice users do not even consider the ODF format, which is a standard.”

Instead, they use either the legacy proprietary formats — DOC, XLS and PPT — or the new pseudo-standard DOCX, XLSX and PPTX, even with LibreOffice. That unfortunate situation perpetuates vendor lock-in even when using a free office suite, Vignoli explained.

The lack of interest in ODF use within U.S. circles is due to a lack of leadership, according to Weir. For example, many other countries, in Europe and Asia especially, have a government agency that has oversight responsibility for national standardization efforts.

“The United States is different,” he said. “We gave up on the government-centered standards approach during the Coolidge administration, so what we have today is a system of voluntary consensus standards created by industry in a sectoral approach.”

The net result is that mandating adoption of standards in the U.S. is harder than it is elsewhere. This lack of government oversight may not be a bad thing, Weir said, but it sets the U.S. apart from some other countries.