The More Questions It’s Asked, the Smarter NanoRep Gets 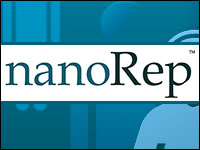 nanoRep, the developer of a help-desk application that employs a self-learning knowledge base, has just taken its fledging product global — and on a grand scale. 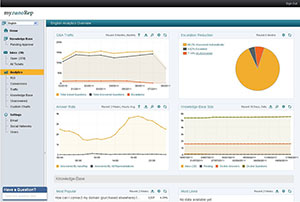 “The system can learn which language engine works best with which language,” he told CRM Buyer. “If someone asks a question in Spanish, for example, and the knowledge base for that company happens to be in English, the system will automatically do the necessary translations and spit the answer out in real-time.”

This expansion was a relatively easy step for the company, despite the complexity of localizing a language in a software application, he added — but only because the company’s core system was already based on self-learning.

Introduced to the market more than two years ago, nanoRep has carved a niche for itself in the help desk application market with its scalable, self-learning approach — plus a ticketing system that escalates a request to a rep via email or chat, when necessary.

“NanoRep automatically learns to answer customers’ questions so the response rate gets more accurate and faster in a very short period of time,” Herzich said, noting that within three to four months, the system has learned to answer 83 percent to 93 percent of questions correctly.

It also has a feature that pulls up possible answers as a person types in the question. In 90 percent of cases, the first answer that it suggests is the correct one, according to Herzich.

The bottom line for one company, he noted, was that within three to four months the number of escalations declined from 18 percent to 7 percent, representing “a huge savings in support costs.”

From the First Day

When the system is initially put into use, the number of escalations will be relatively high. Even then, Herzich said, the application is able to process a great deal of requests.

“Once the FAQ have been loaded into the system, nanoRep starts working immediately to self-learn,” he said.

For example, customers tend to ask the same question in different way. The system learns to connect these various questions to the same answer in the knowledge base.

The application also comes with a Facebook support widget that can be installed on a company’s Facebook page. It gives customers the same access to the company’s knowledge base, as well as letting them email, live chat and open a support ticket.