Sometimes before new employees leave their jobs to join your company, they copy valuable company secret information onto portable thumb drives or they send that information to their personal webmail accounts.

As the new employer, you may be hiring those employees because they have valuable information — yet if you don’t want to be targeted by a lawsuit, along with the employees, you do not want them to provide to you, or use, their former employers’ trade secrets.

A trade secret, basically, is any confidential and proprietary business information that a company prizes and thinks gives it some business advantage over competitors. It could include details about customers, business plans for the future, market trends, and the like.

Compliance with these trade secret laws requires that employees and third parties who have access to trade secrets that are shared with them sign some form of Non-Disclosure Agreement, or NDA, and that the trade secret owner mark documents it seeks to protect using the term “secret,” “confidential,” or “proprietary.” If carried out, these two actions will help protect the rights of the trade secret owner.

Two or more companies can develop similar trade secrets, which they’re entitled to protect, as long as they do not make illicit use of somebody else’s trade secret, however obtained.

What Is Not a Trade Secret?

Public information, such as that published by a news source like The Wall Street Journal or Bloomberg’s, is not a trade secret, because once the information is made public it cannot be a secret.

Of course, the author or publisher of that information owns the copyright to the published information, although this article does not address possible copyright issues.

Jawbone has alleged that “beginning in early 2015, Fitbit recruiters contacted an estimated 30 percent of Jawbone’s workforce” and “Fitbit’s objective is to decimate Jawbone.”

The complaint filed last month in the Superior Court of San Francisco in Aliphcom, Inc. dba Jawbone v. Fitbit, Inc. et al includes these allegations:”… Forensic analyses performed by Jawbone on its former employees’ computer devices revealed that a number of the departed employees used USB thumb drives in their last days of employment at Jawbone to steal proprietary company information, and in other cases forwarded confidential company information to personal email addresses for later use.

“The stolen files are the informational equivalent of a gold mine for Fitbit, as they provide an intricate roadmap into the core of Jawbone’s business, including such information as Jawbone’s supply chain, gross margins, product lineup (both current and future), product target costs, vendor contract, product analysis, market trends and predictions, and the future direction of Fitbit’s main competitor.”Jawbone’s complaint includes these legal claims:

Since most lawsuits settle, we may never learn exactly what Fitbit allegedly stole, but this lawsuit helps demonstrate the competitive market of the Internet of Things.

Autodesk last year sued China-based ZWCAD Software and its U.S. distributor in federal court in the Northern District of California for misappropriation of trade secrets and copyright infringement.

Autodesk describes itself as follows:”… a leader in 3D design, engineering and entertainment software. Customers across the manufacturing, architecture, building, construction, and media and entertainment industries — including the last 19 Academy Award winners for Best Visual Effects — use Autodesk software to design, visualize, and simulate their ideas before they’re ever built or created. From blockbuster visual effects and buildings that create their own energy to electric cars and the batteries that power them, the work of our 3D software customers is everywhere you look.”In its complaint, Autodesk claims that ZWCAD engaged in wholesale copying of “large portions of Autodesk source code” in order to create its software program, and that ZWCAD engaged in “copying … marketing materials as a way to entice customers to purchase their products,” and thereby take advantage of Autodesk’s trade secrets and copyrights.

There are only a couple of ways to get the source code of another product. Two obvious ways are 1) to reverse engineer, which would be violation of the software license and/or illegal (since theft of trade secrets is a crime); or 2) to hire employees who have illegally copied it.

While AutoCAD apparently did not make clear how it believed its source code (its trade secret) allegedly was misappropriated, it is possible that as the case moves forward, it may suggest that it was provided somehow by former employees of AutoCAD. It will be interesting to follow this case.

Theft of trade secret allegations are very old news in the technology market, but somehow the legal claims keep coming up.

Protecting trade secrets from employee theft, and preventing new employees from sharing what they should not share will go a long way toward reducing the need for litigation.

E-Commerce Times columnist Peter S. Vogel is a partner at Gardere Wynne Sewell, where he is Chair of the Internet, eCommerce & Technology Team. Peter tries lawsuits and negotiates contracts dealing with IT and the Internet. Before practicing law, he was a mainframe programmer and received a master's in computer science. His blog covers IT and Internet topics. You can connect with him on Google+. 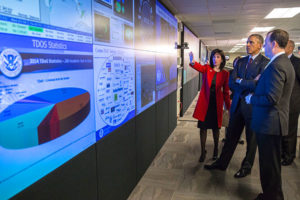