So where do we start? Trademarks. Can a real world trademark serve as a source indicator for “virtual” goods? Yes! In fact, many companies have already established a presence in virtual worlds such as Second Life, and many new companies have formed to sell their wares solely in this new territory. A trademark may have originated in either the real world or the virtual world, but each trademark serves the same ultimate purpose — it acts as a source identifier, an indication of goodwill associated with the provider of the goods or services.

A trademark, at its heart, is a source indicator of goods or services offered by the trademark owner. Coca-Cola and McDonald’s are perhaps two of the best known trademarks in the world. When a consumer sees something branded with the McDonald’s logo, there is little doubt in that consumer’s mind regarding the quality of the product, based on what’s already known about McDonald’s quality of goods and services.

However, a consumer who sees a restaurant named “Joe’s Diner,” might be more inclined to investigate the cleanliness of the restaurant and quality of food before dining there. These are decisions the consumer makes based on nothing more than familiarity with the brand, or trademark, associated with each restaurant. The same is true regarding interactions with virtual goods in a virtual world.

When Linden Lab launched Second Life in 2003, mainstream “corporate America” was hesitant to embrace this new, unproven technology. The initial land rush was largely by individuals looking for something new. Because Second Life is an open-ended platform whose “residents” can build anything they want, many of the first items created bore an eerie resemblance to their real-life counterparts; it’s easier to build something when you have a preexisting model to copy. 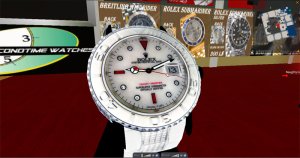 For example, virtual “Rolex” watches can be found throughout Second Life, but their pedigree is somewhat suspect, because it is unknown whether users were authorized by The Rolex Company to create these virtual wares. Is this trademark infringement? As with any legal question of this sort, the answer is: it depends.

The test for trademark infringement is whether there is a likelihood of confusion between the alleged infringing use and the actual owner’s use of the trademark. Famous marks, such as Coca-Cola, McDonald’s, and Rolex, also can stop others from using the trademark if that other use would “dilute” the distinctiveness of the famous mark.

Under the first test, whether there is a likelihood of confusion — chances are, there is some confusion today, but perhaps there would not have been back in 2003 when Second Life was launched. Stated another way, when Second Life was young, it was unlikely that anyone would confuse a virtual Rolex watch as a product originating from The Rolex Company, because large, well-known companies were not embracing the then new technology. However, in recent years, many well-known companies have established a presence in Second Life. 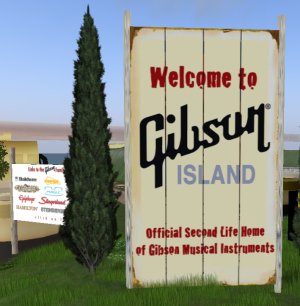 Gibson Guitar has its own private island where avatars (the visual depiction of each resident within Second Life) can learn about Gibson and its various brands of guitars, and even get a virtual copy of a Gibson guitar for free.

Herman Miller similarly has a furniture showroom where avatars can view Herman Miller furniture products and can buy authorized “virtual” copies of official Herman Miller furniture items such as the Aeron and Eames chairs. So, as more and more companies embrace virtual worlds, it becomes more likely that a Second Life resident might be confused as to the source of the virtual Rolex watch, because it becomes more plausible for Rolex to have established a presence in Second Life. In either case, however, Rolex probably has a good argument that any use of the name “Rolex” dilutes the distinctiveness of the mark. 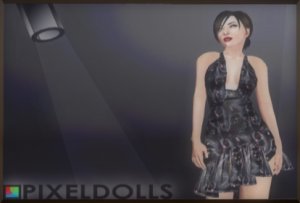 PixelDolls is a well-known brand of virtual clothing in Second Life, owned by an avatar named “Nephilaine Protagonist.” Users familiar with Second Life associate the PixelDolls mark with high-quality virtual clothing. “High-quality” in a virtual world typically refers to a high level of detail, use of many prims (building blocks) to create an item with a high level of detail, or a very aesthetically pleasing appearance. If someone else launches a new clothing store named “PixelDoll” in Second Life, users might get confused regarding whether the clothes originate from the same source as the clothes sold at PixelDolls.

Owners of trademarks used only in a virtual world thus need to protect their brands just like trademark owners in the real world, preferably by obtaining a federal trademark registration from the United States Patent & Trademark Office. In addition, limited rights are granted by each state based simply on one’s use of a mark.

Once you have a trademark, how do you protect that mark in a virtual world? Well, much the same way you would in real life, with a few extra steps and a few extra hurdles. Linden Lab, which operates Second Life, is located in California in the United States. However, only about a third of all users in Second Life are based in the United States. (Brazilians and Japanese “residents” are the second and third most represented nationalities, respectively.)

If someone is infringing your trademark from outside the United States, it is often difficult or expensive to pursue a lawsuit individually. However, it might be possible to obtain a default judgment if the alleged infringer does not respond to the lawsuit, and then get a court to require that Linden Lab (in California) remove the offending material or otherwise block the infringer’s account access.

Also, residents in virtual worlds are represented by avatars and typically have a name that is different from the user’s legal name. For example, my avatar in Second Life is named “Aviator Kidd.” Because you cannot sue an “avatar,” however, you must find out who is the owner of the account with which that avatar is associated. A trademark owner can file a lawsuit against “John Doe,” then seek a subpoena against the proprietor of the virtual world (e.g., Linden Lab) to divulge the user’s real name provided when the account was created. The lawsuit can then be amended to include the real life owner of the avatar responsible for the infringement.

On top of everything else, a proprietor of a virtual world may limit trademark rights through the end-user license agreement, or EULA. However, given the nature of trademark rights — i.e., an indicator of the source of goods or services — most virtual worlds’ EULAs or terms of service (ToS) simply require that you refrain from infringing on others’ trademark rights, e.g., by not touting yourself as an authorized seller of Rolex watches if you are not so authorized, and by not including a blatant trademark in your username, e.g., Coca-Cola Jones.

The final decision in deciding whether to pursue a lawsuit or not is often whether any prospective recovery warrants the expense incurred. However, when trademark rights are concerned, the most desired outcome is often obtaining an injunction to force the infringer to stop infringing on your mark.

The above information only provides an introduction to trademark issues that may arise in virtual worlds. Keep in mind that a trademark’s primary purpose is to act as a source identifier for goods and services, and each trademark has a certain amount of goodwill associated with it by virtue of the consuming public associating that mark with an expected level of quality — and the trademark owner has worked very hard and invested time and money to develop that expected level of quality.

Ross Dannenberg is a principal shareholder in the Washington, D.C., office of Banner & Witcoff, a law firm dedicated to the protection and enforcement of intellectual property rights. Dannenberg is also the editor-in-chief of the Patent Arcade blog, and is an adjunct professor at George Mason Law School in Arlington, Va. The information in this article does not constitute legal advice, and is intended for informational purposes only. Gibson, Rolex, and PixelDolls are trademarks of their respective owners. Their use herein is for illustrative purposes only and does not represent an endorsement by or relationship with any of them. No attorney-client privilege exists or is otherwise created with anyone by virtue of this article. Each situation is different. Always contact an attorney to discuss the specifics of your case.