Tolstoy wrote, “Happy families are all alike; every unhappy family is unhappy in its own way.” CRM failures are very similar — the ones that work do so for the same reasons, but those that go awry manifest a collection of diverse symptoms, so that the term “CRM failure” is but a catch-all.

CRM fails for a lot of reasons — all of them avoidable, and many of them traceable to the original decision-making process. The technology lets the users down on occasion, but the vast majority of problems come not from the technology but from the human decisions that resulted in the wrong product, process or people being employed.

Every day, failure to get these decisions right results in lost jobs, wasted dollars, missed sales and the departure of customers. Following are the five ways decision makers most often go astray.

1. Failure to Take an Honest Look at the Business

Mapping out your processes is a vital first step — and a difficult one. All too often, feelings can get bruised as broken areas are discovered. However, this isn’t the time to spare feelings — or get angry, for that matter — as you’re now busy fixing those problems. It’s not worth being nice if that means ignoring a problem. Leaving a failing process in place as you move to CRM will only mean you’ll fail faster.

2. Failure to Understand the Sophistication of Employees

A scan of the CRM products on the market — more than 800 at this date — reveals that they range in sophistication from simple ones that mimic Microsoft Outlook to much more complex ones that permit users to customize reporting, tap into advanced analytics or pull data from back-office applications.

It’s all very exciting to the people making the choice — so exciting, it can obfsuscate what you’re trying to solve. If the problems are relatively simple, and if your users are not technologically proficient, hitting them with an overly complex CRM package is a great way to discourage them from ever using it.

Conversely, if your staff is really ready to do some serious data crunching, too basic a CRM solution will provide only a partial solution for your needs.

3. Getting Geeked Up Over Features

This may seem a bit counterintuitive — don’t you want lots of neat features? — but CRM vendors should not be selected by features alone. Too often, the decision on which vendor to go with is turned into a “feature shootout.”

Since most CRM solutions cover the basics, the selection then may boil down to more arcane features that are rarely used, which could come at the expense of more important concerns — the quality of vendor support, for example, or the evolutionary road map of the software, or the true cost of ownership.

4. Failure to Include the Real Users

An astonishingly large percentage of companies build the CRM selection team around the people least likely to use the system on a daily basis — the IT director, the CMO, the CIO, and perhaps the vice president or director of sales.

While the input of these players is critical, it’s also vital to have input from the rank-and-file sales, marketing and service staff. They’re the ones who will have to use it. Including them in the decision-making team will help spot issues, good and bad, that executives miss — practical things about the way they use the system and about the kinds of data they know is vital to their jobs.

Their buy-in also helps with adoption after the decision; they will not only help you select a CRM application that they themselves will feel comfortable with, but also give you adoption advocates among their peers.

5. Forgetting to Tie CRM to the Real World

Once you have CRM up and running, you can’t treat it as though it exists in its own siloed world. It’s not there to collect statistics to win arguments during executive meetings — it’s there to give you the information you need to make changes that affect your business and your customers.

All too often, critical data remains locked within CRM databases and is never put to use to build sales, enhance customer loyalty, or help with service issues. The kinds of data you’re collecting should be examined on a regular basis, and all parts of the organization should be involved in thinking about how it can be used before missed opportunities make those uses obvious.

CRM for the Small Business, Part 6: How to Get Your Sales Staff to Buy In 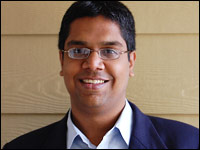