Transitions in the Real World

As you may know, I have been writing about on-demand computing for close to 10 years. The other day a reader sent me an interesting e-mail that I think sums up what a lot of other people are thinking. The note reads, in part, “We’ve all read the same books, we all know who Clay Christensen is and none of this surprises us. So why are the big players letting themselves go down the same well-worn path?”

Why indeed? The well-worn path, in this case, is the slow retreat from a market when a disruptive innovation hits and a company has to decide whether to compete at that level or not. The decision is never an easy one, because there are a lot of false positives — situations that look disruptive but that are ultimately proven not to be. If a company spent its time chasing every possible disruption in its space, there would be neither time nor resources to do much else. So they wait and lose market share.

In 1942, Joseph Schumpeter introduced the phrase “creative destruction” to emphasize the process of disruptive innovation and the need for companies to continually refresh their products and services or be left behind by competitors who do. I love the entry on creative destruction in Wikipedia. Consider this excerpt: “Schumpeter’s contributions are not generally included in most elementary economic textbooks, which focus instead on the theories of perfect competition and static supply and demand, models which Schumpeter claimed had little relevance to the real world.”

The Wikipedia selection pretty much brings us to the present-day software industry. At some point, even the proverbial blind horse can see what’s happening, and then the real impediment is revealed in the form of finances. Shareholders and venture capitalists are never eager to scrap an investment in one business model in favor of another — even when standing pat might mean slow death.

Often, the only way forward is to straddle both worlds, but that’s harder than it sounds. Perhaps quantum mechanics provides the best metaphor here: You can be one or the other but not something in between.

I spoke about this with my friend,Centive CEO Mike Torto, who pointed out the 800 pound gorilla in the room. “If you’re a public company,” he said, “your stock price is based on revenue and profit, and if you suddenly reduce your top line, investors don’t like it.” I think that’s putting it mildly, but I also think that part of the problem is latency in the shareholder realm.

Still, with all the emphasis on cost control in software and the popularity of on-demand, you would think there would be a way to transition — and that’s where latency comes in. Torto is one of a handful of executives to have managed this high wire act but even he admits, “We didn’t jump on the [on-demand] bandwagon because it was popular. We did it to solve a business problem.”

Centive was a company with a conventional incentive compensation solution that appealed to larger enterprises because those companies were the ones that could afford to invest in such a system. Nevertheless, in its quest to find a bigger market, Centive began looking at alternatives. The logic that worked for it involved finding a lower-cost way to deliver its product to more customers, which inevitably led to on-demand.

However, in the transition state, Torto acknowledged that it was not a cheap proposition.

Centive’s odyssey took it down a path that included offering both on-premise and on-demand solutions — all of which involved a lot of redundancy with mirrored departments, such as sales, addressing the market. As Torto said, “Eventually, we decided that it was too costly to run both models; we got to some important milestones for cash flow and profitability and then made the transition.”

Late last year, Centive sold off its premises-based business, and it is now an exclusively on-demand company in a market that is red hot.

Throughout the process, Torto worked closely with board members to make the change. They challenged his ideas, sharpening them in the process, and he made sure they were updated on plans and progress.

I see many other companies today in various states of the transition. For example, Brian Zanghi, CEO at Pragmatech Software, a sales knowledge and content company, tells me he’s about where Torto was not long ago.

Pragmatech is aggressively moving to deliver its on-demand solution — parts of which are already available — while continuing to run its premise-based business. Zanghi is at the point where he is evaluating his milestones, but it’s an inexact science. Like any CEO, he has constituents, such as a board of directors, to convince on issues of timing.

Many other companies are not that deep into the process. Most are small and private, and their transitions will not be front page news — if they transition at all. I sometimes wonder if the transition is harder for a small company with limited capital or for a larger company with a large and vocal shareholder base.

For every Torto or Zanghi, there are probably a hundred or a thousand CEOs who never got past elementary economics and thus may have never heard of Schumpeter.

Denis Pombriant runs the Beagle Research Group, a CRM market research firm and consultancy. Pombriant’s research concentrates on evolving product ideas and emerging companies in the sales, marketing and call center disciplines. His research is freely distributed through a blog and Web site. He is working on a book and can be reached at [email protected].
Get Permission to License or Reproduce this Article

Incubating in the New Garage 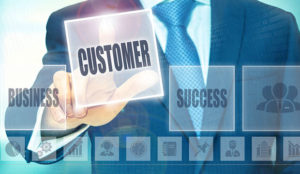 It Pays to Nurture Your Existing Customers