When Amazon Fails, the Buck Stops at Netflix

Some Netflix customers found themselves without service on Christmas Eve — an unpardonable lapse on a day when many are snuggled in their homes and eager for entertainment.

The streaming video provider has caught its fair share of flak for the outage — but it was not solely to blame for its service being down in this particular instance. There were problems with the Amazon Web Service cloud computing platform that supports a number of operations besides Netflix.

The outage reportedly was caused by a failure in Amazon’s load balancing technology.

“It’s in particular concerning for Netflix because they simulate disruptions of their infrastructure on a regular basis to ensure that their service holds up,” said Andreas Scherer, managing partner of Salto Partners.

“Apparently, their own internal testing was not enough,” he told the E-Commerce Times. “Both Netflix and Amazon will want to make sure that his is not happening again. Beyond that, Netflix might look for ways to route traffic to a different provider in situations like this, but this becomes cost prohibitive quickly.”

To the uninitiated, the news that a cloud service could fail must have come as a shock, Matt Eventoff, principal with Princeton Public Speaking, told the E-Commerce Times.

“I think most consumers and possibly even some businesses had the idea that the cloud was a 100 percent failsafe option that guaranteed 24-7 Internet coverage,” he said. “Cloud providers have never said that, of course, but that is the perception many people have of the cloud.”

For companies that provide services via the cloud, that perception means they — and not the third-party cloud platform — will be blamed when services are disrupted.

Still, Amazon is licking its wounds too over this incident, Scherer said. “It got a major black eye, letting down one of its longstanding customers at a crucial time of the year.”

Such outages are hardly new, though. If Netflix had gone dark at 2 a.m. on an ordinary weekday, few would have noticed, Eventoff pointed out — “but the service was out on Christmas Eve, which meant everyone noticed and complained.”

The Issue of Scale

There is also the fact that so many people were affected, Matt Fates, partner at Ascent Venture Partners, told the E-Commerce Times.

“In the early days of the telephone, switchboards could get overloaded. Mail still gets lost at times. Service peaks or unexpected anomalies occur and services go down temporarily,” he noted.

The difference with automation and the cloud is the scale.

“When a large cloud service provider has an outage, it can affect a lot of users/customers instantaneously across broad geographies,” Fates said.

That said, the scale is also what makes these new cloud-based services so much more effective, he continued. “I do not believe the Netflix outage will impact the continued migration away from legacy services toward cloud-based outsourced solutions.”

What the outage could do is cause business users to rethink how they access the cloud and make plans for redundancy, said Daniel M. Ladik, associate professor of marketing at Seton Hall University.

Netflix feels competitive pressures from the market and realizes it needs to scale up quickly. It therefore goes to Amazon, a competitor, for its services, he told the E-Commerce Times.

What Netflix really needs is its own independent server network; however, the twin forces of speed to market, as well as cost savings on Netflix’s balance sheet, guided the company to outsource, he explained.

“Perhaps this was fine in the short term, but Netflix needs to make a plan — as Apple is doing with Intel to separate from Samsung — to fix this sooner rather than later,” Ladik emphasized. “As Netflix builds subscribers, Netflix as a service will only be as good as the network to which to delivers its streaming content.”

Amazon and Netflix did not respond to our requests to comment for this story. 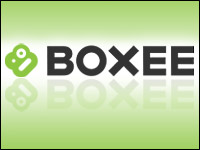 Boxee Opens All You Can Eat TV Buffet