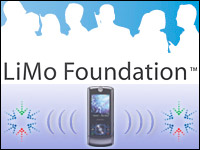 LiMo Foundation, a Linux mobile operating system consortium, announced that two of its members — NEC and Panasonic — are shipping the latest round of LiMo-compliant devices. NTT Docomo plans to use the new handsets in its Prime and Style series of phones, marketed primarily in Japan.

The eight new phones are purported to have advanced features, including an enhanced 8-megapixel camera and better integration capabilities, but not everyone is impressed with the new releases.

As for integration, “Linux connectivity and compatibility just isn’t a huge factor in most enterprises,” he said, “and these phones are aimed squarely at the consumer market, which mostly doesn’t care what operating system their phones use. We’ll have to get the price and specific features are before we see an impact.”

A bigger question is whether Linux is fulfilling its promise as an application platform for developers, as Apple has done with its iPhone application store, Llamas pointed out. Because LiMo is a consortium, no particular company has a vested interest in pushing applications that will run on any LiMo platform.

“Where is the rallying cry? Where’s the urgent call?” he wondered. “Everyone jumps up and down shouting ‘open source,’ but there’s no rallying cry from the developer community to push out specific applications for specific needs and specific devices. I’m just not hearing or sensing a push.”

LiMo’s position is that it creates a platform that needs to be customized at the discretion of its members.

“While none of these devices are uniquely targeted at the enterprise, that is a function of OEM prioritization rather than of the LiMo Platform’s capabilities,” she added.

No Bond With Bondi

The new release is also not compatible with Bondi, a set of JavaScript extensions that help developers maximize their development efforts for a variety of different platforms.

In a simultaneous announcement, LiMo announced the addition of two new members to its consortium — Immersionand KDDI.