RadioShack Corporation last week announced that it had signed anagreement to transfer between 1,500 and 2,400 of its U.S.company-owned stores to General Wireless, which will in turntransition the retail locations into Sprint Mobile store fronts.

The remaining of RadioShack’s 4,000 locations will likely close their doors, signaling the end of the line for the company that was founded in 1921, in Boston, by brothers Theodore and Milton Deutschmann.

The brothers first opened the “Radio Shack” — named after the smallwooden structure that housed a ship’s radio equipment — to thethen-nascent amateur radio market.

In 1939 the retailer expanded its offerings and entered the high fidelity music market, and in the 1950s it introduced its own private label brand of electronics products, first dubbed “Realist,” and later “Realistic.”

The current bad turn of events for RadioShack was not the company’sfirst failing. After almost going bankrupt in the 1960s, thecompany was purchased by Charles D. Tandy, who helped expand the brandworldwide.

In the 1970s the company experienced additional growth thanks to theinterest in Citizens Band (CB) radio, and was on the ground floorduring the computer revolution, when Radio Shack introduced the TRS-80,one of the world’s first mass-produced personal computers.

In the 1990s Tandy attempted to take on then-rival CompUSA bylaunching its own big box retail outlet, Incredible Universe. However,that venture was never profitable. Most of the 17 locations were sold orclosed — serving as a foreshadow of things to come for the once-pioneeringretailer.

Attempting to downplay its hobbyist and tinkerer roots, Radio Shackupdated its look in the 1990s, and introduced a new logo in 1995 thatrebranded the store “RadioShack.”

Then, in 2000 the Tandy name of the parent corporation was dropped completely. While it had declared itself the largest seller of consumer telecommunications products in the world in the late 1990s RadioShack’s executive leadership misread the tea leaves.

The company missed out on the widespread adoption of mobile phone stores,which soon displaced RadioShack for all things mobile — and its smallerstores couldn’t compete with the larger Best Buy and Circuit City chains.

End of the Hobbyist Store

For years, RadioShack had been the “go to” place for hobbyists, as wellas the store where one could find everything from speaker cables toelectrical adapters, gizmos to gadgets. It appealed as much to peoplewho wanted to build a computer as use one. In the 1990s it moved awayfrom this market, leaving those hobbyists behind. Looking back, this can beseen as the beginning of its end.

“RadioShack was the last remaining place where you [could buy] component leveldevices,” said Roger Kay, principal analyst at Endpoint TechnologiesAssociates.

“CompUSA was one of those stores that carried components, and in theold days Best Buy, but now you really are only left with localhobbyist stores,” Kay told the E-Commerce Times.

In recent years “the idea of a store where you specifically go to getoccasionally bought items is largely obsolete, thanks to Amazon andother online retailers,” added Rob Enderle, principal analyst at theEnderle Group. “It is now easier to figure out what you want onlineand just have someone send it to you.”

RadioShack’s problem could be that as Best Buy transitioned into a bigbox retailer with everything from TVs to tablets, and mobile phoneaccessories to video games, RadioShack couldn’t entirely make thatchange. As a result, it has followed its rival CompUSA into retail oblivion.

“Best Buy did pivot into phones, TVs and made the deal to carry Appleproducts,” Kay added. “Best Buy made themselves more relevant to achanging market place, but even they aren’t in safe waters. They’re onthe edge, but at least they’re still in business.”

For RadioShack it was not only a matter of misreading the signs but alsopivoting in the wrong direction.

“They long had their own base-level products, but everything was astep down from what you could find at a Best Buy or the now-defunctCircuit City,” noted Charles King, principal analyst at Pund-IT.

“They misjudged the cultural impact with regards to how consumerelectronics evolved, and [did the same] with hobbyists and people who were hands on with electronics,” King told the E-Commerce Times. “The store didn’t caterto either one, and instead it was like going to Sears to buy clothingin the mall instead of an actual fashion retailer.”

One irony could be that RadioShack’s demise coincides with theburgeoning “maker” market — where hobbyists now tinker and tailor-makeall sorts of gadgets and share their creations online. It would seemthat RadioShack could have found a niche with this crowd, but thetiming was off.

“RadioShack really started to fall apart when they lost the technologyhobbyist,” Enderle told the E-Commerce Times.

However, it could be argued that “the maker niche came way too latefor RadioShack actually,” added Joel Espelien, senior analyst at TheDiffusion Group. “The other side of this is that geeks who used to goto Radio Shack and buy the hardware to build stuff are now just asoften playing with software and apps.”

It should also be remembered that RadioShack isn’t the first long-running gadget and gizmo retailer to shutter its doors. Rival Circuit City was founded in 1949 but barely made it into the 21st century, while regional consumer electronics retailers such as New York’s Nobody Beats the Wiz and the West Coast’s The Good Guys failed to fend off the growing behemoth Best Buy, or compete successfully with Amazon online.

As noted, Best Buy, which survives even now while its competition isgone, successfully entered the mobile phone business. RadioShack wastoo late to this, as well. Another irony — given that up to half of itslocations could be turned into Sprint stores.

“Even Best Buy survives from mobile phones,” Espelien added. “Thereisn’t really a non-carrier national mobile phone store — and hadRadioShack embraced it they would have ended up with a valuableproperty. So looking back, the guys behind RadioShack were right aboutone thing, that technology would be an everyday thing.” 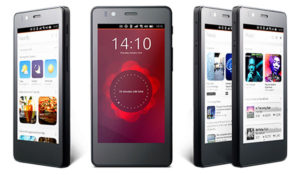