Ironically, the greater IT accomplishments become, the harder they are to see. Consider Intel’s latest achievement: the new Broadwell architecture that shrank microprocessor manufacturing from the previous generation 22-nanometer Haswell process to 14nm. Since a nanometer is a millionth of a millimeter (a human hair is about 100,000nm thick) you’d be hard pressed to tell the difference without an electron microscope.

Practically speaking, though, Broadwell increases the number of transistors Intel can squeeze onto a microprocessor by a third. Considered another way, while it would take more than 7,000 Broadwell transistors to span the width of a human hair, you’d only need about 4,500 Haswell transistors to do the same thing. That’s a huge achievement, but it is made more so when one considers the larger challenges involved.

A quick trip through Google News history provides numerous cautionary articles from just a few years ago that claimed 14nm constituted a wall that would be difficult or impossible for CPU vendors to scale. In fact, Intel executives at the Broadwell launch noted that competitors like TSMC and Common Platform members that have announced 14nm and 16nm process efforts continue to utilize the same interconnect technology they did at 20nm.

In contrast, Intel is delivering both 14nm transistors and interconnect in Broadwell, which it says translates into a full-generation commercial marketing advantage. Some may consider that mere braggadocio, but the fact is that the company is successfully delivering commercial quantities of 14nm Core M CPUs while many rivals still struggle with previous-generation processes.

Manufacturing and engineering leadership aside, what does this all mean, practically? Consider the improvements in Core M — the first 14nm chips Intel is already delivering to OEMs. In essence, Broadwell has enabled Intel not only to shrink the size of the CPUs it makes for two-in-ones, tablets and notebooks by about a third but also to deliver chips that run considerably cooler than previous-generation processors, allowing OEMs to use them in fanless products.

In fact, at the Broadwell launch event, Intel showcased a sleek 10.5-inch tablet that was about 0.35-inch thick running a full version of Microsoft Windows 8.1. Why does that matter? Because Intel has struggled in mobile markets as it attempted to combine improved battery life with maximal compute features while competing with vendors taking full advantage of ARM’s stellar power optimization.

However, while tablets are mostly marvelous devices, supporting mainstream applications and processes isn’t one of their strong spots. Tablet vendors have worked hard to ameliorate that by, for example, using GPUs to enhance graphics performance or, as in the case of Apple’s Siri, offloading compute-intensive tasks to back-end data centers.

In contrast, due to its 14nm process innovations Intel not only will be able to support thinner, smaller, cooler running products with better battery life, but also enable those devices to deliver 20 percent better performance than comparable past-generation chips could do, along with up to 7X better graphics performance. That should allow Intel OEM customers, including Apple, to support fully featured capabilities without data center sleight of hand.

This also highlights the influence of Moore’s Law — Intel cofounder Gordon Moore’s observation that transistor size halves and processor performance doubles every two years — both at the Broadwell launch and in Intel’s deeper culture.

Taking Moore’s Law too literally is a mistake, especially as vendors near the lower end of practical scalability, where manufacturing challenges become increasingly severe and two year calendars tends to lengthen. Even with those caveats, however, Intel as an organization continues to take deep inspiration from and pride in Moore’s postulation.

The fact is, the IT industry always has prized the pursuit and capture of the impossible. For Intel, that has meant becoming a continually evolving, deeply innovative, fiercely competitive vendor that never backs down from a challenge.

The 14nm manufacturing developments and Core M processors that resulted from this latest effort suggests that the company’s vision of mobile computing without compromise remains clear and on point. What the industry and markets make of it will be a sight to see. 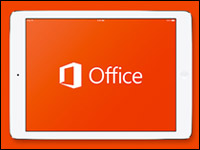 The iPad Keyboard: When Will Apple Get Real?

Will ARM Get a Cold Shoulder from Data Center Owners?