With Eich Appointment, Mozilla Jumps From Frying Pan Into Fire

A controversy involving Mozilla’s new CEO, cofounder Brendan Eich, on Tuesday hit new heights, with more than 70,000 people having signed a petition demanding he reverse his anti-gay stance or step down.

Eich had donated US$1,000 to Proposition 8, a state constitutional amendment passed in the November 2008 California state elections, which was sponsored by opponents of same-sex marriage.

“We morally cannot support a foundation that would not only leave someone with hateful views in power, but will give them a promotion and put them in charge of the entire organization,” said Catlin, who cofounded Teamrarebit with his husband, Michael Lintorn.

Mozilla did not respond to our request to comment for this story.

Eich’s personal and political views should not influence his appointment as CEO unless they impact on Mozilla’s internal culture or business practices, contended Jim McGregor, principal analyst at Tirias Research.

“We live in a free country that encourages personal freedom, including personal beliefs,” McGregor pointed out. “In that respect, I believe the company is correct in standing behind their decision, whether or not I agree with their views.”

However, in California, an executive’s position on certain issues will impact whether the executive can function as a CEO, observed Rob Enderle, principal analyst at the Enderle Group.

“You have to consider things carefully if you bring a CEO on board in California, particularly in an open source project,” Enderle told the E-Commerce Times.

Eich, who developed the JavaScript language at Netscape and cofounded Mozilla.org in 1998, was appointed CEO of Mozilla on March 24.

Mozilla responded March 25 with a statement on diversity that critics dismissed as bland.

Eich on March 26 blogged about inclusiveness at Mozilla, making a commitment to equality and to working with LGBT communities and allies, among other things.

Teamrarebit responded by listing five reasons Eich should step down and suggesting wording for an acceptable apology.

Mozilla on March 29 said that it supported LBGT equality and indicated it was “considering a series of actions” that remain unspecified.

Credoaction.com’s position is that Eich should reverse his anti-gay stance, resign or be replaced. The organization is shooting for 100,000 signatures on its petition, spokesperson Sarah Lane told the E-Commerce Times.

Online dating site OkCupid on Tuesday posted an open letter on its homepage that appears when the site is visited with a Firefox browser. That letter criticizes Eich’s stance on Prop. 8 and urges users to switch to another browser.

More Lumps for the Moz

In another development, three of the six directors of the Mozilla Foundation on March 28 resigned over concerns that Eich might not have the ability to lead the organization into the mobile era, The Wall Street Journal reported.

The trio reportedly wanted the organization to fill the CEO position with an outside executive with experience in the mobile industry.

Mozilla is eyeing the mobile field, having launched Project Gecko in 2011 and a smartphone powered by its Firefox browser in July.

“This apparent no confidence vote does raise some concerns for [Mozilla],” Tirias’ McGregor told the E-Commerce Times. “The company does need to address these internal issues, especially if they threaten to pull it apart.”

The ideal CEO candidate would have the vision to take Mozilla beyond where the industry is today, as the mobile sector is moving to the Internet of Things, McGregor said, but it’s not clear to him whether Eich has the skills. “I don’t know that anyone’s crystal ball is better than another’s.” 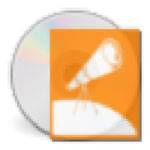