Got your attention? We thought so.

In a recently published Notice, the Internal Revenue Service seems to be offering some cautionary advice about the legal risks associated with using cryptocurrencies to avoid capital gains taxes.

Likely displeased by the volume of folks who have utilized cryptocurrencies to avoid reporting capital gains, the IRS may be signaling its intent to crack down on cryptocurrency trading activity.

At this point, there can be no doubt that the IRS is well aware of how cryptocurrencies are used, and how to tax virtual currencies.

The short of it is this: The IRS views cryptocurrency no differently than the U.S. dollar. Crypto-traders no longer can keep their heads in the sand, pretending the IRS does not know how to trace virtual funds back to their owners. Aliases and murky foreign jurisdictions no longer provide plausible deniability on the issue.

Considering that they are seemingly so new on the scene, you may be surprised to learn that cryptocurrencies actually are based on technology dating back to the 1970s. Two key patents containing the fundamental technology utilized in cryptocurrencies were issued in 1979. Those patents were used to create what we now refer to as “blockchain.”

Blockchain is a distributed public database with immutable connected records. After the patents expired in 2002, the essential components of the technology were used by Satoshi Nakamoto (maybe not a real person) to create the first blockchain in 2008. That led to the first cryptocurrency, bitcoin, which appeared the next year.

Since 2009, blockchain technology and the cryptocurrencies it supports have evolved dramatically into the global virtual currencies we think of today. The resulting proliferation of cryptocurrency products has caused a global marketplace explosion. As of this writing, there are approximately 2,300-plus different cryptocurrencies in existence.

Unlike the U.S. dollar and foreign legal tenders, cryptocurrencies are not regulated by a particular government or subject to any one country’s jurisdiction. Indeed, the very nature of cryptocurrencies is that of an anonymous tender of payment. Initially, governments around the world struggled with how to collect tax revenue on an anonymously owned asset.

Without delving into the complexities of the ownership issue, suffice it to say that cryptocurrencies pose a host of logistical and regulatory challenges — not only in locating these virtual assets, but in identifying when there is an appreciation in their value. These are uniquely challenging aspects of cryptocurrency assets.

In 2014, the IRS issued Notice 2014-21 — a regulatory guidance piece — to educate taxpayers about their obligations in connection with cryptocurrency activities.

In October 2019, the IRS issued Revenue Ruling 2019-24 and frequently asked questions, or FAQs, to update taxpayers.

Peter Vogel has been an ECT News Network columnist since 2010. His focus is on technology and the law. Vogel is Of Counsel at Foley Gardere, Foley & Lardner LLP, and focuses on cybersecurity, privacy and information management. He tries lawsuits and negotiates cloud contracts dealing with e-commerce, ERP and the Internet. Before practicing law, he received a master's in computer science and was a mainframe programmer. Hisblog covers IT and Internet topics.Email Peter.

Chelsea Hilliard has been an ECT News Network columnist since 2019. As an associate at Foley Gardere, Foley & Lardner LLP, she focuses her businesslitigation practice on trade secret noncompetition and securities enforcement. She also helps clients with complex electronic discovery disputes and has been recognized as Texas Rising Star attorney by Texas Monthly, and a Top Lawyer under 40 by D Magazine. Email Chelsea. 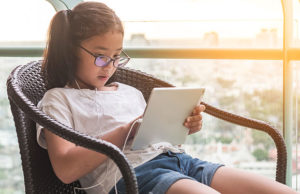 The CCPA May Affect You, So Get Ready 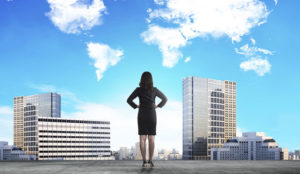