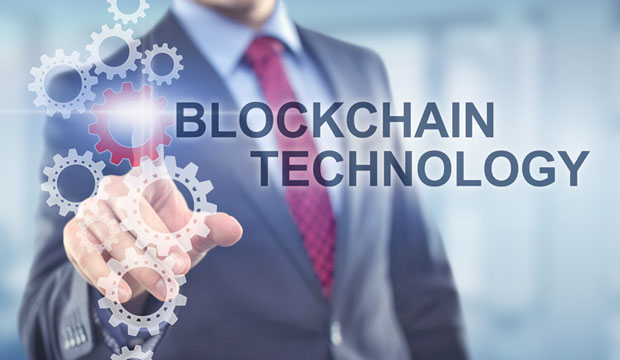 Worldwide spending on blockchain will hit US$1.5 billion this year — twice as much as in 2017 — and it will total nearly $12 billion in 2022, according to IDC. The technology is expected to have a five-year compound annual growth rate of 73.2 percent.

Cross-business collaboration and interoperability have emerged as key aspects in the technology’s growth.

The financial sector will lead the spending on blockchain — $550 million this year — driven largely by rapid adoption in the banking industry.

“Bank of America has filed more blockchain-related patents than any other company,” noted Shidan Gouran, CEO of Global Blockchain.

“While they are not exactly using blockchain at the moment, these patents foreshadow future use in the banking industry,” he told the E-Commerce Times.

The distribution and services sector, which will spend about $380 million this year on blockchain, will come next, led by retail and professional service.

Blockchain is “a versatile technology that can record financial transactions, store medical records, or even track the flow of goods, information and payments through a supply chain,” according to an analysis of Deloitte’s 2018 global blockchain survey by Linda Pawczuk, principal at Deloitte Consulting, Rob Massey, tax partner at Deloitte Tax, and David Schatsky, managing director of Deloitte.

Ultimately, blockchain is more a business model enabler than a technology, they maintained.

“Emerging disruptors” — that is, startups that have grown to the point where they are, or will soon be, disrupting the larger players in their markets — “have business models inspired by blockchain. They … focus energy on what is possible and then deal with any challenges as they arise,” the analysts wrote.

The greatest spending and growth for blockchain will be around lot lineage and assets and goods management, said Jessica Goepfert, program VP at IDC Customer Insights and Analysis.

This is being spurred by “highly visible scandals combined with complex supply chains and incomplete information,” she told the E-Commerce Times.

Blockchain “takes away control from one central authority, such as a bank, and puts trust in many decentralized, anonymous participants,” observed Hemant Ameria, principal consultant at Mindtree.

“No one party can make changes or alter the transactions or stored data,” he told the E-Commerce Times. “You can’t alter one block without disrupting the [other] interconnected blocks.”

B2B companies have been developing proofs of concept for blockchain, noted Ray Wang, principal analyst at Constellation Research, who identified the following as some of its use cases:

“Companies such as Humanity.com use blockchain to make data privacy a property right,” Wang told the E-Commerce Times. “This way, in their first use case, such as healthcare data, patients can make sure they don’t blindly opt in all their data to a healthcare provider and then find it’s been resold.”

Also, “we see folks ensuring that a jet engine is serviced by a certified mechanic at the right service intervals in order to meet warranty requirements,” Wang remarked.

Blockchain technology is particularly suited to e-commerce because e-commerce and blockchain are all about transactions, noted Ignite CEO Aviram Eisenberg.

A blockchain is a distributed or shared ledger that “allows any digital asset to be securely stored, shared, and acted upon, manually or automatically,” Eisenberg said. Blockchain technology can handle “the entire user experience, including product searches and selection, patent processing and post-sale customer care. And that’s just the beginning.”

In addition to improved security, distributed ledger technology can interface with new and existing systems, which allows tie-ins between online stores and “a multitude of internal and external systems, processes and partners,” Eisenberg pointed out.

The Ethereum cryptocurrency framework can host other forms of cryptocurrencies, he noted. Although not as widely accepted as bitcoin, it is the most widely used platform for hosting smart contracts, he said.

IBM offers a robust platform suitable for large e-commerce blockchains, but the most flexible blockchains are those custom-built for an enterprise.

It’s also problematic to replace a genuine product with counterfeit goods, he added, and blockchain “enables a shipment’s path to be traced back to its origin.”

Manufacturers want to ensure that products reach their destinations, while retailers and wholesalers seek reassurance around the validity and quality of the products they offer, IDC’s Goepfert said. Consumers want greater transparency from providers.

Staggering numbers of counterfeit brand-name goods are sold online. This is a notorious problem on Alibaba, whose CEO Jack Ma said fakes have gotten so good that it has become harder to fight piracy.

Amazon has set up a brand registry in which more than 40,000 brands so far have enrolled.

Adoption of blockchain technology was low among market leaders and fast followers as of Q4 2017, with less than 20 percent acquiring and implementing blockchain or undergoing a proof of concept, 47 percent not yet adopting or considering it, and 30 percent still mulling the implications, Wang noted, citing Constellation Research survey findings.

Blockchain is a relatively new technology, so “the question is not so much whether or not it is a good fit — but rather, whether or not the company will stand to benefit from the expenditures associated with adopting the technology in its early stages,” Global Blockchain’s Gouran noted.

“The criteria to best determine this would probably be how much the business is losing or spending on problems that can be fixed by blockchain technology,” he said.

The biggest issue to be aware of is the hype, Gouran remarked. While blockchain is a sophisticated technology, “that doesn’t mean a solution built on it is automatically sophisticated.”

Then there is the legal side of things.

“Blockchain is still hot off the press as far as a lot of regulators are concerned, and while it’s not necessarily illegal in and of itself, some applications of it might be,” said Gouran. For example, using blockchain in healthcare could violate some of the strict HIPAA rules.

Companies planning a blockchain initiative first should get expert advice on how the technology can fit into a given business problem, as well as legal advice on how blockchain might be affected by the rules governing their business, Gouran suggested.

If it is a good fit, they can begin researching any possible solutions, but they should be prepared to begin a brand new project from scratch, “since the technology is still in its early stages and there aren’t many canned solutions for every conceivable business application,” Gouran said.

Potential risks with blockchain include its distributed nature, which means there will not be one central authority to guide decisions, Mindtree’s Ameria warned.

“We believe the technology in and of itself will not be enough,” he said. “Successful adoption requires the entire ecosystem and the business processes around it to evolve.”