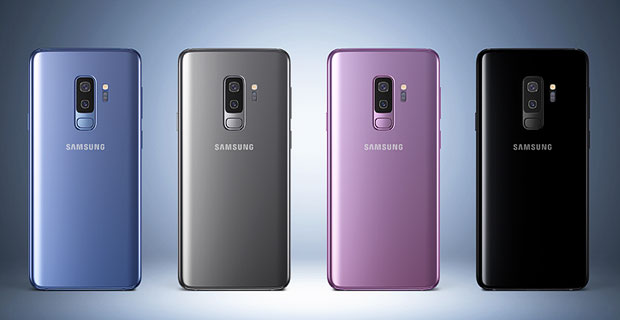 Samsung’s new Galaxy S9 and S9+ handsets claimed the spotlight on Thursday as the first reviews of the smartphones surfaced. The general consensus appears to be that these new models successfully built on past designs, yet fell short in numerous areas. The new phones are good — but anyone expecting revolutionary functionality may be disappointed.

The Galaxy S9 and S9+ closely resemble last year’s Galaxy S8 and S8+ models in size and form factor. The S9 measures 5.8 inches diagonally while the S9+ comes in at 6.2 inches. Both devices offer a Quad HD+ Super AMOLED screen with a resolution of 2960×1440. The front camera is the same on both models, featuring an 8-MP AF sensor and multiple selfie settings.

The Samsung Galaxy S9 and Galaxy S9+ are available for pre-order and will be arriving at retail outlets later this month. The S9 will be available for around US$720 unlocked, while the S9+ will retail for $840 — prices will vary among carriers.

Hot Off the Presses

The first wave of reviews highlighted the key selling points of the device. Many reviewers noted that visually the Galaxy S9 and S9+ offered a lot more of the same.

“The new model, building off of the triumphs of its prior version, maintains the same look and feel while introducing more subtle enhancements,” wrote Dan Seifert for The Verge.

“Let’s not beat around the bush, the exterior of the Samsung Galaxy S9 is essentially a carbon copy of the S8… yet, even with all that sameness, Samsung’s balanced no-notch design seems more considered than before,” suggested Sam Rutherford for Gizmodo.

“The fact of the matter is that the S9 finds the electronics giant mostly refining things on its flagship,” Brian Heater wrote for TechCrunch.

Reviewers also highlighted the speed and increased memory of the devices, and noted the fact that the Galaxy S9 is powered by a Qualcomm Snapdragon 845.

“As of this writing, the S9 is the only phone to feature the 845, though the chip is slated to power Sony’s latest Xperia XZ2 phones arriving later this spring,” wrote Philip Michaels for Tom’s Guide.

Some reviewers took Samsung to task for not improving on the S8 as much as expected.

“Samsung focused its efforts on small, mostly unseen changes that result in a better overall experience, but not a dramatically different one,” wrote The Verge’s Seifert.

Another con for the new handsets was failure on Samsung’s part to improve the digital assistant, which may lag behind Apple’s Siri or Microsoft’s Cortana.

“Certainly Bixby has some grand ambitions… but that kind of things doesn’t amount to a whole lot if your assistant isn’t suited to day-to-day activities,” noted TechCrunch’s Heater.

The AR Emojis were heavily criticized.

“It’s just a gimmick,” wrote Rutherford for Gizmodo. “They kind of look like Nintendo Miis in a cartoony sort of way, and the clothing choices are super limited and dorky looking.”

Those who upgraded to the Galaxy S8 and S8+ last year may not find impressive-enough changes to upgrade to the S9 and S9+, many reviewers suggested.

However, “this could really be aimed at those consumers who have an S6 or an S7 and want something that is visually different,” said Ian Fogg, senior director of mobile and telecoms at IHS Markit.

“What Samsung has done is to take the successful S8 design and built on that design trend that it has established over the last few years,” he told TechNewsWorld.

“The S9 and S9+ have a bigger display, smaller bezel, and a faster network and much improved camera, so it is for those consumers that are using an older Samsung device,” Fogg added.

The challenge will be ensuring that consumers who do want to upgrade from the S8 won’t be turned off by a too-similar device.

“Consumers respond to products that are visually different from what is on the market, and the S9 may look too similar,” acknowledged Fogg. “Many may not understand that the internals — including the network, camera and features — are actually improved.”

New Stars in the Galaxy Line

Shortcomings aside, the Galaxy S9 and S9+ could be rising stars for Samsung.

“There are only some small improvements, like the camera, but for people who want to have a flagship Android phone this is probably the one they will get,” said Roger Entner, principal analyst at Recon Analytics.

The improvements include better battery life, he told TechNewsWorld.

“Bixby is still behind the competition, but Samsung has no choice but to keep going unless they want to drop out of the AI/Assistant race,” added Entner. “It’s too important a race for Samsung to drop out.”

Samsung may have to do more to innovate with the next wave of devices, but for now the subtle changes to the Galaxy line should be enough to draw those who want to upgrade.

“There are key features that have improved, yet Samsung has kept what its core customers want, such as a memory card slot and headphone jack,” said IHS Markit’s Fogg.

“Apple has made the decision to do something radical, while Samsung has focused on product improvements that are less risky,” he noted. “This may draw media attention, but we have to remember that the press doesn’t look at this the same way as the average consumer and hence doesn’t see the subtle evolution.”