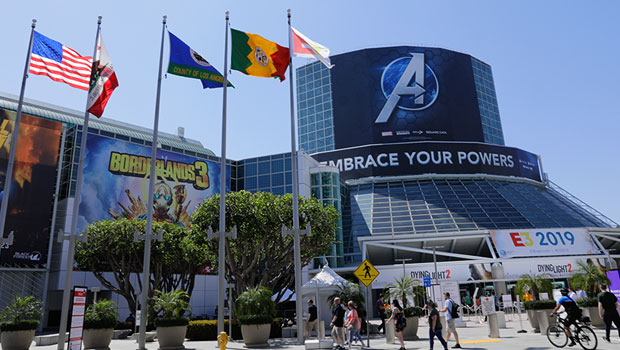 E3, the Electronic Entertainment Expo, was in full swing in LosAngeles this week. The annual trade show for the video gameindustry was not without a few surprises, a few disappointments and asusual a few companies that opted to forego the whole thing. Sony wasamong the companies that chose to skip the event, while rivalMicrosoft was present only via its annual press conference.

Sony announced last year that it would be pulling out of E3 andinstead would consider other opportunities to connect with the gamingcommunity.

“Sony could decide to hold its own event, separate from the next E3,to officially announce its next game system,” said Marjorie Costello,editor of Consumer Electronics Online News.

“This is similar to the way Apple makes its product announcements,choosing the timing and venue that aligns with its needs, separatefrom trade shows such as MWC Barcelona — formerly Mobile WorldCongress — and CES,” she told TechNewsWorld.

With both of the console giants missing from the show floorit was by many accounts a lower key E3 — but not to the level of thetruly select industry insider event that it had become in 2007-2008.E3 this year was still loud, brash and at times over-the-top.

Even before the restructuring of E3 more than a decade ago, whichactually reduced the number of vendors on the show floor, manycompanies held press conferences that were semi-affiliated. Sony’s decision not to hold such an event could be a consequence of the pre-show events having become somewhat overwhelming for attendees.

Major publishers such as Electronic Arts, Bethesda, Square Enix andUbisoft each pulled out all the stops. Microsoft alsooffered quite a spectacle. Google held a Stadia Connect eventjust prior to the event, and was joined by other tech companies thatsought to show off their latest hardware.

“AMD hit hard and early hosting its ‘Tech Day’ before the show andtaking the strongest shot yet at Intel’s dominance, arguing with somecompelling benchmarks that they were not only competitive with Intel’sbest, they cost less than half as much,” said Rob Enderle, principalanalyst at the Enderle Group.

“What was fascinating was they anticipated Intel’s response, which wasto announce a faster high-end part by hinting Threadripper,which is their performance monster, would refresh in Septemberand arrive right on top of Intel’s improved offering,” he toldTechNewsWorld.

“Intel was so upset they broke from their policy of ignoring AMD andchallenged them to a public shootout, giving the firm even morecoverage,” Enderle added.

All those press conferences — and the celebrities andspecial guests that make an appearance on stage — in many ways have overshadowed the games on the show floor. This year was no exception,and the biggest winner of this year’s E3 might have been one such celebrity.

“If there was a winner at the show it was Keanu Reeves, who showed upsurprisingly at the Microsoft press conference,” said Paul Semel.

Microsoft had gone to great lengths to keep Reeves’ appearance at thepress event a secret, and according to online reports a stand-in wasused for Reeves during rehearsals while the actor was referred to by acodename.

“He plays one of the characters in the upcoming Cyberpunk 2077 game,and when he came out on stage the response was overwhelming,” Semeltold TechNewsWorld.

“He was clearly overwhelmed and received a standing ovation, and itwas clear he didn’t understand how much people liked his appearance inthe game or the actor himself,” he said.

“The Cyberpunk 2077 game took the show though, thanks to Keanu Reeves clearly leveraging the continued success of the John Wickfranchise,” remarked Enderle.

“This game is the one that I’m lusting for, and sadly it is around ayear out,” he said. “Of all the games, this one seemedto be the biggest hit with the audience.”

Where Sony was a no-show and other rival Nintendo took a far lower-keyapproach, Microsoft upped the ante at E3 this year — even it if wasjust “hinting” at things to come.

“Microsoft’s Project Scarlett was announced, and it will run on afuture AMD part, reinforcing AMD’s presence at the show, and it looksto be one hell of a system,” noted Enderle.

That system could end up in a head-to-head battle with Sony’s already-announced PlayStation 5. More importantly, Microsoft made sure thatthe game that helped make the original Xbox a success would get arefresh as a way to keep the faithful toeing the party line.

“The latest Gears of War title, Gear 5, further supported the factthat the next Xbox would be the platform to beat at the show,” headded.

This was further reinforced by other Xbox announcements, whichincluded Elden Ring, a title in development from the makers of thepopular Games of Thrones tie-in.

“Putting the icing on this impressive cake was Microsoft announcingyou could play your games anywhere on PCs, tablets, or smartphonestied to their huge cloud pivot, offsetting substantially Google’ssimilar Stadia effort and fully eclipsing Sony,” suggested Enderle.

“The cross-platform announcement, which basically blends both Xbox andPC titles into a multiplatform solution, suggests that while PCs andthe Xbox dominated, Microsoft was likely the biggest winner at thisshow — while AMD, partially thanks to Intel, got the most potentialuplift.”

The major publishers all had something special to offer at this year’sE3, but in some respects it seemed a lot like more of the same thananything truly revolutionary.

Bethesda also seemed to be doubling down with its current line-up ofgames at its event. This included new content for Fallout 76 and TheElder Scrolls Online. It also highlighted the upcomingWolfenstein: Youngblood and Doom Eternal.

Perhaps the two biggest surprises fromUbisoft were the announcements that a movie version of its game TheDivision is headed to Netflix, while the company somehow is involvedwith a project called Mythic Quest: Raven’s Banquet from RobMcElhenney, creator of the comedy series It’s Always Sunny inPhiladelphia.

One the most surreal moments at E3 occurred during Ubisoft’spress conference when actor Jon Bernthal, who stars in the upcomingGhost Recon Breakpoint game, came out on stage with Bam Bam –one of his three rescue dogs.

“The audience loved the dog. He was the hit of the press conferencesafter Reeves,” said Semel.

This year’s E3 may stand out for what wasn’t said and whatwasn’t shown. Google held a pre-show press conference forStadia Connect but games for the new system were largely absent. So itwasn’t just Sony that was missing.

“There was very little on virtual reality or augmented reality either,” said Michael Heiss, principal consultant at M. Heiss Consulting.

“There was almost nothing about the cloud at the show — so really thisyear was a show with no loser but certainly no winner,” he toldTechNewsWorld.

Details remain murky even about what was shown.

“Microsoft didn’t really offer much about its new console, and it wasmore about performance and load time than graphics,” said Semel.

“It could be said Microsoft gave the fan boys enough meat to chew on,but not to fill them up,” quipped Heiss.

“We know that Sony and Microsoft’s next systems won’t likely come outuntil 2020 at the earliest, and that each will have plenty of gamesand plenty of exclusives,” he added.

Also notable about the systems is that each likely will featurean optical disc drive and be backward-compatible with the current Sony PlayStation 4 and Xbox One.

“That is something that didn’t get a lot of attention but isimportant, because just like in the home theater world there are thosewho don’t want to rely on the cloud,” suggested Heiss. “The cloud iscool, and 5G is cool, but the hardcore gamer will want the discs.”

For every winner at the show there was a loser. As usual a lotof the upcoming titles could be more than a year away, but the biggerissue was that much of the content shown didn’t appear to be actual”in-game” footage.

“The Gears 5 trailer showed a new mode, but it wasn’t clearwhether it was actual game footage,” he said.

Gamers also could be a loser — if not at E3 then perhaps where theindustry is headed, warned Heiss.

“The cloud could be an issue for some gamers — such as if you haveComcast and face data caps — so the cloud isn’t going to be an idealsolution for games,” he noted.

However, the biggest loser might not have been a game or even a publisher.

“The biggest loser might have been the show itself,” said Semel.

“The South Hall still felt like E3, but the West Hall lacked Microsoftand Sony, and the noise and energy were lower,” he noted.

“You could feel something was missing the minute you walked in. Therewas almost a malaise to it — those companies were always in the hall,and it was kind of sad,” Semel added.

“Sad” could be used to describe another loser of the show.

“The biggest loser was some dude going by the handle ‘Dr Disrespect’that decided that it would be smart to Twitch stream from inside abathroom and got banned,” said Enderle. “What an idiot.”