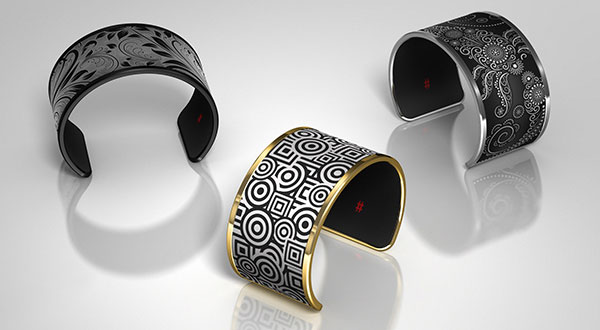 L!ber8's Tago Arc is aimed at the fashion conscious or those who like to use their jewelry to tell the world a little more about themselves. It has an e-ink screen, which is controlled using an NFC-enabled smartphone -- sorry, iPhone owners -- to let wearers switch up the design on the fly. Ordinary users can purchase a variety of looks, while budding Stella McCartneys can create their own.

Salutations, and welcome to a new installment of Gadget Dreams and Nightmares, your hitchhiker’s guide through the maelstrom of new gizmo announcements.

On the road this week are an e-ink bracelet, a View-Master revival, a smart plush toy for kids, and an all-in-one touchscreen remote.

Please note these are not reviews, and the ratings relate only to my interest in testing each item or hurling it through the closest window.

L!ber8’sTago Arc (pictured above) is aimed at the fashion conscious or those who like to use their jewelry to tell the world a little more about themselves.

It has an e-ink screen, which is controlled using an NFC-enabled smartphone (sorry, iPhone owners) to let wearers switch up the design on the fly. Ordinary users can purchase a variety of looks, while budding Stella McCartneys can create their own.

It’s a modern henna tattoo for people who are smart enough to not let some stranger on a street corner etch a doodle on their arm without knowing the potential effects of whatever strange liquid is in the jar. Far safer and much more customizable.

Return of the View-Master

With the dual trends of turning smartphones into viewing devices strapped to our faces and reviving retro toys, it seemed almost inevitable that someone would create a 21st-century View-Master using iPhones or Androids.

Google and Mattel have paired up to revive the 3D viewer, including the classic lever one would press down to skip to the next slide. 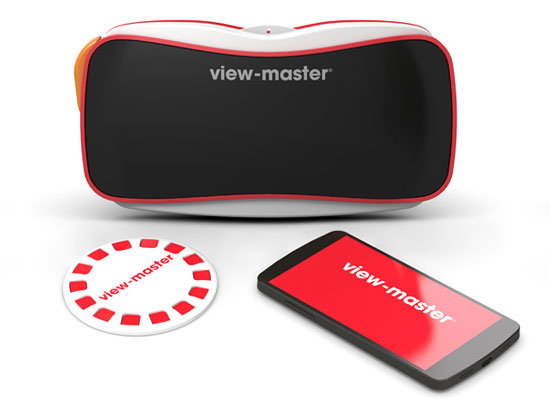 This is a thoroughly modern incarnation, since the cardboard discs one used to place inside the View-Master are now placed in front of the wearer where they turn into immersive augmented-reality experiences.

It sounds like a blast, and for just US$30 for the headset (it’s also compatible with Google’s Cardboard) I’m tempted to immediately dive in. But unless it has endless virtual scenes starring Disney characters like my favorite View-Master discs as a sprog, I’m out.

Rating: 4 out of 5 Virtual Realities

Elemental Path is trying to give kids a huggable, intelligent companion who can teach them a little more about the world. The CogniToys line of dinosaurs uses the power of IBM’s Watson to give youngsters a friend they can talk with and ask questions.

Through speech recognition and natural language processing, these toys can answer at least some of those questions and keep the kids entertained with jokes.

On the surface, it seems like a version of Amazon’s Echo for kids, albeit one geared toward learning.

Putting aside any potential privacy concerns and the thing’s unfortunate voice — it sounds like a slasher movie serial killer gasping threats over the phone — it seems a decent investment if it can help children learn.

That said, I’d much rather see parents forego this in favor of playing with and teaching their kids themselves, as bothersome as their persistent questions might be.

Rating: 3 out of 5 Huggable Dinosaurs

All-in-one remotes are easy to find, and touchscreen versions are becoming more widespread, but I’m not sure I’ve seen any quite as pretty as Ray.

It’s compatible with hundreds of thousands of home devices, from Apple TV to Roku TV, to Dish Hopper DVRs and Nest Thermostats. Connectivity and flexibility are key here.

It’s managed to hit that Apple-esque sweet spot of looking cold and detached but simultaneously useful and fun to play with.

If it works as nicely as it looks, I’ll never let this out of my reach.

Rating: 4 out of 5 Flipped Channels

The makers of the Neptune Duo want to pair a smartphone and smart wristband.

There’s not much on the surface to set it apart from the myriad other smartwatches on the market, yet this is interesting because it puts far more emphasis on the wearable, while the traditional phone is more the accessory.

For instance, you put your SIM card directly into the band. The phone is intended to give you greater control over the band and act as a larger screen for viewing media and so on.

I’m still on the fence with smartwatches and the like, but I’m intrigued by the different strategy this manufacturer is taking. I’d like to try it out if only to flip my entire on-the-go connectedness on its head, just as an experiment.

That said, I would be most annoyed if the battery on the band ran out and I couldn’t make a call even though I had this otherwise perfectly functional phone-like brick in my hand.

Rating: 4 out of 5 Switcheroos