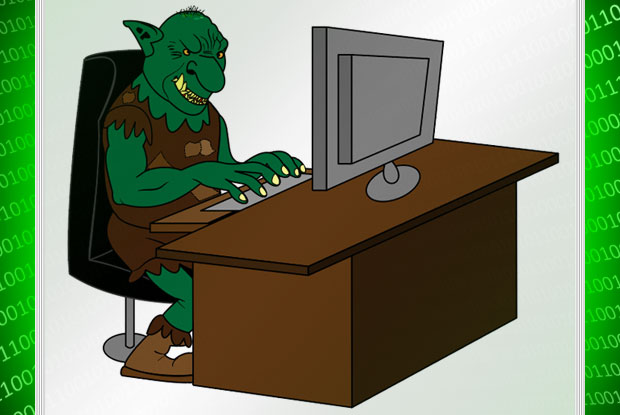 Perspective reviews comments and scores them based on their similarity to comments people have labeled as toxic, or that are likely to result in someone leaving a conversation.

Publishers can select what they want to do with the information Perspective provides to them. Their options include the following:

Perspective got its training through an examination of hundreds of thousands of comments labeled by human reviewers who were asked to rate online comments on a scale from “very toxic” to “very healthy.”

Like all machine learning applications, Perspective improves as it’s used.

A number of partners have signed on to work with Jigsaw in this endeavor:

Jigsaw has been testing a version of this technology with The New York Times, which has a team sifting through and moderating 11 thousand comments daily before they are posted.

The company is looking for more partners. It wants to deliver models that work in languages other than English, as well as models that can identify other characteristics, such as when comments are unsubstantial or off-topic.

“Perspective is one of those things that’s both fascinating and scary,” said Rob Enderle, principal analyst at the Enderle Group.

Its potential to be used as a tool for censorship is concerning, he suggested.

“We already know that the Left and Right are getting very different news feeds, [and Perspective] could further exacerbate this problem because people often view other world views as hostile, false and toxic,” Enderle told TechNewsWorld. “As this technology matures, it could effectively ensure that you only see what you agree with.”

Further, “getting around systems like this with creative spelling isn’t that difficult,” he maintained.

Perspective “really doesn’t address the core problem, which is that trolls are largely unpunished and seem to gain status,” Enderle said.

Perspective likely is not very sophisticated when it comes to context or sensitivity, said Michael Jude, a program manager at Stratecast/Frost & Sullivan.

“What one person might consider to be toxic, another might not — and this is contextual,” he told TechNewsWorld.

Twitter has been hit particularly hard by online trolls. Perspective might prove helpful in its battles against online abusers “if it actually works,” said Jude.

However, Twitter would have to “admit that their service isn’t a bastion of free speech,” he added.

Clamping down on comments viewed subjectively as online abuse is a form of censorship, said Jude, and it raises the question of what “public forum” really means.

“If a social media site isn’t truly an open public forum, then it shouldn’t pretend to be,” he argued.

Sites that restrict comments should warn that all posts will be reviewed to ensure they meet community standards, said Jude. If they don’t wish to undertake such a review, they should post a warning on the landing page: “Beware all ye who enter here.”