Here Comes UHDTV – You Ain’t Seen Nothing Yet 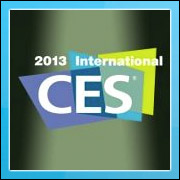 The original analog NTSC TV standard for sets that graced living rooms for decades was only phased out in 2009 after years of delays, extensions and efforts to reach a standard for digital TV, but already TV manufacturers are looking to the next big thing.

At this year’s International CES (formerly the Consumer Electronics Show) in Las Vegas, all the buzz is about “4K” TV sets that offer four times the resolution of current-generation HDTV sets. Also known as “UHDTV,” these utilize more than eight million pixels, compared to the two million or so pixels in today’s sets.

HDTV we hardly knew you.

However, a number of barriers are keeping consumers from running out to get one at their local big box retailer, with the biggest being price. Four times the resolution can cost far more than four times the price. 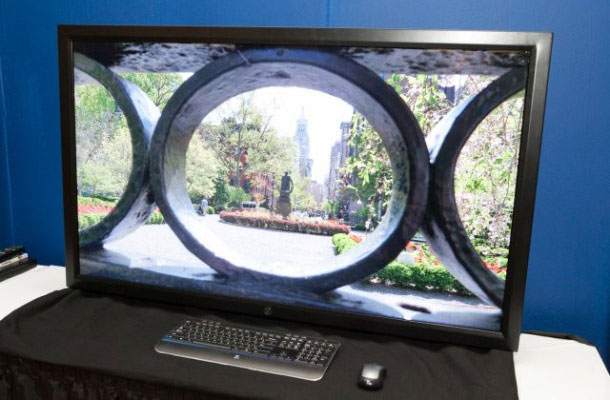 Sony and LG have introduced 84-inch UHDTV sets priced at US$25,000 and $20,000 respectively, while Sharp has a current generation 80-inch HDTV on the market now for less than $4,000. The truth is that the manufacturers are at present just looking to create more buzz than sales.

“The reality is that the manufacturers need to have a good coming-out party for this technology,” said Scott Steinberg, principal analyst at TechSavvy Global.

“The manufacturers are really just looking to create a premium category,” he told TechNewsWorld, “especially as the market has been filled with low-cost models that are barely covering the margins.”

More Sets on the Show Floor

Last year’s hoopla at CES was about proof of concept, but at the 2013 International CES, it’s about showing that the technology is ready for living rooms. Numerous manufacturers are introducing sets, and unlike some competing technologies — including OLED — 4K/UHDTV will be in retail stores this year.

Moreover, those sky-high prices that put the sets in the fantasy realm could fall to reality rather fast as more manufacturers get production rolling.

“Westinghouse Digital is bullish on UHDTV, and we expect to drive consumer adoption more so than other brands by maintaining more rational and affordable multiples relative to 1080p,” said Rey Roque, senior vice president of marketing at Westinghouse Digital.

“We believe that once consumers see the amazing clarity of our 4K displays, that they will rank resolution highly in their purchase consideration,” he told TechNewsWorld.

However, it isn’t clear if those prices can fall enough to get beyond the early adopter and cinephile audience and into the mass stream.

“The sets are currently around $24K but that could come down to $10,000,” said Ben Arnold, director of industry analysis at the NPD Group.

“That is localized to an enthusiast type of consumer, but as we go forward it could be setting the stage for wider adoption,” he told TechNewsWorld.

“In three or four years it could be closer to the market,” Arnold added, “and by then there could be enough familiarity with the format that it will escape confusion.”

One problem is that consumers have been confused before by competing home theater technologies — notably the showdown between Blu-ray and HD-DVD. The fact that some manufacturers continue to use the “4K” moniker while others are on board with the Consumer Electronic Association’s “UHDTV” branding doesn’t help matters.

“There is a great potential to confuse consumers,” Arnold noted. “It doesn’t end with buying the set, as people could find content that is branded differently.”

Of course, just finding something to watch is going to be an issue.

“There is currently little to no content for it,” said Chris Boylan, editor of Big Picture Big Sound.

“Blu-ray Disc cannot deliver a 4K movie at home without a major change to the format specifications — not just to the codecs, but to the physical storage characteristics of the disc,” he told TechNewsWorld.

“A 50 GB Blu-ray Disc simply can’t hold a two-hour plus movie in 4K resolution,” Boylan stressed. “And 4K streaming? Better have a T1 line into your home for that.”

In other words, before 4K/UHDTV content can get to the point of streaming, the entire broadband system would need a major overhaul — and that isn’t likely to happen anytime soon. Nor are the networks likely to see an update to the current digital TV standard — something that took years to get to in the first place.

That limits the options, including packaged media, something consumers have been slowly weaned from with the promise of cloud-based services. Would those who have adopted the view-now delivery model of Netflix, Hulu and Amazon go back? Perhaps — but with reservations.

“The only delivery mechanism for 4K that would make sense, given current network bandwidth limits, would be a digital delivery system that downloads the 4K movies to a home server in advance of the street date, and enables viewing on the street date,” Boylan suggested.

“This would allow the actual download of these large files to begin days or weeks before they are needed,” he explained. “Vudu used to have a dedicated box with its own on-board storage, but they have since moved to the cloud-based, streaming based model like everyone else.”

Aside from whether content becomes more readily available, there is still one reason that 4K/UHDTV could see gradual adoption: It could provide a means of increasing screen size. At present, Full HD 1080p can’t really be fully appreciated except in screen sizes over 50 inches — but beyond 65-inches, even this resolution begins to show its limitations. Thus greater resolution would be required for larger screens.

“It seems that’s the direction we’re going to go,” said Arnold. “That is part of the trend towards having the movie theater experience in the home. It is future-proofing the move to bigger and bigger screens.”

The technology inside the sets could also make today’s Full HD content look better on those larger screen sizes.

The question remains whether this upconversion is going to be enough to draw in the true cinephiles and movie buffs. Even if it does as a technology, it might not translate to flat panel TVs.

“4K is currently a niche market which makes more sense for projectors rather than for flat panel TVs,” said Boylan. “A 65-inch 1080p HDTV looks good enough — and is big enough — for most consumers. The 60-inch plus TV market is growing significantly year over year, but how many people really have the room — or budget — for an 80-inch or 90-inch TV in their homes?”

Those advantages of 4K over 1080p become clear only at these larger screen sizes. Therefore, the deciding factor is going to be whether consumers top out at 60- to 65-inch screens, or opt to go to wall- sized sets.

It’s quite possible that TV viewers may not be drawn in by the promise of four times the resolution. While it does indeed look better, HDTV doesn’t look bad in the least. Consumers were slow to move from DVD to Blu-ray, and it could be a serious battle trying to convince them that the added resolution brings enough to the viewing experience.

There is, after all, only so much the human eye can take in.

“Compared to standard defintion TV, HDTV was a revelation — a huge increase in quality,” said Boylan.

“The improvement from HD to 4K is more subtle, particularly at reasonable screen sizes. 4K will make its way into the highest end ultra-large flat panel TVs as a way to justify higher costs, but it will not be a driving force for consumers to buy new TVs in the next few years,” he predicted.

“For now, it is a niche market for videophiles,” Boylan said, “but it has more application in the home theater/projection market, where screen sizes are 100 inches or more and the added detail is really useful.”

Even more useful could be those just announced 8K TVs. Technology doesn’t stop in the world of TV.

Peter Suciu is a freelance writer who has covered consumer electronics, technology, electronic entertainment and fitness-related trends for more than a decade. His work has appeared in more than three dozen publications, and he is the co-author of Careers in the Computer Game Industry (Career in the New Economy series), a career guide aimed at high school students from RosenPublishing.