How Many Ways Might iPhone X’s Face ID Go Wrong? 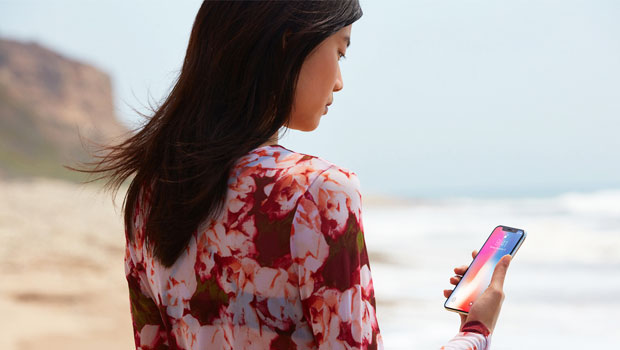 When Apple unveiled its iPhone X on Tuesday, officials highlighted the device’s advanced functionality, including what truly could be a game changing feature, its facial recognition technology.

The new handset, which will sell for a whopping US$1,000, allows users to unlock it simply by looking at it.

The 10th anniversary edition of Apple’s flagship mobile device is the first Apple handset to utilize Face ID, which works by scanning an owner’s face via an array of cameras. Apple touted it as more secure than passwords or even the fingerprint sensor that was introduced into its iPhone 5s back in 2013.

Back in 2011, Google introduced a similar facial recognition technology with the Android 4.0 operating system — dubbed “Face Unlock” — but it hasn’t taken the world by storm.

During Tuesday’s unveiling of the device, Phil Schiller, Apple’s senior vice president of worldwide marketing, declared that nothing was more secure or as simple to use as Face ID.

That didn’t appear to be the case during the actual reveal of the technology, however. Face ID’s debut was underwhelming, as it failed to work as promised during an onstage demonstration on Tuesday.

Craig Federighi, Apple’s senior vice president of software engineering, initially was unable to get the technology to recognize him. Apple later said the glitch was due to another individual having handled the device prior to handing it over to Federighi.

Regardless of their cause, the presentation hiccups may have been an ominous sign, as Apple has a lot riding on Face ID and the iPhone X overall.

The iPhone X features a TrueDepth camera that allows the Face ID system to ensure that the face looking at the screen is that of the actual owner. It works by sending out 30,000 invisible dots that pinpoint the curves of the head and other facial features.

In addition, an infrared camera tracks the patterns of the face, which helps confirm that the face on record is the one belonging to the device’s actual user.

“iPhone X will be a big departure from the user interface model that we’ve become used to with Touch ID,” said Wayne Lam, principal analyst for technology, media and telecom at IHS Markit.

“Other manufacturers have diversified their biometrics approach — case in point, Samsung adding iris scanning as well as fingerprint [tech] on their Galaxy S8 & Note8 products,” he told TechNewsWorld.

“That design philosophy is a bit compromised,” Lam said. “While Samsung offers choice to consumers, it often does not work well, or gets the consumer confused as to which biometric mode to engage with first.”

Apple has created something that could be demonstrably better, and it is betting on its success by replacing Touch ID with Face ID in the iPhone X.

“On first blush, I watched it in action at the Cupertino event, and it appears to work much more elegantly than the iris scanner on the Samsung Galaxy,” said Lam. “The iris scanning requires the users to line up the phone sensors with the eyes — bring the phone up to your face like you’re looking into the mirror — whereas Face ID projects IR onto the user’s face to create a facial contour map.”

From Game Time to Face Time

Apple’s Face ID technology is built around software developed to track more than just the eyes.

“Apple has a whole array of technology built into the iPhone X, and it is all an evolution of technology developed by Prime Sense, a 3D scanning company that Apple acquired back in 2013,” noted Ian Fogg, senior director for mobile and telecoms at IHS Markit.

“We have to remember that Prime Sense was the original supplier of the hardware for the Microsoft Kinect, the motion sensing technology for its Xbox platform,” he told TechNewsWorld.

However, as Tuesday’s onstage debacle showed, there could be problems in ensuring that the technology is ready for its closeup.

“If Face ID works, it is very convenient and users will love it, but if Face ID has problems with recognizing your face it becomes very frustrating,” he told TechNewsWorld.

The Face as the Key

Beyond frustrations, one of the biggest concerns with facial recognition technology is that systems potentially could be fooled by still photos, and thus might not be as secure as promised.

However, a photo or even a 3D model of someone’s face wouldn’t be enough to trick the software behind Face ID, according to Apple.

“The technology in the iPhone X is designed to create a 3D image of the face, and it utilizes tracking software that pinpoints the distance between the eyes and the point of the nose,” said IHS Markit’s Fogg.

“The handset also works with eye-tracking technology and only works if the person is looking at the phone, so you can’t have an accidental unlock by just holding the device and glancing at it,” he added.

Even so, people can look different by wearing makeup, getting a haircut or even having a suntan. It isn’t clear if significant weight loss or gain, along with a different pair of glasses, might be enough to cause the technology to fail to recognize a legitimate user.

Illness, such as edema, also could be an issue, suggested Entner. “That makes your face look noticeably different during the course of the day.”

Then there is the issue of security.

“If someone forcibly holds you and wants to have the access to your phone, they simply have to stick it in your face,” warned Entner. “PINs or fingerprints are much harder to compel in these cases.”

Face of the Future

Face ID on the iPhone X might just be the first use of this technology — since Apple acquired a 3D scanning firm, putting one’s best face forward might be in the future.

“This is really a question of where Apple could use this technology next,” said Fogg.”It could be in MacBooks to unlock the device, or even in Apple TV where you only have to look at the set-top box to log on. However, we’ve only seen Face ID in demos, and won’t know how it actually works until it ships this fall.”