Magellan SmartGPS Does the Cloud Right

With smartphones and an increasing number of tablets becoming GPS-capable, it is easy to write off dedicated GPS players. So many seem stuck in the past — days when devices needed a wired connection for updates and didn’t seem to be aware of Web services they might be ideal for, like Yelp.

With a recent California ruling making it illegal to use a cellphone for navigation in a car, not to mention the decidedly horrid native GPS capability in the latest iPhone, I think it is time to revisit the dedicated GPS player. I’ll use the Magellan SmartGPS as an example of the current best of class.

My product of the week is a book that kind of snuck up on me. Many of the books I read and enjoy bring a tear to my eye or a smile to my face, but Silicon Tales, an anthology of short adult fables, did that with almost every single story — save one that’s decidedly for a female audience — and I think we all need a little harmless emotional release, particularly in these trying times.

I was on a panel on cloud technology at a BlackBerry event last week in Miami, and I mentioned that one thing the company did far better than Apple was the cloud. You’d think I’d have made a powerful religious statement, given the number of people in the audience and on stage with me who responded with a collective Amen. Doing the cloud right is something many companies find is not easy. Even Apple seems to struggle here.

Ideally, particularly when it comes to a device, the cloud should be a transparent virtual interconnect. When you have to struggle with connecting to the cloud services — when the device hangs because it can’t see those services, or when the services are simply unreliable — the cloud becomes more of a liability than an asset.

One of the reasons aftermarket GPS systems have fallen a bit out of favor is the proliferation of phone GPS systems and native in-car GPS systems. The problem with cellphone-based systems is that the phone’s screen is generally too small to be seen easily while it is on the dash. In California, the use of cellphone GPS was found to violate the law against texting while driving.

I was recently in a town car that had been arranged so I could make it through rush hour traffic to a studio, and the driver was using his phone to navigate. It was an iPhone, which made the drive far more of an adventure than I’d intended. I had to repeatedly jump in and point out the phone was taking us in exactly the opposite direction I wanted to go, and the driver’s distraction nearly caused three accidents.

Currently the problem with in-car navigation is that in most cars you can’t update the system, and you run the risk of the car company changing vendors. This happened to me. I have a 2004 Jaguar XKR, and the company has stopped updating maps for the car, having moved to a different system in 2007. Changing out that head unit cost nearly US$3,000.

This brings me to the Magellan SmartGPS system, which has both Web and smartphone components. I tested it with an iPhone 4S, but it will also work with current-generation Android-based systems. The Magellan navigation app is particularly useful on the iPhone, effectively replacing the native iPhone app that has been so problematic, and it has the same user interface and Web features as the standalone system.

The phone app can push to the GPS via Bluetooth. That means you can choose your destination on the phone and then push it to the GPS device while in proximity, or over the Web if the SmartGPS is connected to WiFi. You don’t have to have an expensive tethering service for this to work, and while you are in the car, the SmartGPS gets to the Web through the Bluetooth connection. As with most current-generation smart devices, the SmartGPS can get updates over the Web, ensuring your maps are up to date. Ideally you’ll get the updates while connected to your in-home WiFi service, saving data charges.

The device has a variety of widgets preloaded, including traffic updates, Yelp reviews of restaurants, and gas prices at stations in close proximity. Coupons and offers show up as well, but one initial shortcoming is that you can’t pass those coupons back to the phone. It is easy to find them on the mirror service on the phone, though, and a software update to address this is coming.

The built-in notifications include red light cameras, weather and traffic alerts. There are premium notifications that range from speed traps to school zones and dangerous intersections, likely based on accident statistics.

The Magellan SmartGPS currently represents the state of the art in cloud-connected standalone GPS devices. The only initial shortcoming is that data doesn’t push in both directions, but it is a minor issue and one that I understand will be corrected shortly through a software patch.

In testing, it struck me that given the massively increased interest in dash cameras, future devices in this class will likely integrate dash cameras, plus the ability to record both map and visual information in the same file. Combining the two would make the camera footage more interesting to watch, and if an accident should occur, having both pieces of data could be very helpful in determining fault.

The Magellan SmartGPS heralds a new class of connected GPS systems and devices. Soon, finding a device that isn’t smart will be the harder task.

Product of the Week: Silicon Tales

When I got an email telling me of a book of Silicon Valley fairy tales, I was intrigued. I’m a big fantasy and sci-fi fan, and I figured the book was going to be something like The Dresden Files, one of my favorite series.

I wasn’t even close. This is actually a book of fables set in current time. Just several short pages each, these stories often brought a tear to my eye or a smile to my face — or both. 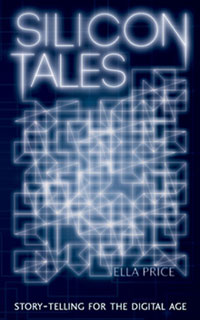 As fables are supposed to do, these convey an important life lesson and are tied to what appear to be real stories retold in a fantasy style. I found that in a few short words, the author could convey a depth that often is lacking in much longer books. The combination of subtle advice and whimsy really touched my soul.

I typically rush through a book because the nature of the books — much more adventure-oriented — drive me through the cliffhangers to the conclusion, and then I’m left wishing I’d read more slowly. It’s kind of like drinking shots of good whiskey fast.

This book is more like a fine wine to be sipped and savored over time. The first chapter is a bit dry, but then each fable delivers a sip of flavor, passion and experience. Silicon Tale by Ella Price is a rare jewel that truly touched me, and I was honored to have been sent a copy to review. Oh, and it is available on Amazon Kindle, which is a requirement for me to make it a product of the week.