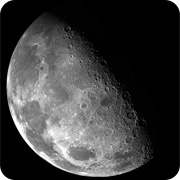 The U.S. National Aeronautics and Space Administration (NASA) is looking into setting up a base near the moon to further space exploration.

As it’s envisioned, the base will go into a halo orbit of the Earth-moon libration point 2, known as “EM L-2,” above the far side of the moon.

Essentially, a spacecraft in a halo orbit goes around and around near a libration, or Lagrangian, point — in this case E-M L2. A Lagrangian point is a position in an orbit where a small object affected only by gravity can theoretically be stationary relative to two larger objects. There are five Earth-moon Lagrangian points.

“A team has been formed to conduct a study to develop near-term missions to E-M L2 as we continue to refine our understanding and implications of using this waypoint as part of developing a broader exploration capability,” NASA spokesperson Michael Braukus told TechNewsWorld.

Placing a spacecraft at a Lagrangian point was one of the ideas for a space mission that space scientists put forward.

“There are all kinds of possibilities that were floated, and these included going to an asteroid, going to the moon, going to Mars, and going to Lagrangian points, of which E-M L2 is one,” Kip Hodges, director of the School of Earth and Space Exploration at Arizona State University, told TechNewsWorld.

However, NASA’s facing budget cuts, and several sources have suggested that one of the things that could be done “relatively inexpensively” is to go to one of the Earth-moon Lagrange points, Hodges said. “I just came back from a meeting in Houston last week, and NASA’s trying to gather up ideas, evaluate them and think what the possibilities are.”

Putting a base in orbit “saves money because there is no need for a lander,” NASA’s Braukus said. The agency is “conducting an in-house study that will develop a detailed and cost-constrained mission concept [for a mission to E-M L2],” he confirmed. This is scheduled for completion by March 30.

With cost a prime consideration, “NASA thinks that, with not too much money, or even within their projections right now, they will be able to put humans at E-M L2,” Hodges said.

E-M L2 is on the opposite side of the moon from Earth, and “that gives us access to the far side of the moon that we … haven’t seen in great detail before,” Hodges stated. An E-M L2 mission will also let scientists “explore what it’s like to live and work in deep space for long time periods” in preparation for possible future manned trips to Mars and outlying asteroids.

It’s likely that the Orion Multi-Purpose Crew Vehicle will be used for the E-M L2 mission.

Orion was scheduled to loop around the moon and come back to Earth in 2017 to see how it would perform during a re-entry from deep space, Hodges said.

However, “energetically, it’s not much more difficult to take the spacecraft to E-M L2 than to do a loop around the moon,” and that’s what NASA’s considering now, Hodges continued.

That has given rise to several suggestions on how to take advantage of this phenomenon.

“I’m pushing sending a satellite up there that would be a communications relay that would allow us to conduct telerobot operations,” Hodges said. “You can’t do telerobotic operations in a place you can’t see.”

Telerobotics is the control of robots from a distance, usually through wireless communications.

Hodges also suggests placing monitoring devices that would, for example, keep track of the radiation dosage at E-M L2, “which is important for long-term human existence in that area” and a televideo system with very high bandwidth access aimed at Earth to effectively provide near-realtime videos of the hemisphere of the earth.