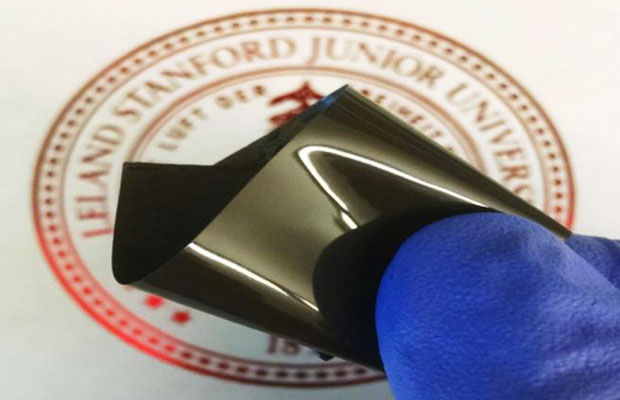 Incorporating a polymer switching material into lithium-ion batteries could prevent their overheating due to a process known as “thermal runaway,” according to Stanford researchers, whose findings were published this week in Nature.

Lithium-ion batteries consist of an anode, a cathode, a separator and a flammable electrolyte. The separator melts when a large amount of heat is generated by overcharging or shorting, ultimately resulting in a thermal runaway.

The hoverboards that recently made headlines for exploding or bursting into flames possibly were plagued by low-quality lithium-ion batteries.

Overheating batteries to 150 degrees Celsius or higher — whether by shorting, overcharging, or subjecting them to a variety of other abuses — triggers exothermic reactions that can result in catastrophic explosions and fire, the Stanford researchers said.

Pressures and temperatures can rise inside cells too fast to control using safety mechanisms such as external pressure release vents and positive temperature coefficient resistors on the cases of commercial lithium-ion batteries. Therefore, internal safety strategies are preferable to prevent thermal runaway, according to the research team.

Some internal solutions are irreversible — they shut down a battery but render it useless. Others, such as electroactive polymer separator coatings, have limited operating voltages. Solid state electrolytes decrease battery performance. PTC-modified current collectors are simple and reversible, but they are limited by low room-temperature conductivity and considerable current leakage.

“Overheating is one of the biggest problems Li-ion batteries have,” observed Rob Enderle, principal analyst at the Enderle Group. “They get incredibly hot when they catch fire — enough to melt aluminum — and that makes temperature mitigation extremely important.”

One of the lithium-ion batteries powering Enderle’s electric bicycle burned, melting the screws that held it to the bike and setting fire to the tires, he recalled.

“It took three years off my life,” Enderle told TechNewsWorld.

TRPS is 103 to 104 times more sensitive to temperature change than previous switching devices, the researchers pointed out.

Batteries with the internally incorporated TRPS show excellent cell function in a wide voltage window at normal temperature, and they shut down rapidly under abnormal conditions, such as overheating or shorting.

They can resume normal function repeatedly without performance compromise, even after being overheated several times.

“The improved thermal control should increase the life cycle of the battery, but I have no idea if the additional chemicals will have an adverse impact,” remarked Jim McGregor, principal analyst at Tirias Research.

The Stanford team’s accomplishment “looks good on paper,” said Enderle, “but until the connection is up and working, you shouldn’t take it into consideration when buying a battery this year. It’s at least five years out from going to market.”

The researchers haven’t been able to conduct an experimental demonstration of their technology because they can’t build large batteries; however, they didn’t indicate whether that’s because of lack of funds or due to technological challenges.

Cost and life cycle might be issues, MacGregor told TechNewsWorld. “Theoretically, the cost shouldn’t be that significant because you can offset other solutions …, but that doesn’t mean they won’t try to make a fortune on the technology.”

If adopted, the technology would improve the safety of lithium-ion batteries “and likely extend the potential for use in other areas, such as aircraft,” McGregor said. It “makes the most sense for larger battery applications, such as use in cars, but would likely be adopted in all sizes of lithium batteries so long as the cost isn’t prohibitive.”