Adobe Lays Out a Feast at Its MAX Picnic 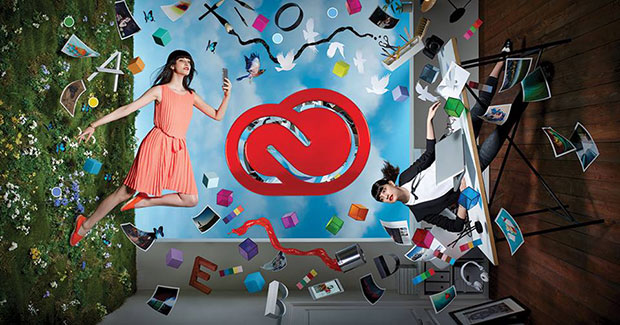 Adobe on Monday raised the curtain on two mobile apps and a basket of product upgrades at its MAX conference in Los Angeles.

Both new apps — Photoshop Fix and Capture CC — are free, but they initially will be available only to users of Apple’s mobile devices.

Photoshop Fix includes some commonly used Photoshop features — exposure, contrast and saturation control, as well as object and blemish removal. It also has a tool for altering parts of a face. For example, you can widen eyes, suggest a smile, or perform a virtual rhinoplasty on a visage.

Image editors ought to be careful when working with the face feature, cautioned David D. Busch, creative director of David Busch Photography Guides, who has worked with similar programs for Photoshop.

“Whenever I’ve done it, the faces look a little creepy,” he told TechNewsWorld.

The other mobile app, Capture CC, combines capabilities found in Adobe Brush, Adobe Shape, Adobe Color and Adobe Hue into a single app. Assets captured and created with the app can be used as a brush, shape or color theme for professional work.

“More work is going mobile,” said Ross Rubin, principal analyst with Reticle Research. “Providing these tools not only creates more opportunities for collaboration on-the-go but for inspiration from things around you at a particular time.”

By offering the apps free of charge, Adobe can build good will with both existing and potential users.

“The mobile apps are complementary to Adobe’s desktop software packages, so they’re a value-add to those customers, as well as a way to introduce new customers to the brands and the capabilities,” Rubin told TechNewsWorld.

Adding more touch support may be a tip-off of where Adobe sees the tablet market going.

“There was a trend where tablets were going to replace computers, and then it went away,” Busch explained. “Now it’s coming back with Apple’s iPad Pro. It’s starting to become more practical to retouch on a tablet with a stylus.”

Touch expansion is a positive step for Adobe, said Rubin.

“Gaining more experience with mobile interfaces is helpful, because they’re bubbling up to more powerful creation platforms like the iPad Pro and Microsoft Surface,” he said.”Touch is just a more natural way for artists to work.”

A number of new features were announced for products across Adobe’s Creative Cloud line:

Looking ahead, the company announced it will add stock video to its stock photo service. Also in the works is Portfolio, a new way to create online portfolio websites.

The new features for Adobe’s Creative Cloud service will come without any change in its US$9.95 monthly fee.

The company’s transition to a cloud service provider seems to be a success.

“The subscription model seems to be working pretty well, which has allowed them to move to it exclusively,” Rubin said. “It’s worked so well that Microsoft is moving to the same model.”