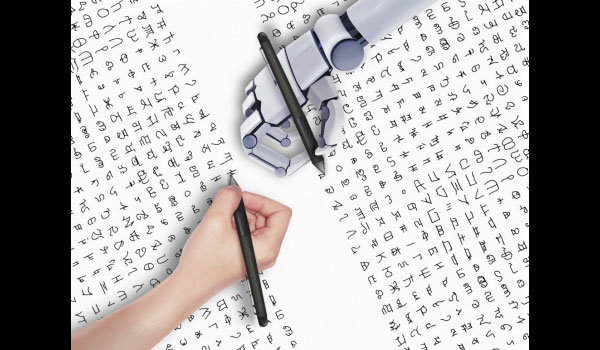 Researchers have created a computational model that enables artificial intelligence to learn the way humans do, according to an article published last week in the journal Science.

The model gives AI the ability to recognize handwritten alphabetical characters as fast as humans can.

Researchers from New York University, the Massachusetts Institute of Technology and the University of Toronto reversed engineered the way people address problems and built an AI algorithm for that approach.

Their work has given weight to some promising approaches to putting machine learning on par with human understanding, according to the paper’s lead author, Brenden Lake, a Moore-Sloan Data Science Fellow atNew York University.

“Compared to our best machine learning algorithms, people can learn a new concept from less data and generalize in richer and more powerful ways,” he told TechNewsWorld. “We were able to capture these human learning abilities for a large class of simple visual concepts — handwritten characters from the world’s alphabets.”

The Promise of AI

It doesn’t take much imagination to cook up use cases for human-like AI in the high-tech sector, but other industries also could benefit from machine learning.

Online university courses would benefit greatly from automated processes delivered by AI, said Susan Eustis, senior researcher and co-founder atWinterGreen Research. It would help professors further personalize content for students and enable them to update textbooks with the latest research on a given topic.

“Supply chain modernization will also benefit from the ability to manage thousands of varying inputs and quickly notify all the appropriate managerial endpoints as to the state of shipments and inventory in a timely manner,” Eustis added.

The Potential for Peril

While the rise of AI over humans is a common doomsday scenario, Eustis doesn’t see a point at which biological brains fall behind robots in intelligence.

There’s no reason to worry that the algorithm will someday empower machines to outperform humans, Lake said.

“I think this work represents genuine progress in a limited domain, but it also highlights the challenges and major gaps that remain between human and machine learning when all cognitively natural domains are considered,” he said. “People are still much better learners.”