Alexa Takes Up Residence in a Really Smart Fridge Magnet 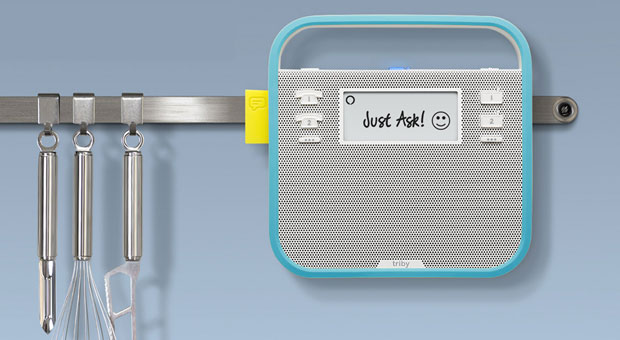 Invoxia on Thursday announced that Amazon’s Alexa Voice Service has been integrated with its Triby digital assistants.

The voice-activated unit is the first non-Amazon product to be Alexa-enabled.

Triby, which has a magnetic frame, features a built-in speaker and microphone that can be used to listen to Internet radio or as a hands-free speakerphone, but its main function is to act as a digital assistant that can provide hands-free control for getting information from the Web, including Wikipedia, weather, news and sports.

Via voice commands, users can control timers and alarms, access a calendar, and create shopping and to-do lists. The device can act as a connected message board, complete with its own small e-ink message screen.

“Triby has been designed to transform how technology can improve everyday family life today and in the future,” said Sbastien de la Bastie, managing director of Invoxia.

“Just as Apple changed the mobile industry by using capacitive touch as a new interface, voice-activated devices will be the game-changing interface that makes the smart home a reality,” he told TechNewsWorld. “By creating a device that is strategically placed within the kitchen, the functional and social control center of the home, we are bringing cloud-based AI into the real world in a way that will become as appealing to families as it is to tech adopters.”

The Reviews Are In

Many early reviews of the Triby praised its design, yet they were quick to compare it to the Amazon Echo speaker, which also features voice activation.

Reviews have highlighted the Triby’s functionality, with The Verge’s Dieter Bohn suggesting that it has everything but the kitchen sink thrown in.

The square and boxy design is approachable, even adorable, he said, adding that his only complaints were that it requires very reliable WiFi to work as promised, and that the sound quality was lacking when compared to other similar sized dedicated speaker units.

The Triby is easier to move around the kitchen or house than Amazon’s Echo, and while it is slightly more expensive at around US$200, it offers the e-ink screen, Engadget’s David Lumb noted.

The e-ink screen might have sounded pointless on paper, but it could be a breakthrough feature for the Triby, CNET’s Dan Ackerman argued. The small screen, which triggers a little yellow flag to alert other family members, is something kids would love — and it is, after all, a device meant for the family. His chief complaint was that the speakerphone was rather lacking in his tests.

Since last year, Amazon has been encouraging development of integrated devices that utilize Alexa. It even set up a fund to help developers introduce Alexa-powered products.

As the first non-Amazon product to utilize the Alexa technology, the Triby could be significant in helping the market for home-based digital assistants grow.

“This is the beginning of voice-centric devices, as I predicted more than 10 years ago,” said Roger Entner, principal analyst at Recon Analytics.

“There are times when a touch-screen slab is not doing the job right, and two-way voice communications is the best way to interact with a machine,” he told TechNewsWorld. “We are finally getting there with our technology.”

“It’s natural that Amazon would want to expand the platform through licensing deals,” he told TechNewsWorld. “The Echo was a breakthrough product, but having a kitchen-specific version is a logical extension.”

As with any new product, there are advantages and disadvantages, and the upsides for Triby include its versatility and low price, said Entner.

“Its downside is that it, as part of its essential function, listens to everything that is going on in your home — with vast privacy implications,” he added. “It listens to every fight, every audible bodily function, every scolding or sweet words uttered within its range.”

Privacy concerns aside, the Triby could face an uphill battle because it isn’t exactly plug-and-play ready out of the box.

“The idea is a good one, the execution less so,” suggested Rob Enderle, principal analyst at the Enderle Group.

“What makes the Echo, Dot and even Tap good is that they are very easy to set up and use, and they are relatively attractive,” he told TechNewsWorld.

Early reviews reported that the Triby could be hard to set up, while its promised Android app hasn’t been released yet, Enderle added.

With other companies building Alexa-enabled products, Amazon could lose some quality control.

“While the idea of licensing out Alexa is a good one, Amazon has to ensure quality, or bad devices will bring down the perceptions of everything, including Amazon’s own offerings,” suggested Enderle.

Given this, “the Triby will hurt the effort far more than it will help it, and Amazon needs to ensure that this doesn’t recur,” he added.

Amazon could use this first device as a test case, not only to gauge early adopter opinions, but to see how the masses are attracted to the technology.

“The potential for these devices is huge,” said Recon Analytics’ Entner. “These devices will transform our lives even more than smartphones as they will be built into a vast number of devices that are not personally owned.”