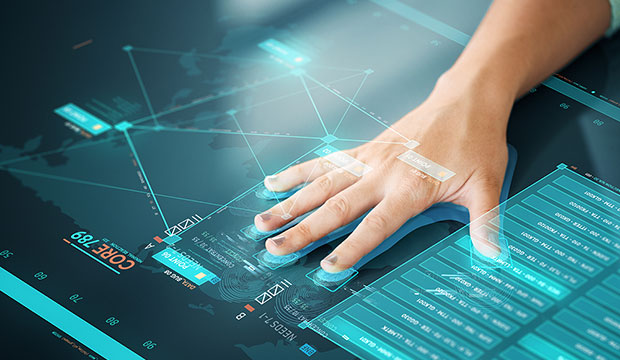 Amazon reportedly is testing scanners that can identify a human hand to use as a payment method for in-store purchases.

The company plans to introduce “Orville,” as the system has been dubbed, to some Whole Foods stores by the beginning of 2020, and later expand it to all locations in the United States, according to the report.

Employees at Amazon’s New York offices are said to be using the technology to buy items such as sodas, chips, granola bars and phone chargers from specially equipped vending machines.

The high-tech sensors used in the pilot apparently do not require consumers to physically touch the scanning surface. They use computer vision and depth geometry to process and identify the shape and size of each hand scanned before charging a credit card already on file.

Orville is accurate to within one ten-thousandth of 1 percent, but Amazon engineers are working to improve the accuracy to one millionth of 1 percent before it’s launched, according to the report. It will be available for Amazon Prime account holders.

Orville reportedly can process charges in less than 300 milliseconds, compared to the three to four seconds required for a regular credit card transaction.

“We don’t comment on rumors or speculation,” an Amazon spokesperson said in an email sent to TechNewsWorld by company representative Amanda Felix.

The Inevitable Advent of Biometrics

A team of researchers published a paper discussing the use of hand biometric identification with mobile devices 10 years ago.

A shape-based template “provides a unique pattern for identification and verification.” the authors pointed out.

Hand biometric recognition can be implemented in mobile devices with a considerable accuracy in identification/verification rates, without any physical contact using low quality images, the researchers found.

“Some form of biometric authentication is inevitable so this is a hopeful sign,” said Michael Jude, program manager at Stratecast/Frost & Sullivan.

“Amazon has invested quite a bit of time and money in this technology,” he told TechNewsWorld. “It would be strange if they didn’t field it.”

In May, Fujitsu demonstrated new biometric payment technology that scans the veins on customers’ palms. It already offers this technology through its banking security services, and will roll out the system to supermarkets soon.

Hand-scanning “is probably a more acceptable solution to many than facial recognition, which has had serious problems with ethnicity,” said Rob Enderle, principal analyst at the Enderle Group.

“It should be a ton better than credit cards and picture IDs, which are relatively easy to fake,” he told TechNewsWorld.

The drive for self-checkout is reshaping retail. For example, supermarket chain Albertsons announced it would redeploy self-checkout after having removing it from its stores.

“There needs to be tighter legislation or industry standards around the handling and acceptable use of biometric data before it can become widespread,” Elman said.

The danger of data breaches and inadequate cybersecurity may worry consumers.

News surfaced Wednesday that data on 420 million Facebook members was found online on an unprotected server. It included their unique Facebook IDs, their phone numbers, and in some cases, their names, genders and locations by country.

Facebook said it has not seen evidence that accounts were compromised.

“Scammers can use the data to gain a wealth of information about the persons and use that for scams,” said Erich Kron, security awareness advocate at KnowBe4.

Hand-scanning “is more secure than face or fingerprint scanning due to the complexity, permanence, and uniqueness of an individual’s venous structure,” he told TechNewsWorld.

However, in December, hackers defeated vein authentication with a fake hand.

That could lead to a huge problem.

“Were hand-scanning to be compromised, it isn’t like you can get a new hand,” said Enderle. “That’s true of all biometrics.”