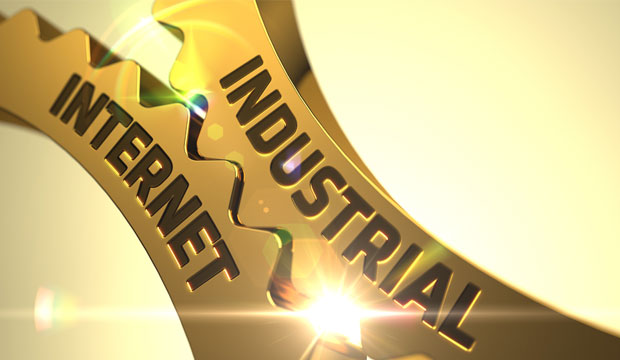 Apple and General Electric on Wednesday announced a new software development kit for Apple’s mobile operating system, iOS. The SDK, which will be available for download next week, enables developers to create applications for Predix, an Internet of Things platform made by GE.

“Together, Apple and GE are fundamentally changing how the industrial world works by combining GE’s Predix platform with the power and simplicity of iPhone and iPad,” said Apple CEO Tim Cook.

“Working together, GE and Apple are giving industrial companies access to powerful apps that help them tap into the predictive data and analytics of Predix right on their iPhone or iPad,” said GE CEO John Flannery.

Applications developed with the new SDK could give industrial operators more insight and visibility into the performance of their equipment and operations on an iPhone or iPad.

For example, a worker who was notified of a problem by phone would be able to check it out immediately and even collaborate with others on the scene to address the problem. The idea is to close the information loop faster, ultimately increasing cost savings and minimizing unplanned downtime.

GE already has some apps in Apple’s App Store, such as its Asset Performance Management Cases app, and it plans to collaborate with Apple to create more apps, not only for internal use but also for its customers.

“Apple is known for setting the standard on hardware and simple software interfaces,” said Brian Hoff, director of corporate innovation at Exelon, which uses the APM app. “When you combine this with the power of Predix and all of the data Exelon is aggregating and analyzing, the possibilities for game-changing solutions are endless.”

In addition to collaborating with Apple on apps, GE will be standardizing on the iPhone and iPad for its global workforce of 330,000 employees, and promoting Mac computers as a choice for its workers. Meanwhile, Apple will be promoting Predix to its customers and developers as its choice of industrial IoT analytics platform.

Although both Apple and GE benefit from the partnership, Apple may benefit more.

“Apple is not always accepted in the enterprise environment and definitely not down into industrial applications,” said Jim McGregor, principal analyst at Tirias Research.

“I know a couple of companies where IT managers are trying to keep Apple from coming into their shops,” he told TechNewsWorld. “This is an opportunity for Apple to become more ingrained as an enterprise-wide solution.”

The partnership is likely to have the greatest impact in regions where consumers prefer Apple over other brands, like the United States, McGregor added. It offers a way for Apple to expand the enterprise presence not only of the iPhone and iPad, but also the Mac platform, with GE’s pledge to offer the computers to its global workforce.

However, “it is also important to the company that it expand sales of its Macs beyond consumers, creative professionals and educational institutions,” he told TechNewsWorld.

The partnership could be a boon for Apple’s army of developers.

“The partnership will provide for native integration of iOS into GE industrial solutions,” said Mario Camilien, an engineer with TDI.

“It will make it easier for Apple developers to make apps that can interact natively with GE’s industrial strength products solutions,” he told TechNewsWorld.

Before Apple developers enter the industrial app market, though, they need to do their homework.

They also need to realize that any apps developed for the industrial market don’t have the bestseller potential found in the consumer market.

“You have to remember that many of these apps are highly customized by the suppliers or customers,” Tirias’ McGregor cautioned. “So, it is difficult to develop an app for the industrial segment with large market appeal.”

The industrial sector — which includes manufacturing, logistics and supply chain industries — has the hottest demand for commercial and industrial IoT apps, followed by the energy sector, according to Gartner. There’s also demand in the smart cities, transportation and retail sectors.

“They’re offering GE customers enhanced capabilities and a better user experience than they may be used to,” he told TechNewsWorld.

Meanwhile, GE hopes it can work some Apple magic in the industrial sector.

“GE is expanding its efforts to leverage third-party innovation for its industrial IoT efforts, similar to what it perceives Apple was able to do originally with the App Store,” IHS Markit’s Lucero explained. “It already has an ‘App Showcase’ featuring both apps it provides, as well as apps from partners, such as Tech Mahindra.”

The market for industrial IoT apps is still nascent, Lucero noted, with interest in the market exceeding investment in it.

“Furthermore, while the iPhone and iPad may work well in some industrial environments, other environments will require ruggedized devices,” he pointed out, “and not be appropriate for Apple’s consumer-grade devices.”