Apple May Alter the AR Competition 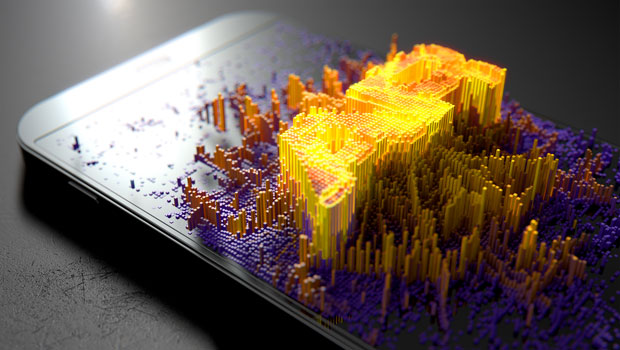 Apple is stockpiling resources to make a splash in the augmented reality market.

The company is not only marshaling internal resources behind its AR efforts, but also hiring talented outsiders and acquiring companies with expertise in AR hardware, 3D gaming and virtual reality software, Bloomberg reported Monday.

The new outsiders include a former Dolby labs executive, engineers who worked virtual reality headsets for Google and Microsoft, and some Hollywood digital effects experts, the report notes.

“We’ve been waiting for Apple to launch something in AR after its acquisition of a number of AR companies, including Metaio and FlyBy Media,” said David MacQueen, executive director for apps and media at Strategy Analytics.

“Right now, there’s no company really taking a strong position in AR, at least from a consumer perspective,” he told TechNewsWorld. “The most advanced product is Microsoft’s HoloLens, but that is squarely aimed at enterprise users and has a price tag to match.”

Those higher price tags for AR products could be an attraction for Apple, which is fond of high prices and the high margins that often accompany them.

While shipments of virtual reality headsets will outpace their AR counterparts from 2016 to 2021, the market for AR headsets will be larger, growing from $2.1 billion to $18.6 billion, according to a five-year forecast IDC released last week.

“With all the technological enhancements, there will be a wide range of products and price points,” said Jitesh Ubrani, a senior research analyst at IDC.

“VR setups already range from sub-(US)$100 to more than $1,000, and though it’s too early to tell, the low-cost experiences may prove to be inhibitors rather than promoters of the technology as they can potentially disappoint first time VR users,” he continued.

“On the other hand, due to the sophistication of the hardware, most AR headsets are expected to cost well over $1,000,” Ubrani explained. “This makes the technology far less accessible to consumers initially, though that’s probably for the best as the AR ecosystem and wide social acceptance are still a few years away.”

“Things like the HTC Vive and Oculus Rift are cool, but they’re clearly not a mainstream Apple-like product,” he told TechNewsWorld.

With AR, a user remains present in the real world and there’s an opportunity to interact with people and real-world objects, said Ross Rubin, the principal analyst with Reticle Research.

“In VR, the surroundings are completely replaced. That’s great for game play and some simulations, but AR opens up far more possibilities,” he told TechNewsWorld. “Ultimately, the two technologies may merge into a mixed reality that lets in a lot, a little, or none of the real-world surroundings.”

Augmented reality also is better suited for a mobile environment.

“It’s inherently an immobile technology, which most people would prefer to use while in a safe environment,” he pointed out. “AR is much more suited to on-the-go use cases, such as enhanced navigation, so it suits mobile better than VR does.”

The Next Big Thing

Augmented reality also could be the next big thing for smartphones — even though the form factor might be a bit clumsy for AR purposes.

“Holding the phone up and scanning the world around you is quite a clunky experience compared to using smartglasses,” MacQueen pointed out.

“However, paired with smartglasses — using the iPhone for processing power — could be an interesting proposition,” he suggested.

A bold move into AR could deflect a few brickbats thrown Apple’s way for not being innovative enough since the passing of Steve Jobs.

“Apple has been regularly criticized for failing to deliver on ‘next big thing’ technologies and products,” observed Charles King, principal analyst at Pund-IT.

“Bringing AR features into the iPhone would allow the company to both leverage its strongest platform and help its products stand apart from its competitors’ robust smartphones,” he told TechNewsWorld.

Up to now, VR and AR have generated more hype than consumer interest. Apple could change that for AR.

“It is a safe bet that given Tim Cook’s strong position on AR that Apple will play a major role in bringing AR to the masses,” predicted Tim Bajarin, president of Creative Strategies.

“It will first be delivered via the iPhone,” he told TechNewsWorld, “and eventually the AR experience will be augmented by some type of glasses in the future.”