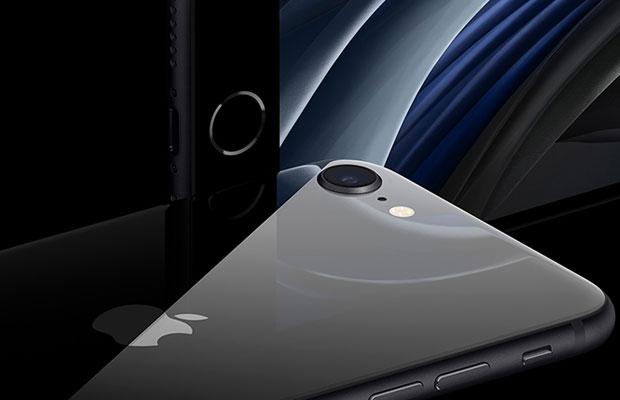 Apple on Wednesday introduced the second-generation iPhone SE, based on its A13 Bionic processor. The phone has the best single-camera system in an iPhone, according to the company.

“Apple insists that its iPhones have best-in-class cameras, and at the price points that the SE is shooting for, I’d be curious about the comparisons you could make,” he told TechNewsWorld.

Among the iPhone SE’s features:

The second-gen iPhone SE can be charged wirelessly with Qi-certified chargers. It also supports fast charging, getting up to a 50 percent charge in 30 minutes.

It comes in black, white and red.

The device is offered in 64GB, 128GB, and 256GB versions. Pricing begins at $399. It can be purchased at $9.54 a month, or $229 with trade-in, from the Apple website or the Apple Store mobile app. It will be available at Apple retail stores when they reopen, but currently they are closed due to the coronavirus pandemic. Prices may vary at Apple Authorized Resellers and select carriers.

Apple is offering one year of Apple TV+ free to purchasers.

The iPhone SE can be preordered online starting at 5 a.m. PDT this Friday. It will be available from Apple, Apple Authorized Resellers, and select carriers in the United States and more than 40 other countries and regions on April 24.

“I think there’s been demand for a new SE type device for some time, especially as prices for the latest versions of iPhones have continued to climb,” noted Gerrit Schneemann, senior analyst at IHS Technology.

Inside the iPhone SE

The A13 Bionic has a dedicated eight-core neural engine that can perform 5 trillion operations per second, two machine learning accelerators on the CPU, and a new machine learning controller to balance performance and efficiency.

The rear camera has an extended dynamic range feature that allows more highlight details at up to 30fps.

In video mode, the iPhone SE offers stereo audio recording and cinematic video stabilization on the front and rear cameras.

The QuickTake video feature on the front and rear cameras allows video recording without switching out of photo mode.

There is little new technology in the new iPhone SE, which some have likened to the iPhone 11 in a smaller body.

Apple introduced Gigabit LTE support in the XS, and many of the new iPhone SE’s features are available in current iPhones.

The new iPhone SE “is the ‘good enough’ iPhone,” IDC’s Llamas noted. “Not everyone wants or needs all the bells and whistles — like a large screen, augmented reality capabilities, multiple camera lenses — that the flagship has to offer, and this device maintains the minimum offerings that an iPhone should have.”

Apple did the same thing with the original iPhone SE, which essentially was the iPhone 6S in a smaller package.

The new iPhone SE “is not meant to have new features,” IHS’ Schneemann told TechNewsWorld. “It’s meant to entice upgrades from the iPhone 6, 7 and 8, starting at under $400.”

The device is “a cheaper way into the Apple ecosystem, especially when considering the one-year Apple TV+ trial,” he pointed out. “This discounts the phone price by another $120 and, adding in potential trade-ins, buyers can probably get the phone for around $200.”

The success of the original iPhone SE back in 2016 and 2017 “proved the huge potential in this price band,” said Linda Sui, research director at Strategy Analytics.

The new iPhone SE likely will be well received during the coronavirus pandemic, because “premium tier segments will be hit harder than lower tier segments, considering consumers’ great anxiety about job security and pay cuts,” she told TechNewsWorld.

Strong SE sales “will help Apple offset the soft demand in the premium segment and gain more ground in emerging markets and the prepaid segments this year and in 2021.”

The iPhone SE might compete with the iPhone XR, Llamas noted. The XR is only slightly more expensive but it offers better features.

“This is where users will have to weigh up the value of each device,” he said.

Where Is the 5G Love?

The pros of the new iPhone SE are an approachable price, and a powerful processor and camera, Llamas said. Its downside is that it doesn’t support 5G.

“I don’t think carriers will focus much on Gigabit LTE when all their marketing has been focused on 5G,” Schneemann said.

However, Gigabit-class LTE is backward-compatible with 4G LTE.

Other smartphone makers “are pushing 5G into the mid-range, in part because Apple isn’t playing there,” Schneemann observed.

That said, the new iPhone SE “will address users where 5G will not play a significant role for some time,” he said, such as in price-sensitive markets. “So, having a faster iPhone at a lower price on a network that’s actually available or could be fairly soon is an attractive choice.”