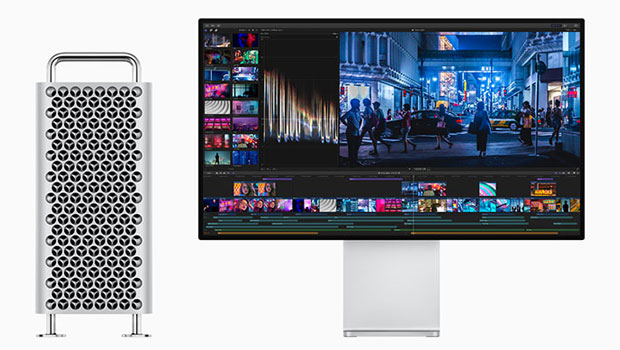 During its more than two-hour presentation at the forum, Apple emphasized new features in its products aimed at protecting users’ data and privacy.

“At Apple, we believe privacy is a fundamental human right and we engineer it into everything we do,” Craig Federighi told the enthusiastic conference crowd.

One way Apple is protecting privacy in the next version of its mobile operating system, iOS 13, is by giving users greater control of the use of location data by applications.

“Sharing your location with a third-party app can enable some useful experiences, but we don’t expect to have that privilege used to track us,” Federighi said.

That’s why Apple has added a feature to iOS that let’s a user allow an app to access location information just once and requires it to ask permission from a user if it wants to access it again.

Even if an app has permission to freely access location information, Apple will still create reports on the app’s activity so a user can keep tabs on it.

Some apps try to avoid permission requirements for location information by gathering Bluetooth or WiFi data.

“We’re shutting the door on that abuse, as well,” Federighi declared.

Many applications use “social logins” — a button that allows them to set up an account with information from Facebook or Google.

“This can be convenient, but it can also come at the cost of your privacy,” Federighi explained. “Your personal information sometimes get shared behind the scenes, and these logins can be used to track you.”

To address that problem, Apple announced “Sign in with Apple.” It uses a simple API that allows a developer to include a Sign in with Apple button in their app. A user can tap it to initiate FaceID authentication on an Apple device and log into a new account without revealing any additional personal information.

“I’ve been doing that manually for 15 years,” he told TechNewsWorld. “The idea that you can filter and block individual companies or brands that you sign up for is enormous.”

Smart home accessories is another area where Apple is setting its privacy sights.

“No accessory is more personal than security cameras that film in and around your home,” Federighi said. “Unfortunately, most home cameras today send people’s video up to the cloud so it can be analyzed to tell the difference between maybe a leaf blowing in the wind and someone at your door.”

That can be a threat to privacy, so Apple’s added a feature to its HomeKit SDK to secure video from home cameras. It analyzes video in the home on an Apple device, then it’s encrypted and securely sent to Apple’s iCloud, where no one, including Apple can see it.

Apple will provide storage for 10 days of clips in a user’s existing iCloud account, but it won’t be applied to an account’s storage limits.

“With HomeKit at the router, we’ll automatically firewall off each of your accessories, so even if one were compromised it wouldn’t be able to access your other devices or compromise your personal information,” he explained.

Linksys, Eero and ISPs like Charter Spectrum will make the first HomeKit routers.

“While I believe they care about security and privacy, when Apple appears in court for antitrust violations this presentation will be exhibit A,” he told TechNewsWorld.

“They’ll argue that the only way they can provide the kind of security and privacy that consumers are demanding is for them to have control of the ecosystem,” Vena explained.

The U.S. Supreme Court recently gave an antitrust lawsuit against Apple’s App Store the green light to go to trial. The complaint accuses the company of using a monopoly on app distribution to charge inflated prices for software.

‘Monster of a Platform’

At WWDC Apple also made a big play to bring creatives back into the fold with the introduction of the Mac Pro workstation (pictured above).

The unit is built around an Intel Xeon processor with up to 28 cores, large L2 and L3 caches and 64 PCI Express lanes. It has six channels of superfast ECC memory and 12 physical DIMM slots, which allows for up to 1.5 TB of memory.

The US$5,999 Mac Pro also can support two Radeon Pro Vega II Duo MPX Modules. The four GPUs add up to 56 teraflops in performance and 128 GB of high-bandwidth memory.

The outside of the workstation is an aluminum housing that can be lifted off the unit for easy access to its components.

“It’s a big step for Apple to build a real workstation-class platform that’s expandable and modular,” he told TechNewsWorld.

The Mac Pro should put Apple back in favor with creatives.

Apple was slow to respond to the needs of the creative market, primarily because it was waiting for a next-generation Xeon chip that could do what it wanted, noted Tim Bajarin, president of Creative Strategies, a technology advisory firm in Campbell, California.

“Now they have what I consider the most powerful PC workstation on the market,” he told TechNewsWorld. “It’s something competitors will have to target to keep up with Apple.”

To go along with the Mac Pro, Apple announced the Pro Display XDR (also pictured above). The 32-inch 6K LCD display supports up to 1600 nits of brightness and has a million-to-one contrast ratio.

Although the WWDC audience remained stoic when Apple announced the display’s $4,999 price tag, there were some sounds of dissatisfaction when the $999 pricing for the monitor’s stand was revealed.

Apple also added a degree of separation between the iPhone and iPad with the announcement of iPadOS. With it, the iPad gains more multitasking, productivity and file management features, as well as support for multiple keyboards and flash drives.

“iPadOS is a significant break from iOS that makes the iPad a more functional device as a PC replacement,” Tirias’ Krewell said. “They’re getting real close to making the iPad a full blown PC replacement. It’s about 95 percent there.”