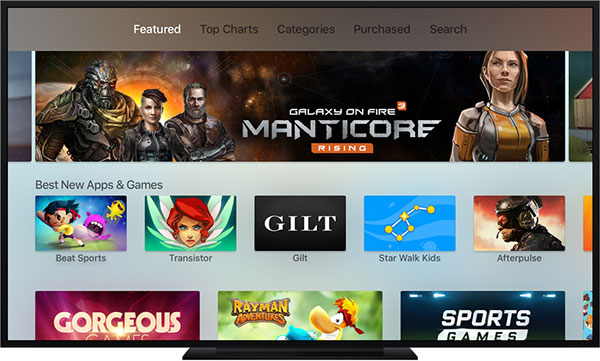 Some reviewers saw great potential in the US$149 diminutive black box designed to pump movies, TV shows, games and apps from the Internet to a television set. Others found plenty to criticize.

“As I reviewed the Apple TV, I was a little shocked to see how buggy it was,” wrote David Pogue for Yahoo Tech.

Pogue joined other reviewers in praising the voice search feature in Apple TV, but he found it lacking in some respects.

“Sadly, this ‘speak to search’ command finds shows and movies only in the libraries of Netflix, HBO, Showtime, and Hulu. It can’t find anything on YouTube, CBS, ABC, NBC, PBS, and so on. It’s a missed opportunity the size of Greenland,” he wrote.

“For now, your $150 or $200 isn’t buying you much more than you’d get from less expensive rivals,” Pogue added. “To be sure, you’re getting a much more polished experience — the voice-recognition stuff, in particular, blows away what Roku and Amazon have come up with so far.”

Apple TV tops its competitors in another department, according to Nilay Patel, who reviewed it for The Verge.

“The combination of the remote and interface feels tight and polished and futuristic in a way that makes Roku and Fire TV feel plastic and utilitarian,” he wrote.

The new model “feels very much like a first effort at a new approach,” wrote The Verge’s Walt Mossburg, although he liked it overall.

“Some of its new features, like voice control, are catch-ups,” he added, “and some seem too limited.”

Like several reviewers, Mossberg was annoyed by the box balking at restoring settings from older versions of Apple TV.

“Channels you liked and have used before have to be fetched again from the app store,” he wrote. “And, for those which require signing in, you have to do it all over again. Apple TV may now be an iOS device, but it’s the only one that doesn’t let you restore.”

Reviewers at The New York Times and The Wall Street Journal saw great potential in the fourth-generation Apple TV.

“Even for those more basic elements, the device is better at streaming video content than less expensive products from Amazon, Roku and Google, all of which I tested over the last month,” wrote Brian Chen for the Times.

“While the new Apple box has flaws, it also has a cleaner interface for finding things to watch and a niftier remote control — not to mention more compelling apps and games,” he continued.

“You can trust me because after testing hundreds of new devices for nearly a decade in this line of work, I’m usually blas about products,” Chen added.

“My editor was concerned that body snatchers had taken me when I said I was positive about Apple TV,” he continued, “but I reserve excitement for products that I think will make a difference, this being one of them.”

Apple TV may not be the solution for consumers wanting to cut their pricey cable-TV cords, but it could be a tool for it, 00000noted Geoffrey A. Fowler in The Wall Street Journal.

“But I expect Apple to continue hacking away at the old ball-and-chain cable subscription, and the new Apple TV is its machete,” he wrote. “The TV of the future needs to be as powerful and easy to use as an iPhone, and this Apple TV is the first box — and the first Apple TV — to achieve that.”

Where Apple TV has an edge over its competition lies in its development community.

“Ultimately, the Apple TV’s advantage is that it isn’t tied to the idea of channels, live TV or even streaming,” Fowler wrote. “It’s the place where developers are able to do the most cool interactive stuff for the widest audience.”

That’s what sets Apple TV apart from the other boxes in the market, too.

“Many of these products are similar. Their initial value proposition is ‘I want to watch over-the-top, streaming television from a service provider through an app,'” Ben Bajarin, a principal at Creative Strategies, told TechNewsWorld. “What Apple hopes is that its developers will do new and unique things through software that don’t happen on other platforms.”