Apple’s Cook Goes to the Barricades on Encryption 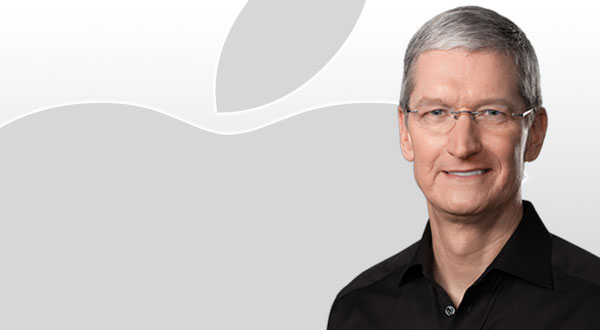 Apple CEO Tim Cook brought the encryption battle between the high-tech industry and the nation’s law enforcement authorities to prime time TV Sunday in an interview on the CBS news program 60 Minutes.

During the interview, Charlie Rose asked Cook about the need for law enforcement agencies to access data that has been encrypted on Apple phones.

There’s all kinds of sensitive information on smartphones today, Cook noted. “You should have the ability to protect it. The only way we know how to do that is to encrypt it.”

Apple will comply with any warrants served on it by law enforcement authorities as it’s required to do by law, Cook said, but “in the case of encrypted communication, we don’t have it to give.”

“Unfortunately, the law hasn’t kept pace with technology, and this disconnect has created a significant public safety problem,” FBI Director James B. Comey said last year in an address at the Brookings Institute.

“We call it ‘Going Dark,’ and what it means is this: Those charged with protecting our people aren’t always able to access the evidence we need to prosecute crime and prevent terrorism, even with lawful authority,” he explained.

“We have the legal authority to intercept and access communications and information pursuant to court order, but we often lack the technical ability to do so,” Comey added.

Framing the encryption issue as one of either privacy or security is oversimplifying the issue, Cook told Rose.

“A proposal to protect our security by weakening our security is going in the wrong direction,” said Cindy Cohn, exective director of the Electronic Frontier Foundation.

“If the government were to suggest that no one put locks on their doors because if we were a terrorist it would be harder to get into our house, we would think that was a bad idea,” she told TechNewsWorld.

“This is pretty much the digital equivalent of that,” Cohn maintained.

Although Director Comey has said in several public forums that a compromise is possible on the encryption issue, others are less sanguine about that prospect.

There is no compromise in sight, said Berin Szoka, president of TechFreedom.

“This is really a binary issue. Are you going to allow end-to-end encyption by the operating system makers or not?” he asked.

“Once you say no,” Szoka told TechNewsWorld, “you start down this road without stopping the really smart bad guys from continuing to use encryption on their devices.”

If government law enforcement agencies are looking for an encryption compromise, maybe they should look outside the tech sector for it, suggested Yorgen Edholm, CEO of Accellion.

“So the government has the resources to decrypt anything. It’s just that those resources have to be made available to local law enforcement,” said Edholm.

“That compromise wouldn’t make it easier to for the bad guys to get into my privacy just because the government wants to have the computer equivalent of a wiretap,” he added.

If the U.S. high-tech industry were forced to use weaker encryption, it could affect business abroad. Edward Snowden’s revelations about U.S. government agencies vacuuming data on the Internet already has cost domestic companies millions in overseas business.

Also, “encryption isn’t just a technical feature — it’s a marketing pitch,” he noted in his Brookings’speech.