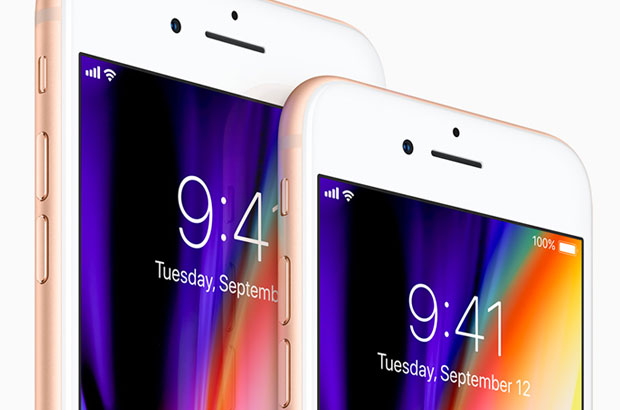 Reviews of Apple’s new iPhone 8 and 8 Plus started turning up this week, and for the most part, they’ve been laudatory. However, the reviewers can’t seem to get their minds off the jewel of the Apple universe, the iPhone X.

Both the iPhone 8 and 8 Plus are “awesome” and better than last year’s models — but iPhone shoppers who want to be part of the future will save their money and buy an iPhone X later in the year, suggested David Pierce for Wired.

“The iPhones 8 check every box a phone has ever checked before, but they feel like the last of something right as Apple and others prepare the first of something else,” he wrote.

“When your phone can see you, and see the world,” he continued, “it will change what a phone is, and does, and can be. This fall, Apple’s giving you a choice: get a seat on the best piston airliner ever, or take a chance on jet engines.”

While the X has hogged the spotlight, the 8s are more than mere consolation prizes, maintained Mark Spoonauer in his review for Tom’s Guide.

“They pack a ton of improvements, including the fastest processor ever in a phone (seriously, it puts many laptops to shame), better cameras (especially on the iPhone 8 Plus) and wireless charging (yeah, it’s overdue),” he wrote.

Especially impressive was the performance of the A11 Bionic processor in the new 8s. “This chip absolutely smokes every Android phone on the planet,” Spoonauer said.

“Overall, my pick between the two new iPhones is the iPhone 8 Plus. It gives you a significantly bigger screen than the iPhone 8, longer battery life and more versatile dual cameras for just $100 more,” he pointed out.

“The regular iPhone 8 is good,” Spoonauer continued, “but 4.7 inches just doesn’t cut it for me anymore.”

One point of controversy is whether the new iPhone models deserve the “8” designation or are just “s” versions of the iPhone 7 in a glass case.

“The iPhone 8 reminds me of the fifth Transformers movie — you know it’s new, though you can’t for the life of you figure out how it’s different,” wrote Geoffrey A. Fowler for The Wall Street Journal.

However, the switch to a glass back with wireless charging and the new processor validate a full number bump, argued Kevin Krewell, principal analyst at Tirias Research.

“There are enough changes to the design and functionality so that I would give it a full number increase and not an ‘S’ designator,” he told TechNewsWorld.

Easing Into the Future

The 8s are familiar-looking phones that mostly operate the way people expect them to, observed Chris Velazco for Engadget.

“They’re conventional, but that doesn’t mean they’re inherently lacking — far from it, in fact,” he wrote.

“While I suspect all iPhones will look like the iPhone X soon enough,” Velazco continued, “the 8 and 8 Plus are expertly built, high-performance devices for people who want to ease into Apple’s vision of the future.”

Like other reviewers, Velazco preferred the 8 Plus over the 8.

“The iPhone 8 Plus shares a powerful foundation with the iPhone 8, but a few features give it a distinct advantage over its little brother,” he wrote. “Its 12-megapixel dual camera is one of the best we’ve used, and its bigger battery means it’ll stick around longer on a charge than the iPhone 8.”

Though agreeing with assessments of the 8 Plus’ chops,Cnet Senior Editor Scott Stein advised iPhone shoppers to pause before buying one.

“The iPhone 8 Plus is a superlative phone with a spectacular camera, but wait for the upcoming iPhone X before buying: it promises to fold all of the key features of the 8 Plus into a smaller, sexier package,” he wrote.

Challenged by the X

The 8s aren’t revolutionary like the X. They represent a continuation of what Apple has been doing for some time: tweaking and improving phones each year, noted James Titcomb for The Telegraph.

“So the 8 improves enough on the most important aspects of a phone — the display, the camera, performance and reliability — to make me recommend it over the iPhone 7, even if you can pick up the latter for less,” he wrote.

Despite pricing differences between the 8s and the X, which sells for $999, Apple may have difficulty selling the lower-priced phones.

“Apple will have a challenge convincing users to upgrade to an 8 with the X release date looming,” said David McQueen, research director at ABI Research.

The improvements in the 8s over the previous generation of iPhones and their pricing under $1,000 will be attractive to many Apple users, said Andreas Scherer, managing partner at Salto Partners.

However, “the iPhone connoisseurs most certainly will wait a little longer to get their hands on the best phone ever produced by Apple,” he told TechNewsWorld.

Those connoisseurs will be a minority — although a substantial minority — of iPhone buyers, however.

“The audience for the iPhone X in its first year will be the early adopters and those who can afford to spend the money on it,” said Tim Bajarin, president of Creative Strategies.

“That represents about a third of all who will buy the new iPhones.” he told TechNewsWorld. “But two-thirds will opt for the iPhone 8 and 8 Plus, because they’re less expensive, yet have increased power and features over last year’s models.”