At 10, the World-Changing iPhone Is Kind of the Same 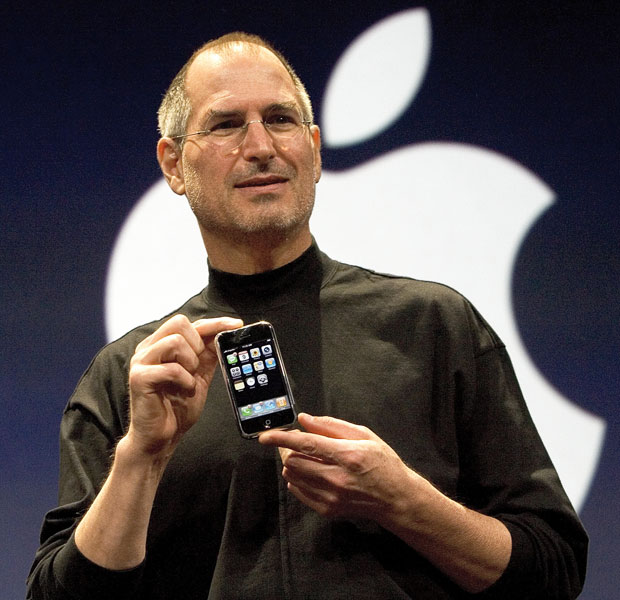 Apple celebrated the 10th anniversary of its iconic iPhone on Thursday. Since former CEO Steve Jobs debuted the original device, the company has gone on to sell more than a billion handsets worldwide, and the iPhone has become one of the most successful product categories in the electronics industry.

The iPhone proved to be a major disrupter in the mobile phone category after its unveiling on June 29, 2007. At the time, the industry was dominated by companies such as Nokia, Motorola, Ericsson, BlackBerry maker Research In Motion, and Palm. Over the past decade, those players have seen their respective market shares erode — to the point that the companies or their mobile businesses either were bought or otherwise exited the market.

Once-dominant R.I.M., whose BlackBerry earned the moniker “crackberry” for its seeming addictiveness, is now just a niche player that no longer manufactures phones.

The iPhone helped usher in the age of touchscreen-friendly devices, while in essence killing off flip and so-called “feature” phones. Today, the smartphone is dominant, and whole product categories now offer the touchscreen user interface that the iPhone popularized.

The iPhone isn’t the first product line that Apple shepherded to market dominance by differentiating from existing products. Although the company had been practically at death’s door a decade earlier, it revitalized itself with the introduction of the iPod in the fall of 2001, and that success led to development of the iPhone.

The iPhone “was completely different from anything on the market when it was released in 2007,” said Ian Fogg, senior director for mobile and telecom at IHS Markit.

“It featured a 3.5-inch touchscreen interface that offered graphic acceleration that responded to finger movements, and it had a desktop quality Web browser,” he told TechNewsWorld.

“It also offered a metal unibody design that was unlike anything else on the market,” Fogg added.

Thanks to these and other features, “the iPhone changed the game entirely,” said Josh Crandall, principal analyst at Netpop Research.

“The combination of space-aged materials — gorilla glass and flat batteries — and pocket-sized convenience brought the Internet into the palms of our hands — anytime, everywhere,” he told TechNewsWorld. “It flipped Silicon Valley’s perspective from building a faster laptop to focus on a ‘mobile-first’ world.”

The first iPhone now is remembered for its innovative design, but the truth is that it was underpowered when it was first released. It was a 2G phone when the industry already was moving to 3G, and its camera was lackluster compared to many other high-end handsets.

Functionality mattered more at the time, though, and Apple kept refining it. With each new product update, the iPhone became a little better — and those incremental improvements changed the handset lifecycle.

“Ten years ago the operating system for mobile phones was updated every two or three years,” recalled Fogg.

“Now Apple updates its OS every year,” he added. “The pace of innovation that Apple has pursued over the past decade is really extraordinary.”

The iPhone’s success launched the smartphone age, with Google’s Android operating system arriving just a year later. Combined, those innovations made the world of mobile computing a reality and helped diminish the PC’s importance.

“Now, a smartphone is the primary device — if not the only device — people in emerging markets or underserved segments of [the U.S.] market use to access the Internet,” said Crandall.

The iPhone also changed the Internet, he added.

“Rather than accessing any site or application on the ‘World Wide Web’ via a Web browser, the iPhone’s framework of mobile apps has created a fragmented reality that threatens the open Internet and complicates the development landscape,” Crandall explained.

As a result, “we’re even seeing apps that are designed for a limited mobile device — small screen, less memory, slower processor — being marketed for use on laptops and desktops via Windows and Chrome OS,” he noted.

Mobile phones used to be about making phone calls and to a lesser extent sending text messages. Today, thanks to the emergence of smartphones, the world is connected via the handset.

“The iPhone ushered in a new way of connecting — connecting with each other by voice, video, text, social networks and so on,” said telecommunications industry analyst Jeff Kagan.

“The iPhone is much more than just connecting with each other, and it has created an entirely new area for business to grow,” he told TechNewsWorld.

It has allowed individuals to do banking and pay bills, search the Web, price compare while shopping, and even make purchases. The road ahead could be the automobile and connected car.

“Uber and Lyft transformed the taxi and limousine industry using the iPhone and Android as their way to connect with countless customers worldwide,” Kagan pointed out. “The iPhone is transforming the automobile industry. Just look at any new car today, and you will see how you can connect the iPhone and use it on the dashboard screen.”

Time for a Facelift?

Apart from some minor cosmetic changes, today’s iPhone doesn’t look much different from the handset that launched a decade ago.

“An iPhone 7 next to 10-year-old iPhone looks the same,” said IHS Markit’s Fogg.

“Both have unibody metal design, and function much the same way,” he said.

To continue to be successful in the market, Apple likely will need to follow the industry with a design refresh. This could include removing the bezel so that the whole front is nothing but screen.

“To do this, they would need to move or miniaturize the buttons,” Fogg added. “Everyone is trying to do that right now, but that could lead to some different smartphones. That is important, because in this space innovative design is still the key thing.”

Just as the iPod may have saved Apple and allowed it to develop the iPhone, that device in turn has driven the company’s R&D efforts, which have supported other products including the iPad, Apple Watch and Apple TV.

However, Apple largely has stuck to its proven strategy of improving the handset and releasing a new model. It has seen steady sales, but it is unlikely it can reach higher market share — especially as Google’s Android OS also has been successful over the past nine years.

“Apple doesn’t play at every price point, so some people simply are priced out,” noted Fogg.

“Apple has always targeted the top of the market with premium models, reaping the greatest profits in the industry,” said Netpop Research’s Crandall.

“The company has used these profits to bolster iTunes, Beats, development of Apple Maps, and other R&D,” he noted.

This strategy may not serve Apple so well in the long term, however, especially as it has lost significant market share to Android.

Google’s OS “now accounts for approximately 65-70 percent of the U.S. smartphone market, and even [more] in emerging markets,” said Crandall.

For this reason, Apple has started to move downstream with its SE models, but it still must compete against third-party Android manufacturers, including Huawei and Samsung, which can provide lower-cost smartphones.

“The real question is,” said Kagan, is “will another OS enter the picture and successfully compete with iPhone and Android?”

Even if that should happen, “the Apple iPhone will continue for the foreseeable future,” he maintained. “It remains a great quality device with a huge customer base and solid ecosystem.”