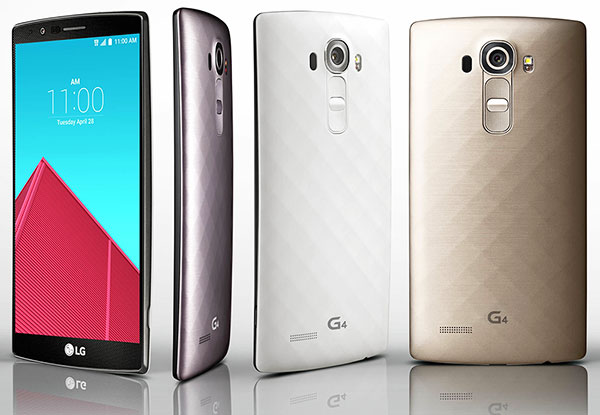 LG on Tuesday unveiled its latest flagship smartphone, the G4. The official launch followed weeks of leaks about the device’s design and features.

The G4 has an f1.8 aperture lens; a new IPS Quantum display, which is generally seen in the latest TVs; a body curved in LG’s “Slim Arc” design; and six genuine leather color options, the company confirmed.

Its rear 16-MP camera has a manual mode and comes with a color spectrum sensor that improves color accuracy — a smartphone technology first, according to LG. It has an 8-MP front camera.

The G4 has a new, human-centric user interface, UX 4.0. It runs Android Lollipop.

“I think this is a great Android smartphone that’s going to be lost in the conversation if LG doesn’t make a lot of noise about it,” said Ramon Llamas, a research manager at IDC.

“It’s got some cool features, but it’s not the only one in that conversation,” he told TechNewsWorld. “Other phones have an f1.8 lens and let users keep their shutter open longer to take pictures.”

“Will it lead LG to the front of the class?” Llamas asked. “I’m not sure.”

Tech Specs and Other Stuff

Software that lets users easily transfer files to PCs or Macs is included, which might be a plus, because Google’s Android File Transfer doesn’t work well on Macs, some reviewers have pointed out.

LG offers real leather cases “unlike the fake leather used by some other makers whom I shan’t name,” Llamas noted. “This is one of those things that will keep it in the conversation for high-end devices.”

The LG G4 will be available at all major U.S. carriers by the end of May. However, each carrier will have its own version of the device. Pricing has not been disclosed.

Reviews of the G4 generally have been positive, although some question its size — it’s noticeably larger than the Samsung Galaxy S6 and the iPhone 6.

The removable battery and the SD card play well against the Samsung Galaxy S6, which lacks both.

That said, the S6 outperformed the G4 on the AnTuTu benchmark, as well as on the GFXBench Manhattan test for graphics.

Still, LG will be hard pressed to take on Samsung — or, for that matter, Apple — because it doesn’t have a big enough war chest to fund a sustained, large-scale marketing program.

“Because all the specs look the same, the devices for the most part look the same, and their availability on carriers is very similar, it’s very difficult to stand out unless you have some key points of differentiation,” Llamas said.

Taking a Wider Point of View

Tech features in and of themselves “are not that appealing to most people,” Tuong Nguyen, an analyst at Gartner, told TechNewsWorld in an earlier conversation.

Perhaps LG should look beyond just offering the smartphone as a communications device. For example, “how is LG going to make it easier for me to interface with my other electronics such as tablets and TVs?” Nguyen asked.

“I think it’s important to their larger strategy to articulate how their smartphone can integrate with systems from other vendors,” he said. “You don’t have to offer the full ecosystem; you just have to recognize consumers have a very heterogeneous ecosystem and cater to that.”