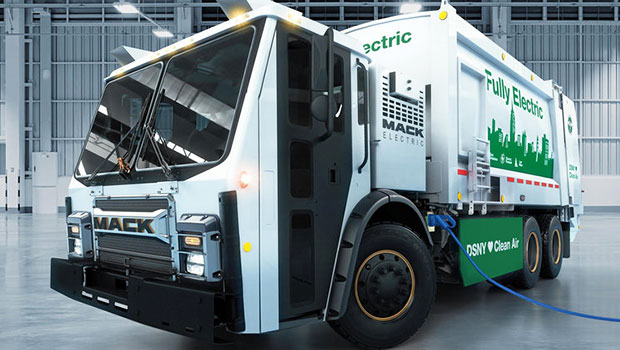 Municipalities throughout the United States have been switching from diesel- and natural gas-powered vehicles to electric vehicles (EVs), to cut costs and reduce damage to the environment, but the COVID-19 pandemic might slow that trend.

EV sales for passenger and commercial light duty vehicles “will remain broadly at 2019 levels,” the International Energy Agency predicted in June. However, a second wave of the pandemic or slower-than-expected economic recovery could lead to different outcomes.

Electric vehicles are more expensive than their diesel- or natural gas-fueled counterparts; and building out the necessary infrastructure to support them is expensive.

Municipalities generally get funding from various federal and state government agencies to enable their purchases of EVs and set up the charging infrastructure. Those funds are drying up as governments grapple with falling income due to lower taxes and business activity, along with increased costs to deal with the pandemic.

“The cost of a major change like this is always very high upfront and much of what is initially done will have to be redone once the trucks, charging infrastructure and technology matures,” Rob Enderle, principal at the Enderle Group, told TechNewsWorld.

Funding for EV purchases is not a financially sustainable initiative at a time when city governments are under assault from COVID-19, higher pension costs and lower tax bases,” noted Ray Wang, a principal analyst at Constellation Research.

“Electrification in order to satisfy an ideological mantra while relying on ‘subsidies’ to fund an economically unviable model will take much-needed tax dollars away from basic infrastructure programs such as public health, public safety, education, and affordable housing,” Wang told TechNewsWorld.

Why the Move to EVs

Powering vehicles with electricity costs at least 20 percent less than gasoline, according to the Business Council for Sustainable Energy. Running costs are also lower for EVs.

“The long-term savings on maintenance and repairs are well documented for commercial fleet deployment of EVs,” Roger Lanctot, a research director at Strategy Analytics, told TechNewsWorld.

Commercial EVs “will last far longer, require minimal maintenance, and when repairs are required, they will be greatly simplified,” Lanctot said. “Personnel, equipment and space dedicated to maintenance of gasoline, diesel or natural gas vehicles can be eliminated.”

Prior to the pandemic, things looked hopeful for the commercial EV market. Americas Commercial Transportation (ACT) Research, which looks at the North American market for commercial vehicles, predicted in 2018 that sales of Class 4-8 commercial electric vehicles (CEVs) would take four percent of the total market in North America by this year; and about seven percent by 2025 — and by 2035 CEVs could have roughly 16 percent of the market.

Commercial truck classification is determined based on the vehicle’s gross vehicle weight rating. Class 4-8 vehicles are medium to heavy trucks.

ACT’s predictions were based on advances in battery technology, environmental considerations and government policy, and the potential for significant operational cost savings.

More than 140 cities and counties have committed to buying over 2,100 electric vehicles by this year, according to the Climate Mayors Electric Vehicle Purchasing Collaborative.

Founded in 2014, Climate Mayors is a bipartisan peer-to-peer network of U.S. mayors working to combat climate change. The Electric Vehicle Purchasing Collaborative was formed after the City of Los Angeles and 30 other U.S. cities issued an Electric Vehicle Request for Information.

Los Angeles Sanitation general manager Enrique Zaldivar committed in January to transition the agency’s entire refuse truck fleet, which now runs on natural gas, to zero-emission trucks by 2035. Zaldivar also said that all of L.A. Sanitation’s truck procurement will be 100 percent electric within the next two years.

New York City Mayor Bill Blasio in February issued an executive order for the city to achieve an all-electric, carbon neutral fleet by 2040. The New York City Department of Sanitation tested an electric garbage truck that Mack Trucks unveiled in January (pictured above), but sent it back to be furnished with a larger battery. The Department is also piloting 12 electric trucks from Montreal-based Effenco.

San Francisco has committed to electrify its non-emergency fleet sedans by 2022 and its remaining diesel transit buses by 2035.

In 2017, the City of Sacramento purchased an all-electric garbage truck from Motiv Power Systems, which makes plug-in power trains for the hybrid Ford F-150.

Chinese manufacturer BYD has 100 electric trucks running in the United States, including one with waste management firm GreenWaste in Palo Alto, Calif. BYD previously had run a pilot with Casella Waste Systems in Maine, and reportedly has five of its first generation refuse trucks on the road here in the U.S.

There is a strong focus on refuse trucks and other large vehicles because “their low-speed, stop-and-go operations with predictable routes are an ideal fit with EV technology, according to the Environmental Defense Fund.

Funding issues are not the only problems that crop up when cities and municipalities switch to EV.

Back in 2014, Chicago purchased the first all-electric garbage truck in North America, designed by Motiv Power Systems, as part of a 5-year purchase order that could see the city procure 20 of these vehicles.

That relationship has crashed to a halt, with the city filing suit against Motiv in June 2019, alleging the electric garbage truck it purchased was defective and had been inoperative much of the time. It sought repayment of the price of more than US$1.3 million.

Motiv countersued, saying both parties had agreed that the truck was experimental and Chicago would have to purchase another four trucks for full real-world testing.

“Most of the problems are due to the technology for trucks still being relatively new,” Enderle explained. “We have a few years before the industry catches up to the hype.”

As it stands, the return on investment for large EV trucks “is not there,” Constellation’s Wang observed. “The goals are laudable, but the timing is off by five to seven years.”