CEOs Gone Wild: You Can’t Make This Stuff Up

This last few weeks has been kind of amazing as I’ve watched companies like Oracle and Cisco, which are well regarded for brilliant moves, seem to suddenly act as if they were naked and wanted to run with scissors.

Then, when I was convinced that I’d seen the worst, Sony decided to piss off the open source crowd and now is likely looking at the death of the PS3 in the U.S. I’m really starting to wonder if a lot of executive managers are trying to get on Jon Stewart’s “Daily Show” and not in a good way. Let’s talk about corporate foolishness this week.

I’ll close with the product of the week — my favorite media service, Netflix.

Cisco missed its numbers and this often gets company executives and boards to panic a bit. However, one of the decisions they made has to go down in the history books as one of the most stupid I have ever seen. Their handling of the Flip customers is actually almost epically bad.

You see, Cisco bought the Flip camera for around US$590 million — that is more than half a billion dollars, which is certainly significant. Over a period of time they forgot what the company was good at and allowed the price of Flip cameras to drift up into the $200 to $300 category, and they kind of screwed the pooch when it came to profitability. However, they retained market leadership in the segment, so they could either have recovered it — or that market leadership was likely worth at least 10 cents on the dollar. So they just wrote it off. This has a lot of us asking if they are just crazy.

Now, it is clear that Cisco has become unmanageable, but why would anyone think the same folks who made the decisions that got it there and made this one were smart enough to reorganize the company successfully? Typically, both problems are a sign of bad executive leadership — in other words, symptoms of a problem, not the problem. If you have folks who aren’t competent, how do you think they’ll do with a massive reorganization?

Or, put another way, if you saw a guy who was having trouble making competent decisions would you hire him to be a surgeon for your heart bypass? I look at Cisco’s board and wonder what the hell are those folks thinking? You ever hear the story of the three envelopes? I think we are just about at the end of it.

Oracle and the SEC

Oracle has to be one of the most interesting — and by interesting, I don’t mean good — companies for the SEC to watch at the moment. Let’s set the stage: The ex-head of HP is fired for allegedly sharing insider information, and not only does Oracle hire him, Oracle makes a big deal of how HP’s board shouldn’t have fired the guy. Now, if you were in the SEC, wouldn’t you wonder if Oracle took you seriously?

Recently, a new Bernie Madoff biography started making the rounds, revealing that the review of the collapse of Bernie’s company showcased that the SEC hasn’t been watching financial reporting accuracy enough and has been too heavily staffed with attorneys. These attorneys are undoubtedly trying to identify any similar problem before something like this happens again.

Symptoms, according to the book, are executives who are massively focused on personal wealth, executives who disregard corporate governance rules (which would include dating subordinates), and lack of adequate separation between the CEO, board and CFO.

The combination of these three things should have those SEC attorneys looking very nervously at Oracle, which kind of looks like an ideal candidate waiting for a trigger. So, coincidently, Oracle just fired its latest CFO (average tenure lately between four months and a year and a half) and put the executive who is likely the most loyal to Larry Ellison in that spot. If the SEC has an alarm, and it should, Oracle likely has it ringing off the wall.

I’ll grant you risk is fun, but messing with the SEC’s hot buttons as you are reporting incredible numbers — while it is clear that your battles with HP, coupled with Sun’s decline should be adversely impacting those numbers — is just scary risky. It is likely Oracle is begging for an SEC audit, and even the rumor of one of those can do incredible amounts of damage.

Put another way, Oracle seems to be doing its level best to look guilty, which is not a strategy I’d want to put forward with the SEC as active and as worried as it currently is. Be like running into a bull ring after a bull just took out the bullfighter waving a red cape and screaming “come get me, pussy.” It might be brave — it probably wouldn’t be smart.

If there’s a company that likes to tempt fate, it is Sony. Years ago, it actually put a rootkit on CDs to help prevent piracy. This is like putting explosives in products because you are afraid your customers might duplicate them. That didn’t end well. Given the right set of circumstances, something like that could put a company out of business.

A few years ago, Sony decided not to update its Lithium-Ion manufacturing lines, and batteries got contaminated. This contamination led to fires, and rather than recalling all of the batteries, Sony rolled the dice. A lot of batteries caught fire and vendors like Dell, Apple and Lenovo instituted recalls. No one was killed and no planes crashed, but both could have happened and Sony might not only have taken out themselves but much of the PC industry at the same time. Eventually, Sony was forced to do a recall.

Most recently, Sony removed Linux support from its PS3 console and then took the hacker that tried to restore it to court. This is kind of like Coke taking an obscure version of Cherry Coke off the market and then going after someone who creates an additive that puts the lost flavor back in for the few very loyal fans of that flavor — and these loyal fans are all militant activists.

But unlike that example, which might have health risks, it was pretty hard to see a risk to Sony or its customers from what George Hotz, the hacker, was doing to the PS3 with a Linux port. Anonymous took offense, and Sony pretty much told them to shove it, which would have a high likelihood of causing a very hostile response. While Anonymous was trying to do a DoS attack, it appears someone else jumped in to steal — twice — a massive amount of credit card data. This got Sony called before members of the U.S. Congress, who were not amused, and Sony then blamed Anonymous,even though that group doesn’t operate this way.

I’m told you can buy PS3s on eBay for pennies now and that massive numbers of gamers have moved on, with a likely sustained impact on Sony in the hundreds of millions and possibly the death of the PS3 — all because they didn’t want some guy to restore a feature that they once provided. This is so stupid the word “stupid” isn’t adequate. Oh, and instead of disengaging, Sony seems to want to prolong the fight.

Some days I just sit back and watch some of this stuff go on and wonder what the hell folks are thinking. The Cisco Flip thing was bad, Oracle just seems to have a death wish all of a sudden, and Sony’s actions make the other two firms look sane by comparison.

Maybe it’s a full moon, but I expect it has more to do with egos getting in the way of common sense, and the reality of boards that are either not engaged, unqualified or powerless. In any case, I hope it gets better before I come to the conclusion that the technology market needs a Jon Stewart and try to fill that role, because I just don’t think I’d do it justice.

Product of the Week: Netflix

I go through periods of massive travel, and watching TV in hotel rooms pretty much sucks because I can rarely see any of my favorite shows from the beginning. When overseas, there is seldom anything but BBC or CNN news in English, and my favorite news program — and guilty pleasure — is “The Daily Show with Jon Stewart,” which really isn’t news at all. 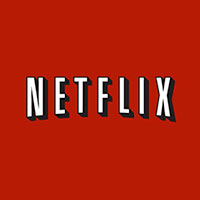 I always have a laptop and an HDMI cable, so I can plug into the hotel room TV (thank god for flat panels) and watch Netflix programs where ever I am.

This week, I was in Austin and watched old Harry Dresden episodes (another favorite which, unfortunately, isn’t on the air anymore); I’m a huge fan of the books too.

Netflix has become my travel companion and it, along with TiVo ToGo (when I remember to copy programs before I travel) have become my little piece of home when I’m away. It is a great application and service, and bringing a little bit of home to someone who is a little homesick is a reason to make anything, and in this case Netflix, my product of the week.